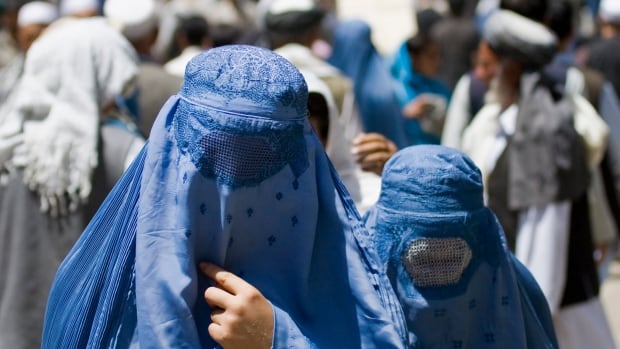 Afghan Taliban rulers on Saturday ordered all Afghan women to wear the all-covering burqa in public, a sharp hard-edged mandrel that confirmed the worst fears of human rights activists and would further complicate Taliban dealings with an already distrustful international community.

The decree imposed similar restrictions on women during the Taliban’s earlier brutal rule between 1996 and 2001.

“We want our sisters to live in dignity and safety,” said Khalid Hanafi, acting minister of the Taliban Ministry of Vice and Virtue.

A spokesman for the Ministry for the Propagation of Virtue and Prevention of Vice read the decree of the group’s supreme leader, Hibatullah Akhundzada, at a press conference in Kabul, saying that a woman’s father or closest male relative should being visited and eventually imprisoned or fired from government jobs if she didn’t cover her face outdoors.

The Taliban have previously decided not to reopen schools for girls above grade 6, reneging on a previous pledge and choosing to appease their hard base at the cost of further alienating the international community.

“Hajib is necessary for all worthy Afghan women to wear and the best hajib is chadori (the head-to-toe burqa), which is part of our tradition and is respectful,” said Shir Mohammad, an official in the Ministry of Vice and virtue in a statement. statement.