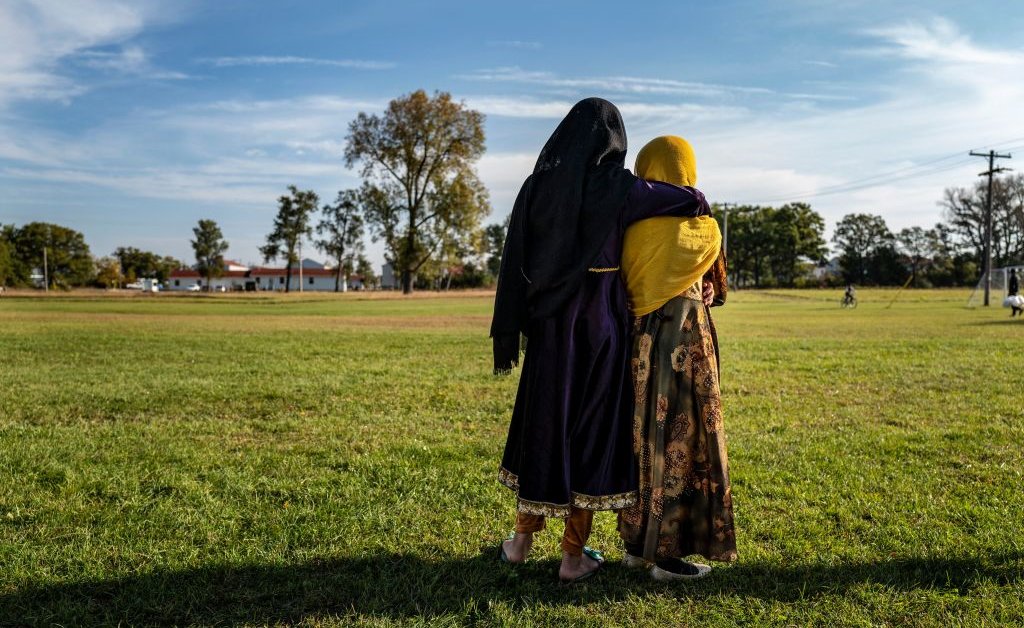 TThe Biden administration will now allow Afghans in the US to apply for Temporary Protected Status (TPS), a designation that protects them from deportation for 18 months, grants them work permits and allows them to travel.

The Department of Homeland Security (DHS) estimates that 72,500 Afghans already in the US are eligible for TPS. This will not affect Afghans attempting to enter the US and remain abroad, and will not guarantee permanent residence in the US for those already here.

†[TPS is] another short-term band aid for a population that needs and frankly deserves protection,” said Krish O’Mara Vignarajah, president and CEO of Lutheran Immigration and Refugee Service (LIRS), a refugee resettlement organization. “Our nation has promised that we would protect them in return for their service and sacrifice, we cannot put an expiration date on that promise. And we cannot leave them to the whims of future governments.”

When the US withdrew from Afghanistan in August 2021, it began evacuating thousands of Afghans. Ultimately, nearly 80,000 were evacuated and allowed to remain in the US under a designation known as humanitarian parole. DHS first announced it would begin offering TPS to Afghans on March 16, but it first had to go through a process to publish the designation in the Federal Register. That publication came on Friday and opened the door to TPS for Afghans.

TPS does not offer the same benefits as refugee status, including a permanent path to residence in the US. But it could provide a temporary solution to a looming crisis: Afghans’ humanitarian parole is only valid for two years. An act of Congress would be required to amend their humanitarian parole so that they can apply for a path to citizenship. If that doesn’t happen, many Afghans are likely to apply for asylum, leaving them in the middle of the clunky immigration court system, which was already backlog by more than 1.6 million cases in January. Allowing Afghans to apply for TPS will allow them to stay in the country longer and apply for asylum.

But as the name suggests, TPS protections are temporary. For Afghans who have been in the US since March 15, TPS will protect them from deportation for 18 months. It is in the sole discretion of DHS to decide which countries will be added to the TPS eligibility list — Afghanistan joins 13 other countries, including Ukraine, South Sudan and Haiti — and when and if the benefits will expire. In some cases, DHS has extended TPS protection for decades, renewing the designation each time the expiration date approaches, a cycle proponents say they worry about could trap Afghans.

“It’s a temporary status, so there’s no security for people,” said Robyn Barnard, senior policy council for refugee protection at Human Rights First, an advocacy and research organization. “It’s really not fair and sustainable to constantly live in these 18-month windows.”

‘We are going through a trauma’

Humaira Rasuli, a human rights lawyer and Afghan woman who evacuated the country during the US withdrawal and now lives in Virginia, says she is one of the lucky ones. Not only did she receive humanitarian parole, but she also qualified for a special immigrant visa approved for certain Afghan nationals to work with US troops, which puts her on the path to citizenship.

But there are thousands more in the US who have not received the same protection, she says, and thousands more abroad who are at risk, including members of her family. “For those of us out of the country… we have some guilt,” she says. “We are one of the few that is protected and safe, and the majority of Afghan people, especially women, are not safe.”

Rasuli says she has found a hospitable home in Virginia, but her parents and sisters are left behind in Afghanistan. Their attempts to join her in the US have so far failed, and the new ability for Afghans in the US to apply for TPS does not help those left behind in Taliban-controlled Afghanistan or those moving to other countries. have fled and have applied for entry into the US under humanitarian parole. “All the time we go through trauma, one trauma after another,” says Rasuli. “You are constantly afraid that something will happen. Believe me, if my parents don’t write to me within a day, I already have the feeling that they have been kidnapped, or that something has been done to them.”

US Citizenship and Immigration Services (USCIS), the agency that processes humanitarian applications for parole for Afghans abroad, is lagging behind in processing tens of thousands of applications. And so far Congress has failed to pass more permanent protections for Afghans. The Afghan Adjustment Act would allow Afghans on humanitarian parole in the US to apply for permanent residency. The bill has bipartisan support, but its proponents’ most recent attempt to tie it to a new $40 billion aid package for Ukraine has failed.

For the time being, TPS has become the last emergency measure. “While TPS is a welcome safety net, it doesn’t mean we should keep kicking the gaze to the road,” said LIRS’ Vignarajah. Each time Congress “fails to act on it is another extension of the fear facing our new Afghan neighbors.”