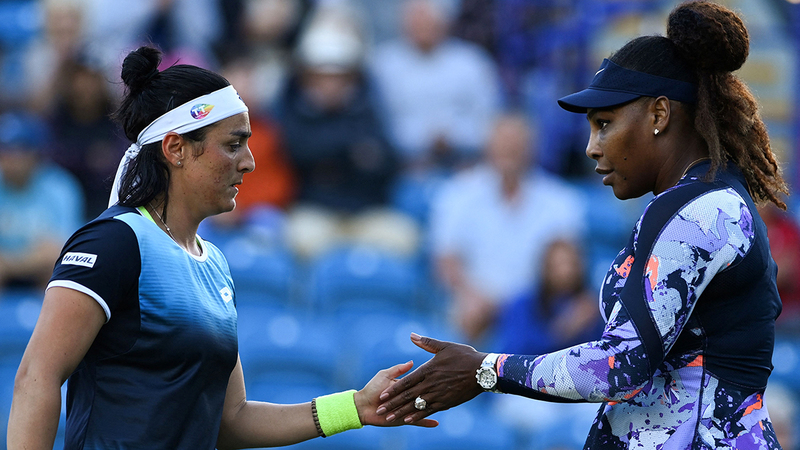 Tunisian Anas Jaber, third in the world, had to withdraw from the Eastbourne Tennis Tournament on grass, along with US veteran Serena Williams in the doubles competitions, due to a knee injury, organizers announced on Thursday.

A statement from the organizers said the duo “withdrew from their semifinals due to an injury to Anas Jaber’s right knee.”

Serena, 40, returned to Eastbourne after a one-year absence since her withdrawal from the first round of Wimbledon last year due to injury, choosing to play with Jaber in the doubles competitions and reaching the semi-finals after winning the first two games.

However, the American’s career will come to an end at this point as she competes in Wimbledon, the third grand slam, in her first singles, after the 1204th world ranking has currently been invited to participate, knowing the draw will be today, Friday. take place .

As for Jaber, she hopes she will be ready for the tournament, which starts next Monday, and be one of the most prominent candidates to compete for the title, in sympathy with the levels she offers this season, after winning of the Madrid tournament title and runner-up in Rome, both of which are among the thousand jobs on dirt and her feat of the Berlin championship title on grass last week. †