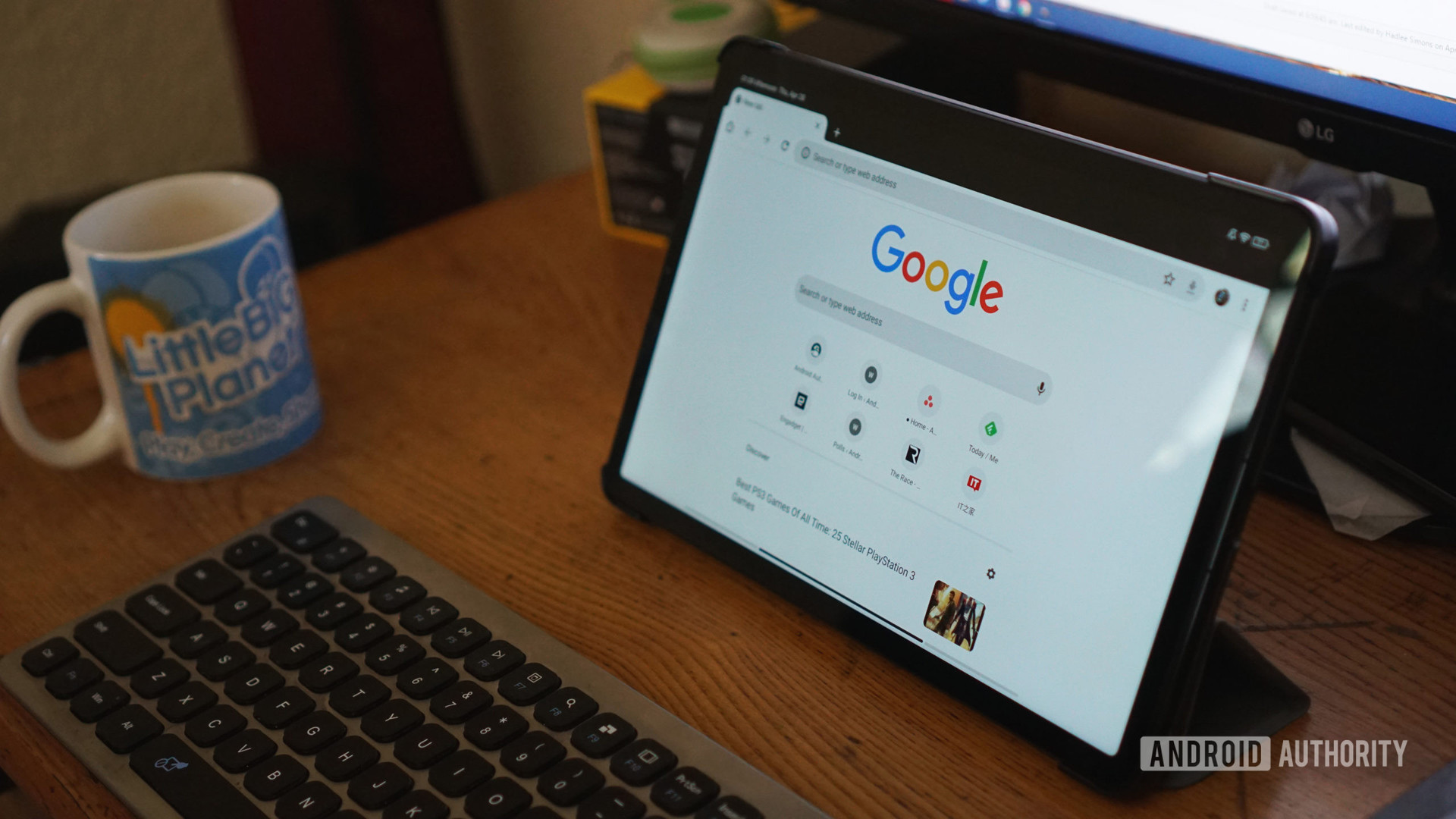 Android tablets have seen a bit of a resurgence during the pandemic as the trend of working from home and learning at home has increased the need for affordable productivity devices. Between the Samsung Galaxy Tab series, the Realme Pad line, the Xiaomi Pad 5 and the Nokia T20, consumers have quite a few slates to choose from these days.

You could argue that hardware was never the problem with Android tablets, but Google certainly seems to be taking the problematic software seriously now. The company recently unveiled Android 12L, bringing a host of tablet-focused features to the table. These additions and tweaks include an overhauled UI with large screens in mind, a taskbar, and drag-and-drop split-view multitasking.

Opinion: With Android 12L, Google needs to learn by example

It is therefore clear to see that Google is trying to improve the software experience on Android tablets. But after using one for work for the past few months, there’s one app that Google really needs to improve on on tablets.

Simply put, Google needs to turn its attention to the Chrome web browser if it wants Android tablets to become more viable in the workplace.

Simple doesn’t necessarily have to be basic

I bought a Xiaomi Pad 5 earlier this year thinking it would be a solid backup work device if the power goes out every now and then. I’ve been using it for work for several days this year and I quickly noticed that there are quite a few areas where Chrome for Android falls short compared to the desktop version.

No support for extensions

Perhaps the biggest misstep is Google’s continued refusal to bring extension support for Chrome to Android. This is particularly noteworthy in my case, as tools like affiliate link extensions and Grammarly are needed during the workday.

Extensions are also a super useful feature for consumers in general, with offerings such as ad blockers, screenshot utilities, note-taking apps, and security/privacy tools being some of the more popular add-ons on the desktop version of Chrome. They are by no means a niche position.

We know it is possible to have extensions on mobile because the brave Kiwi Browser app supports them on Android. Sure, some extensions just don’t work, but those from LastPass, video downloaders, Honey, and Privacy Badger are all compatible, just to name a few prominent add-ons. Not bad for a novice browser, right?

An even bigger browser that supports extensions on mobile is Safari for iOS and iPad OS. Apple brought extensions to its internal browser with iOS 15 and iPad OS 15, with plenty of add-ons to choose from. This is definitely one feature we want Google to steal from Apple on mobile.

Google seems to be more concerned about ad blockers in Chrome for Android than it is about providing a more user-friendly experience at the desktop level.

It really seems that Google is more concerned about people potentially installing ad blockers in Chrome for Android and cutting one of its revenue streams than it is about providing a more user-friendly experience at the desktop level.

The obsession with launching native apps

Another annoying problem I’ve encountered when using Chrome for Android is that services are far too happy to send you to an app instead of letting you use a web-based alternative (I’m talking about you, Asana). Do you really need another app in the background on a tablet when a browser tab is working fine?

This can in many cases be circumvented by enabling the “desktop site” setting – a feature recently simplified by Chrome, allowing you to keep the option checked permanently. But it would be great if you can change it per site or when the browser detects that a keyboard is connected.

Google should definitely take some tips from Apple and its iPad range here. iPad OS 13 made “desktop-class browsing” the default more than two years ago, as the tablet browser basically identifies itself as a macOS browser out of the box and displays websites accordingly. Additionally, Apple’s tablets offer the ability to change the desktop setting on a per-site basis, allowing you to switch seamlessly between mobile and desktop views.

Chrome for Android needs a lot of improvements if Android tablets are to stay in the workplace and classroom.

Other notable missing features compared to the desktop version of Chrome include muting tabs and support for multiple profiles. The latter is especially annoying if you have two separate Google accounts for work and personal use, each with its own browsing history, bookmarks, passwords, and other details.

It’s really unfortunate to see Chrome for Android holding back tablets at the moment, as we know Google’s own Chrome OS offers a more comprehensive browsing experience. Features like extensions, multiple profiles, and desktop-class browsing are the norm there.

Android tablets have clearly seen an upward trend in sales for work, education and play during the pandemic. This was also accompanied by Google’s focus on delivering a better Android for tablets and large-screen devices. But a better operating system for tablets doesn’t mean much if the web browser is still stuck in the past.

Platforms like Windows, iPad OS, and even Google’s own Chrome OS have all embraced a browser-first philosophy or at least made the browser an equal citizen. So Google will have to follow suit with Chrome on Android if it doesn’t want Android tablets to sink into the productivity market for good.

What feature do you want most in Chrome for Android?