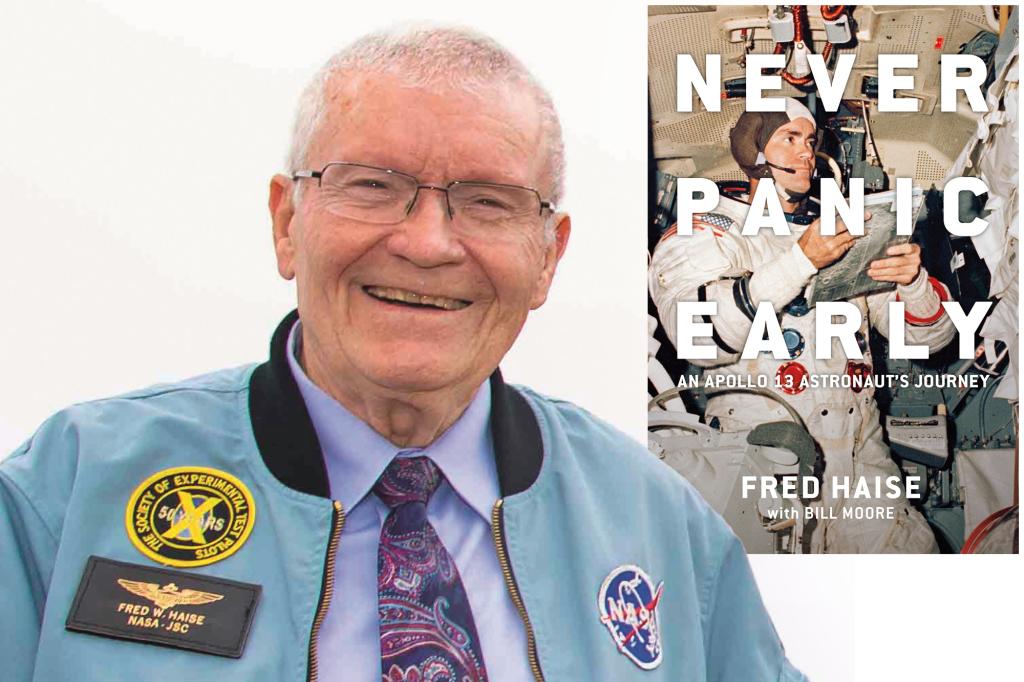 In his new memoir “Never Panic Early: An Apollo 13 Astronaut’s Journey,” 88-year-old Fred Haise describes a life of hard work, exploration, and stoicism, even in the most terrifying moments. In 1970, Haise would become the sixth man to walk on the moon as a Lunar Module Pilot on Apollo 13.

But his journey there did not go quite as planned.

On day three of the voyage, one of his fellow astronauts uttered the infamous words, “Houston, we had a problem here,” after an onboard oxygen tank exploded.

A total rescue mission followed to get the three-man crew home safely – and it caught the attention of the whole world.

For several excruciating days after the outage, Haise suffered from a urinary tract infection that traveled to his kidneys. He remembers “trembling like a cold dog with a fever,” unsure whether he would ever see his wife Mary and their children again. (The book includes photos of the calculations he scribbled on scrap paper to determine if they had enough battery power and water on board to get home.)

Once back on Earth, Haise recounts the moment the world stopped to welcome him home: “Confetti and ticker tape were thrown from the windows in Manhattan, sirens sounded in Los Angeles, the bells in the National Cathedral tolled ten minutes, and in Grand Central Station, people from all walks of life stopped and applauded.”

Although he had already been portrayed by Bill Paxton in the 1995 film “Apollo 13,” Haise told The Post that he wants to tell readers the inspiring story himself: “The story of Apollo 13 teaches you that, if you are prepared and a lot of training to handle all possible eventualities like we did, then you can survive and be successful.”

For his brave service, Haise is the proud recipient of NASA’s Distinguished Service Metal, a Presidential Medal of Freedom, and a place in the International Space Hall of Fame.

“At 88, I finally reached a point where I had free time,” he said. “I thought I’d tell everyone a little bit about my blessed life.”