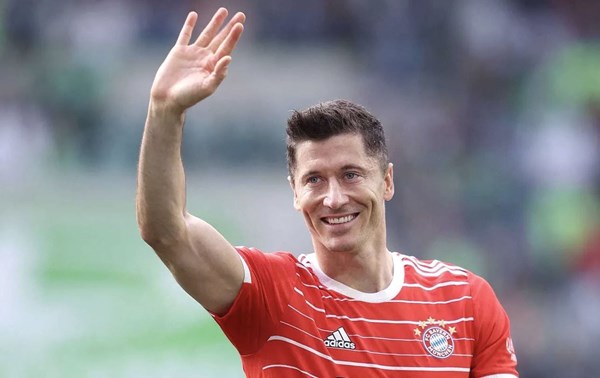 Munich (dpa)
Press releases in Germany revealed that Spanish football club Barcelona has increased its bid for Bayern Munich’s attacking star Robert Lewandowski.
And the German newspaper “Bild” wrote that the Catalan club offered to pay the Bavarian club 35 million euros to obtain the services of Lewandowski, 33, who won the prize for the best player in the world.
Barcelona is said to have made an initial offer of €32 million for the Polish international.
Bild reported that Bayern had asked for up to €50 million in exchange for Lewandowski.
Remarkably, Lewandowski’s desire to leave Bayern has been causing a stir for weeks after he stated he no longer sees his future at Bayern Munich, with whom he still has a contract until the end of June 2023.
Bayern club officials, such as club chief Oliver Kahn and sporting director Hasan Salihamidzic, had ruled out Lewandowski’s departure.
Members of the economically battered club paved the way at last Thursday’s meeting to generate new revenue and are expected to generate €600-800 million in cash by selling assets to the club, which reportedly owes €35. 1 billion euros.