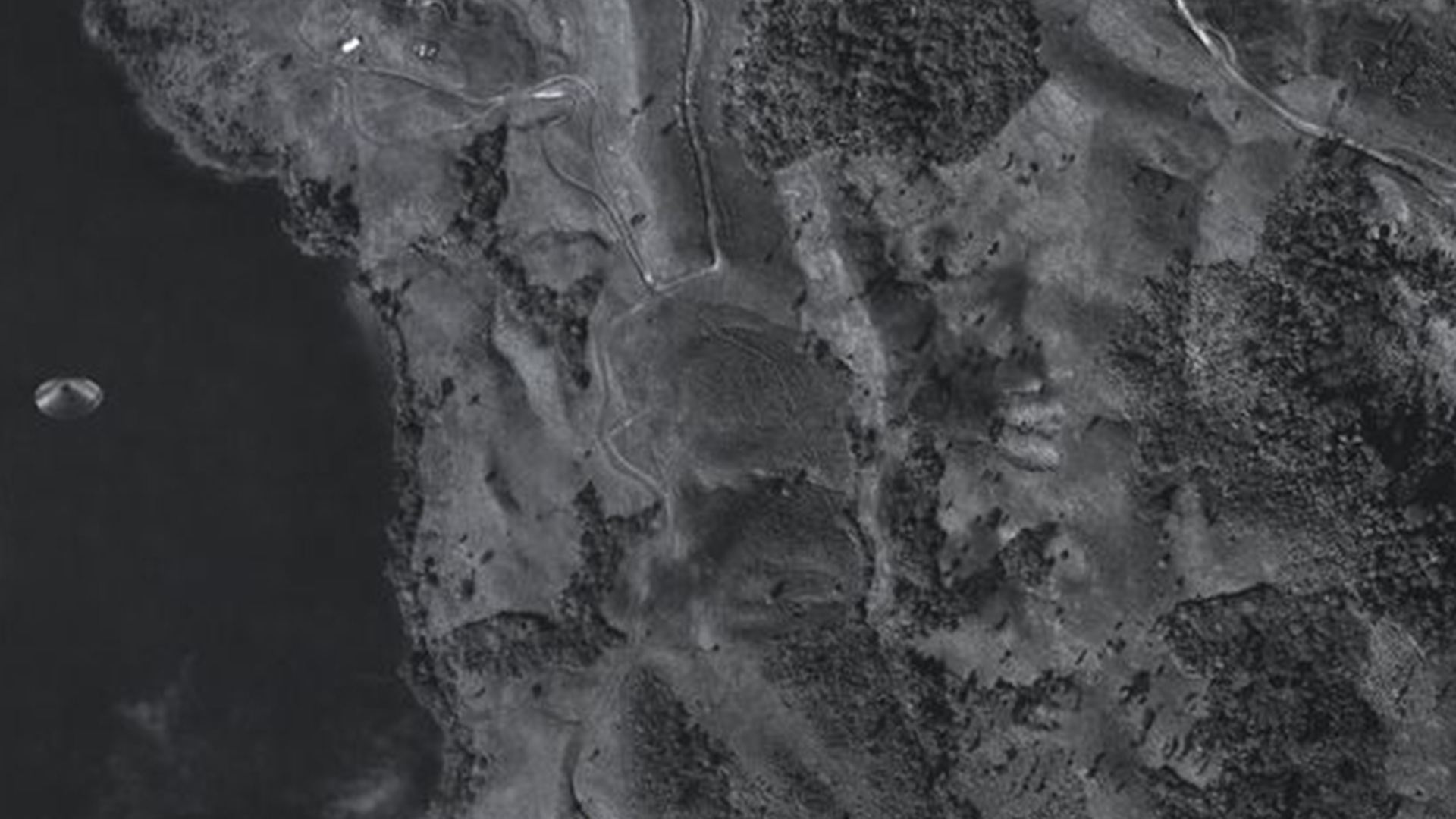 THE “Best Ever” UFO Photo Released 50 Years After Its First Shot.

The original photo was taken from a plane flying over the jungles of Costa Rica and shows what appears to be a metal disk floating beneath the plane.

And the image is now half a century after it was first captured, updated and released in a new high-resolution print.

Aerial photographer Sergio Loaiza used a 100-pound map making camera as he flew over Costa Rica at an altitude of about 10,000 feet on a mission to survey land.

Sergio was exploring the land for the construction of a hydroelectric power station near Arenal Volcano in the country’s northern highlands.

While flying over Lake Cote, he captured multiple high-resolution black and white photos of the lake and surrounding rainforest at 20-second intervals.

In this frame, time-stamped at 8:25 a.m., a shiny metal disk eerily resembles a classic alien “flying saucer” between the ground and Sergio’s plane.

The strange object is only visible in frame number 300 of the images and there is no trace of it in either frame immediately before or after.

The pilot and his three crew members did not see anything during the actual flight.

Depending on the estimated height of the object, it is believed to have been between 120 and 220 feet wide.

Sergio’s image sparked discussions about aliens, but despite careful analysis from UFO skeptics, it has never been explained.

Critics, of course, tried to figure out how the image could have been manipulated.

But despite theories that the “UFO” could be an accidental reflection of a lake, attempts to create a “fake” version of the image using the technology of the time were unsuccessful.

Oscar Sierra, a UFO researcher based in Costa Rica, said, “It’s one of the most compelling scientific confirmations that UFOs are real.”

Sergio’s mysterious photo began to be forgotten over time, but came back to the fore in April 2021 thanks to some media attention.

New York Times reporter Leslie Kean described the image as “the best picture of a UFO ever taken”.

He said: “There was a disk object and you can clearly see the sun reflecting off this round object with a little dot on top and what’s important is that it was a government photograph.

“There’s a clear chain of custody. It’s always been in the possession of the Costa Rican government, so you know it’s authentic and it’s completely inexplicable.”

It comes after users on Google Maps believe they’ve spotted a crashed UFO on a mysterious desert island.