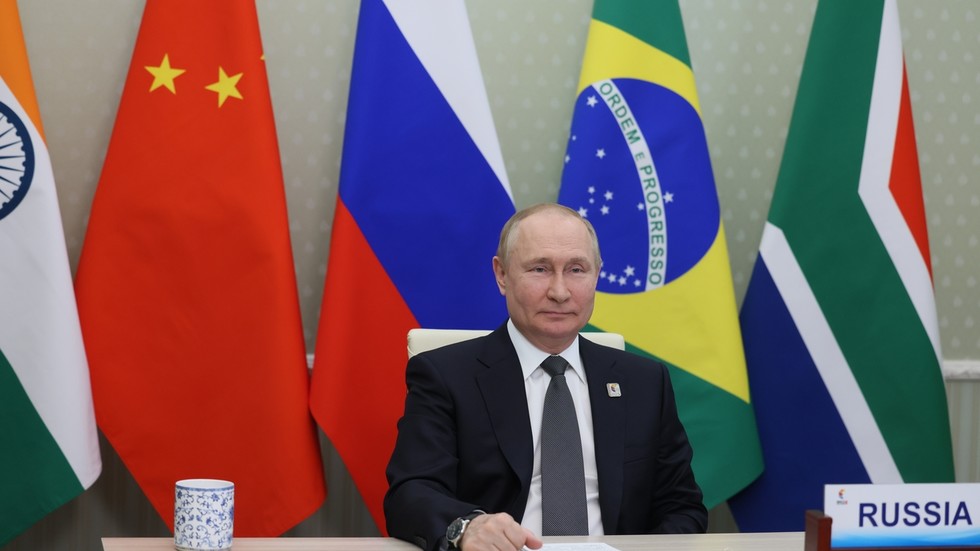 BRICS member states called for: “A World Without Nuclear Weapons” in a joint statement adopted on Thursday.

“We reaffirm our commitment to a world without nuclear weapons and emphasize our strong commitment to nuclear disarmament and our support for the work on this topic during the 2022 session of the Conference on Disarmament,” the statement reads.

The group also praised a joint statement by the permanent members of the UN Security Council (P5) – China, France, Russia, the UK and the US – confirming that a “nuclear war cannot be won and should never be fought.” The major nuclear powers managed to show a rare display of unity earlier this year.


Apart from that, the BRICS resolution called for support towards: “Negotiations in bilateral and multilateral form to resolve all problems related to the Korean Peninsula, including its complete denuclearization.” The group also urged “Resolve Iran’s nuclear issue through peaceful and diplomatic means.”

The BRICS bloc – Brazil, Russia, India, China and South Africa – has gathered for its 14th summit, hosted by China, which currently holds the rotating presidency within the group. BRICS leaders met Thursday via a video link.