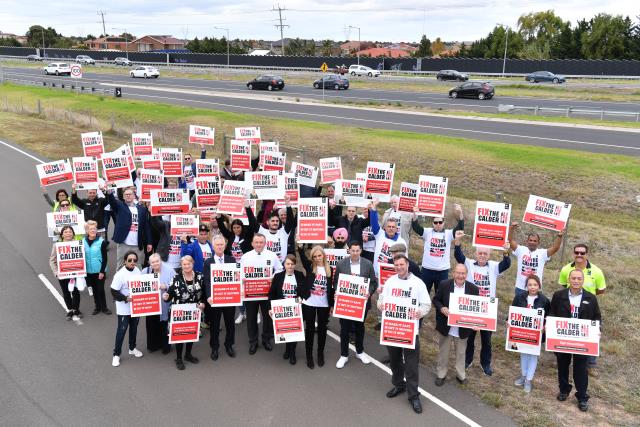 The state government has been criticized for failing to include significant funding for Calder Freeway upgrades in this year’s state budget, despite predictions that it will become Melbourne’s second most congested road by 2031.

Calder Action Group president Russell Mowatt Significant population growth along the highway corridor meant that the road was in urgent need of upgrading to ease congestion.

As reported by Star Weekly, a 2019 report from Infrastructure Australia warned that by 2031 the Calder Freeway will become Melbourne’s second most congested road during the morning rush hour and the third busiest in the evening.

The report said the highway struggled to meet demand from the outer growth areas, and in 2016 it was the seventh most congested road in Melbourne during the morning rush hour and ninth during the evening rush hour.

The state and federal governments announced $50 million last year to upgrade the highway between Gap Road in Sunbury and the M80 Ring Road, following the Brimbank council’s ‘Fix the Calder’ campaign.

According to the budget documents, $90.65 million of the $100 million earmarked for the project last year has not been spent and there is no confirmed completion date for the upgrades.

Mr Mowatt said the Calder Action Group had expected more money for the upgrades to address the “serious economic and social penalties” associated with the congestion on the road.

He said the Calder Park Drive overpass was “necessary now” to improve safety at the interchange.

“However, time has passed with no clear indication of when further work will be funded, despite significant population growth in the areas served by the Calder and continued accident rates,” he said.

A government spokesman said the total investment in transportation infrastructure in the north and northwest would help people get around.

“Our $20 billion investment in Melbourne’s north and northwest through the Big Build is changing the way people move.”

“These local communities have experienced significant growth, putting pressure on the transportation network, so it’s great to see plans being made for the busy Calder corridor.”