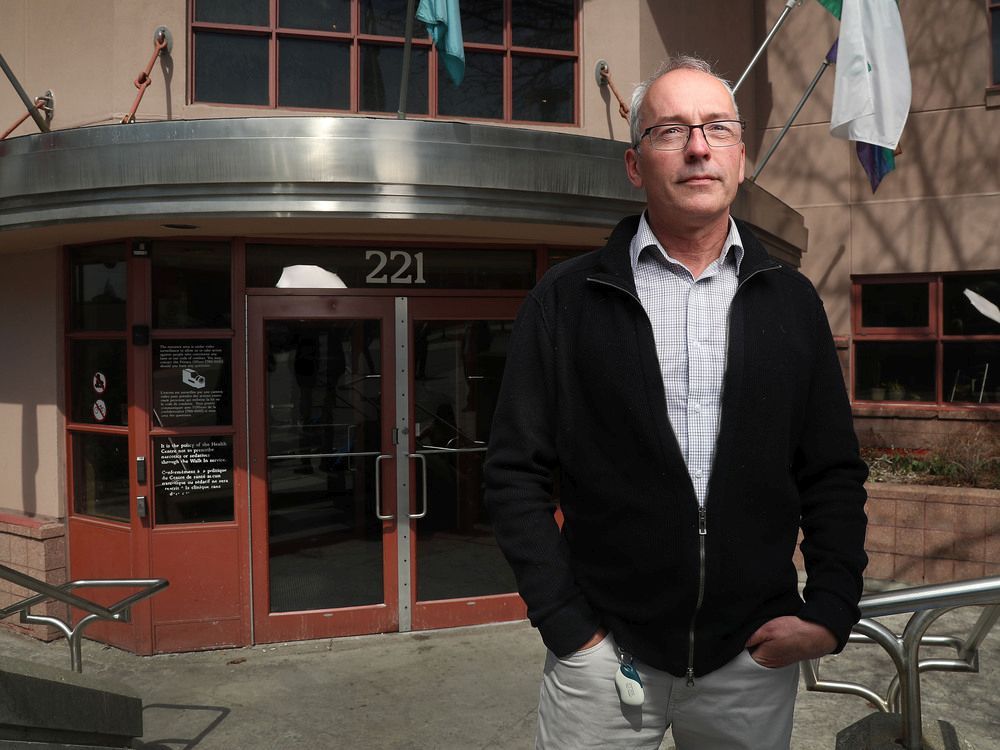 With the number of opioid-related visits to Ottawa’s emergency rooms surpassing 1,000 last year, the director of a harm reduction program says provincial political parties must pledge to expand access to programs that ensure safer drug delivery.

Rob Boyd, director of the Sandy Hill Community Health Center’s Oasis Program, also said that the four controlled consumption locations in Ottawa were not enough to meet demand, but that it was difficult to get to some of the places. that the city needs.

“I think we are seriously underestimating the need or the number of people who want to use the services,” Boyd said Friday.

In a partnership with Crime Prevention Ottawa, Boyd investigated the safety problems of downtown drug users and presented his findings Thursday to the city’s Community and Protective Services Committee, but questions from councilors extended to the current state of the city. drug use in Ottawa.

In Friday’s follow-up interview, Boyd said more people could benefit from harm reduction programs than service providers could accommodate. He believes that the opioid crisis has not received enough attention during the provincial election campaign. The election is on June 2.

More people died or were hospitalized as a result of opioid overdose in 2021 than in the previous year.

There were 234 opioid overdose-related visits in the first four months of 2022.

The regulated drugs are alternatives to toxic drugs sold on the street, and the program gives people access to health professionals.

Boyd said the local safer sourcing program had been maximized.

Donna Sarrazin of Safer Supply Ottawa, a collaboration of several partners and prescribing sites, said 450 people participated in the program. People ask about participation in the program on a daily basis and are assessed appropriately, Sarrazin said.

Federal funding for Safer Supply Ottawa will expire in March 2023.

Boyd described another challenge when it came to treating opioid agonists.

The high-dose hydromorphone is not available under provincial regulations, making it difficult to match doses of fentanyl on the street, affecting the number of people adhering to treatment, he said.

When it comes to controlled places of consumption, Boyd says programs are needed for people who live outside the inner city. Ottawa’s locations are in Lowertown, Sandy Hill, and Chinatown.

Ontario’s progressive conservative government has limited the number of controlled places of consumption to 21 at the start of its last mandate.

Each of Ontario’s four major parties recognizes the opioid crisis in one way or another.

The PCs will run on the budget they presented in April, before the election campaign began. The budget document called for “employers of known risk” to provide naloxone kits and training in workplaces where overdoses were a risk. The document also said there would be an additional $204 million for mental health and substance abuse treatment.

The NDP platform says that party would declare a public health emergency for the opioid crisis and remove the cap at controlled consumption places. The NDP would “work on safer alternatives to the current toxic and deadly supply of drugs available on the street” and work with the federal government to decriminalize personal drug use.

The liberal platform is proposing $300 million for opioid addiction treatment. The Liberals would lift the cap on controlled consumption and treatment sites and “reactivate” the Opioid Emergency Task Force.

The Green Party platform speaks of “housing first” in its plank on addictions and says the party would declare the opioid crisis a public health emergency and “reboot” the opioid task force. The Greens would also increase the number of consumption and treatment sites and expand the distribution of naloxone kits.

The changing drug situation continues to keep harm reduction professionals on their toes.

Boyd says there’s a new drug phenomenon going on in Ottawa: a growing number of people are using crystal meth.

Boyd also called for greater focus on housing programs and recognition that some people benefit from supportive living.

At the end of Boyd’s presentation to the Community and Protection Services Committee on Thursday, he made recommendations on safe spaces, peer ambassador programs, storage services and training.

The committee, whose members expressed deep concern about Ottawa’s drug problems, made no recommendations of its own to the council in light of Boyd’s investigation.

“I believe it has given a few committee members and councilors food for thought on the matter,” Coun said. Matthew Luloff, chairman of the committee, said after the meeting. He said the commission could consider actions in the future.

Ontario 2022 Elections: Tense Public Health System Not Getting the Attention It Needs: Association

Ontario 2022 elections: Candidates in the Renfrew area agree on some priorities for rural driving

Education explained: Our panel takes on the big issues facing Ontario’s next premier

Housing Explained: Our Ontario Election Panel Talks Affordability and What the Next Government Can Do