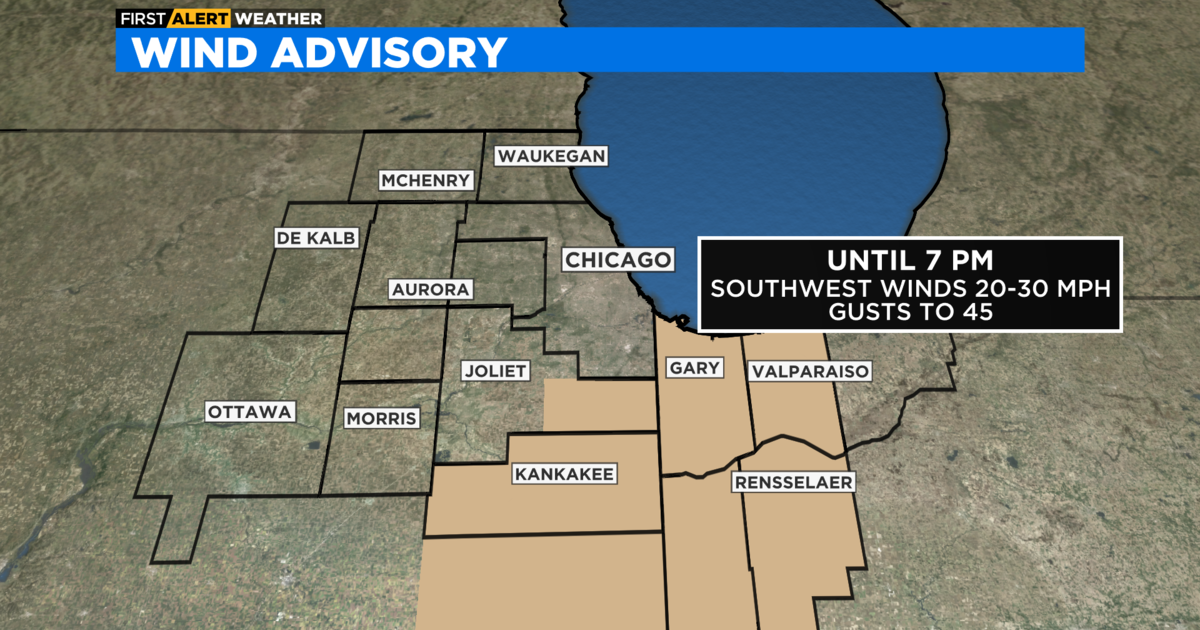 CHICAGO (CBS) – A wind advisory is in effect for parts of the Chicago area until 7 p.m., with gusts of up to 45 mph expected.

Southwest winds are expected from 20 to 30 mph, with gusts up to 75 mph, according to the National Weather Service.

The wind can cause tree branches to fall down, causing power outages in some areas.

Drivers need to be extra careful on the roads, especially if they are driving a high-profile vehicle.

Between 5 and 6 p.m., a cold front will cross the Chicago area, turning winds into a cooler, northwesterly current.

Showers will follow the front and increase overnight with occasional showers and thunderstorms.

We will be dry on Sunday and it will be cooler than usual for the next seven days.

Meteorologist Mary Kay Kleist can be seen on CBS News Chicago at 5 p.m. and CBS2 News during the week