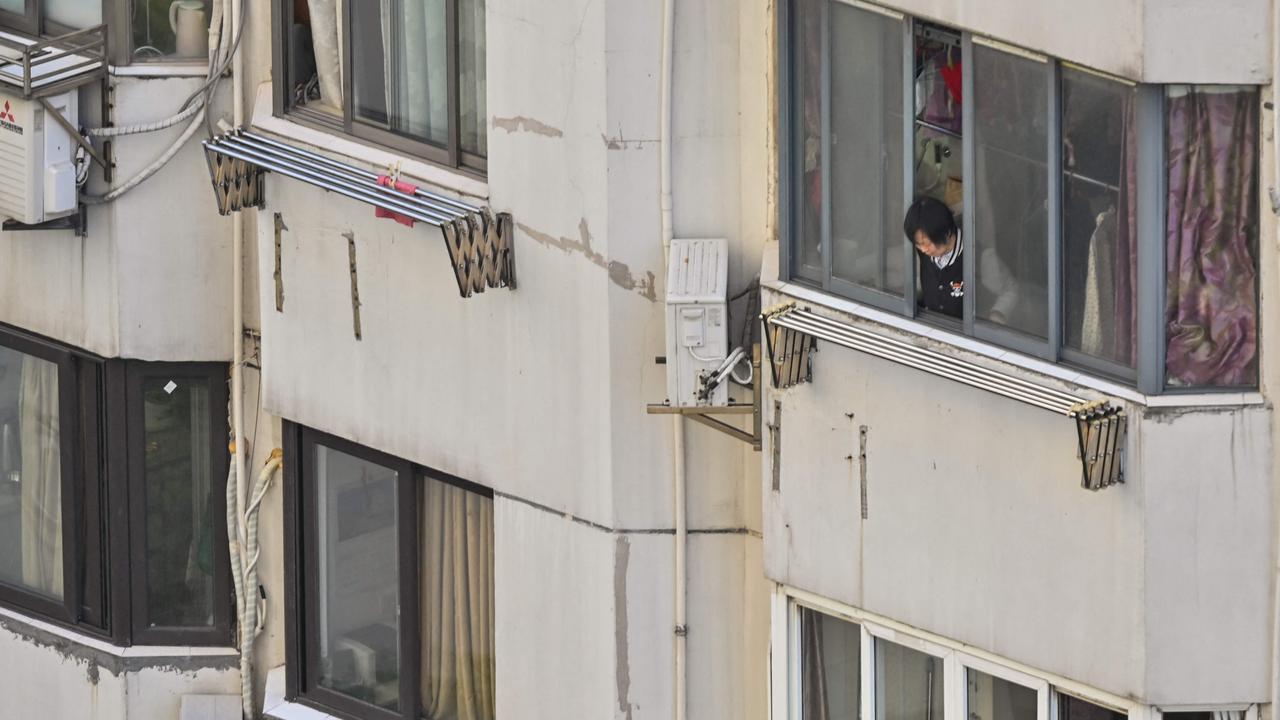 China’s harsh lockdown in response to the Omicron outbreak is at the expense of the rest of the world. And that includes Australia.

Looking at the events in China, you might think that we had collectively traveled back in time to the dark days of February and March 2020, when China sent its cities the world’s first 21st-century lockdown.

Despite most countries now trying to live with the Covid-19 virus, in China Beijing’s strategy of Covid-zero, or near-zero tolerance for the spread of the virus, remains its fallback position in its response to the virus.

While the vast majority of the world is concerned with lockdowns and other measures, China has earned a well-deserved reputation as the world’s most draconian lockdowns.

Recent scenes in Shanghai of people being fenced off in their homes and apartment complexes showed Beijing’s genuine commitment to trying to contain the virus.

And while these containment measures have been successful in the past, they come at a high cost – both to the people subjected to them and to the Chinese economy.

Perhaps one of the best examples of the link between China’s lockdowns and the impact on global supply chains is the mega-city of Shanghai. The city has been closed to varying degrees since the end of March, with the city’s 26 million inhabitants largely confined to their homes for several weeks.

It didn’t take long for the impact on supply chains to be felt. In just days, the number of ships waiting to berth in Shanghai Port began to rise. On May 3, 344 container ships were waiting to dock.

To put this figure into perspective, the combined number of container ships waiting to dock at the two busiest ports in the United States (Los Angeles and Long Beach) during the height of the US supply chain crisis was about 100.

Due to China’s lockdown and other factors, congestion and delays have died out to hit major ports around the world.

According to a recent survey by analysts at the Royal Bank of Canada, about one in five ships in the global container fleet were currently stranded in a major port.

In early 2020, it took 51.1 days for a shipment to go from a manufacturer’s factory port in China to a distributor’s warehouse in the United States. By mid-April, that figure had risen 117 percent to 111.3 days, according to global logistics platform Flexport.

As virtually anything labeled ‘Made In China’ is affected in some way by the ongoing lockdowns, delays are the order of the day and shortages of some products may arise.

While Australian industry and retailers have done their best to address the challenges that supply chain problems have created for them, this additional hurdle will add to the problem later in the year as delayed shipments and production begin to drain inventories. to feed.

Over the past 18 months, Australians have had a decent education in the realities of supply chain-driven inflation, along with virtually everyone else in the world. In short, if transportation or production is disrupted to such an extent that there is insufficient supply to meet demand, prices rise.

With inflation currently at 5.1 percent, the highest level in more than two decades, further inflationary pressures from lockdowns in China would further challenge households. Meanwhile, in Australia, after our first rate hike in more than 11 years, further upward pressure on inflation could prompt the Reserve Bank to consider raising interest rates faster than they currently intend.

In a recent article for publication of the Chinese Communist Party Study times, China’s Health Minister Ma Xiaowei has pledged to uphold Beijing’s “dynamic zero-covid policy” and urged the country to take a firm stance against thoughts of “coexistence with the virus.” He also ruled out any easing of restrictions ahead of the Communist Party Congress in October.

With more than five months to go until Congress, Australia and the world could face inflationary pressures through the end of the year and possibly beyond due to supply chain problems driven by the Covid zero strategy from Beijing.

A blow to a slowing global economy

Earlier this week, it was announced that global manufacturing output had fallen for the first time since the early days of the pandemic. While a major factor in the production decline was caused by the impact of lockdowns on China’s manufacturing sector, it is only one part of an increasingly challenging puzzle.

In Europe, a recession is becoming more real as the impact of government stimulus wanes and rising energy costs take their toll on households and businesses.

In the US, major manufacturing data releases, such as the ISM Purchasing Managers Index, recently revealed weakening industry growth and employment on the brink of possible decline.

While key Australian economic data, such as GDP growth and unemployment, are still performing strongly, the picture behind key data is already a lot more challenging for Australian households.

Wage growth is slowing in inflation-adjusted terms, there is a looming housing crisis as the RBA is expected to implement a series of rate hikes, and consumer confidence remains very weak according to ANZ’s weekly survey.

It all points to Australia not being immune to a global economic slowdown.

Tarric Brooker is a freelance journalist and social commentator. † @AvidCommentator