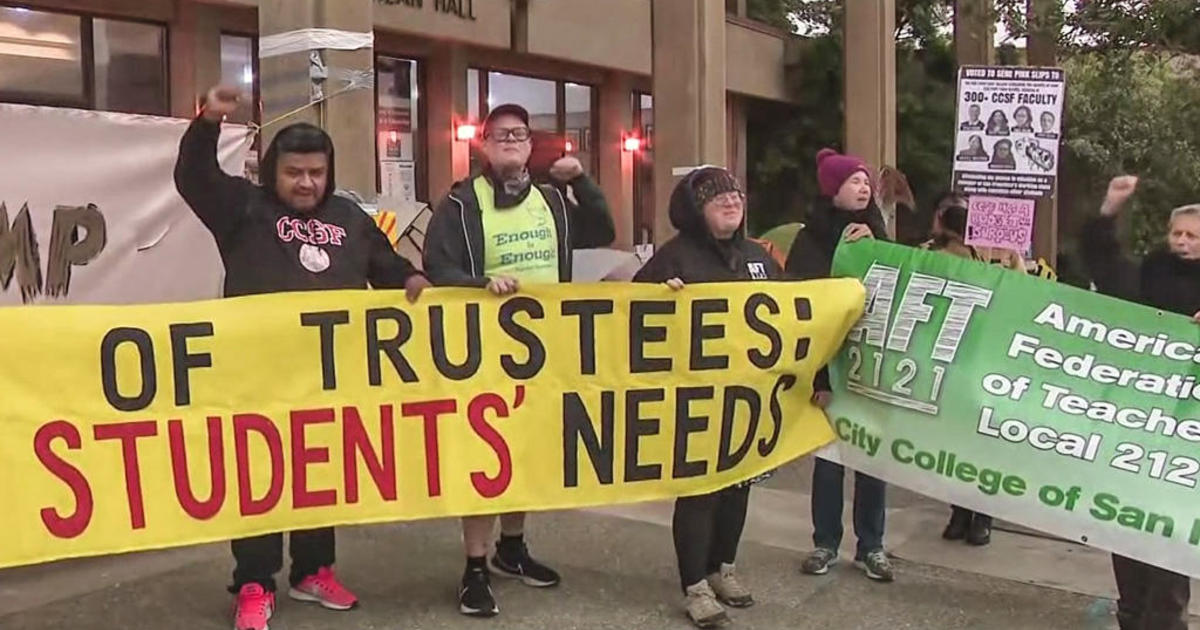 SAN FRANCISCO (CBS SF) — The City College of San Francisco Board of Trustees voted by an overwhelming majority late Friday night to cut about 300 classes and 176 teachers next academic year.

The cutbacks are necessary, according to the board, to absorb large budget deficits. Five trustees agreed with the proposal, with Alan Wong being the only vote against.

During the debate, a group of CCSF teachers and students watched and expressed their concerns. Others came to the meeting to voice their objections to the proposed cuts.

“I’m a single parent,” says Patricia Miller, a theater teacher. “It means I have no idea (what’s going to happen) because the HR people haven’t told us when my and my daughter’s health insurance will crash.”

Miller studied theater at City College in the 1990s. She returned and has been teaching in the theater department for the past seven years.

“I got tenure and the pink slip in the same month,” Miller said.

Before the vote, dozens of teachers and students camped in front of City College’s student services building since Tuesday to protest the cuts. On Thursday, police arrested about 10 protesters for blocking a street.

In 2012, City College served approximately 73,000 students. Today they have less than 25,000 students. Many people left after the college nearly lost its accreditation in 2013.

University officials said if they don’t fix their budget problems, they may lose it and be forced to close.

Da Lin is an award-winning journalist at KPIX 5 News. He joined KPIX 5 in 2012, but has been making headlines in the Bay Area since 2007. Da grew up in Oakland, and before returning to the Bay Area, he spent five years working the news on three other television stations in Texas, Southern and Central California. He also reported on KRON 4 for five years.