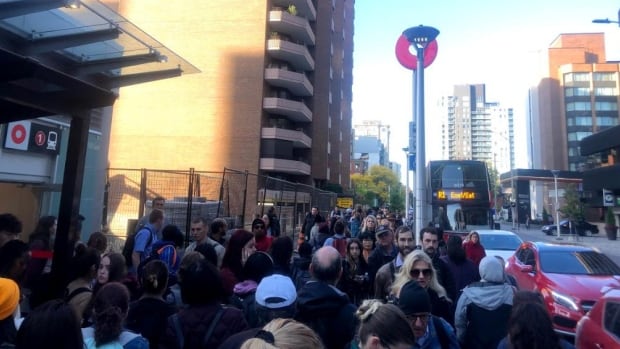 The City of Ottawa happily accepted a light rail system it knew was likely to be unreliable and changed the criteria to make it easier for Rideau Transit Group to pass the LRT’s final tests.

The evidence heard Thursday, the ninth day of the public inquiry into the Confederation Line, was the most damning for the city yet as the testimony of city engineer and railroad administrator Richard Holder confirmed that the city accepted Confederation Line property. – and it in service – making a calculation would solve problems after passengers started driving.

“I’m going to suggest to you that the city knew there were reliability issues with the system the moment it decided to start public service,” the commission’s co-chief adviser Kate McGrann told Holder, in a particularly enlightening conversation.

McGrann insisted, “The city knew the reliability issues could get in the way of reliable service to the public?”

Holder replied that train maker Alstom, which is also the company responsible for maintenance, had reported improvements.

“That doesn’t answer my question, sir,” McGrann said. “My question was whether the city knew there were reliability issues that could stand in the way of reliable service to the public.”

At the end of April 2019, when the LRT was a year late, Rideau Transit Group (RTG) told city the LRT was mostly completean important final step in the process of handing over the Confederation Line to the city — and one that involved a $59 million payday.

But the city rejected RTG’s substantial completion claim and the project’s independent certifier sided with the city. In a letter dated April 29, 2019 to RTG, the city said 25 vehicles had defects that were “extensive and persistent and resulting in a lack of access to the entire fleet.

“The vehicles have not proved reliable.”

System-wide failure to meet fleet requirements due to persistent defects/shortcomings.– One of the flaws that the city waived by agreeing to the substantial completion of LRT

On July 26, 2019, RTG again applied for substantial completion, and this time the city – and the independent certifier – accepted.

But as it turned out, the city agreed that the LRT was basically done — paying out $59 million — even though there was a long list of unresolved issues that it decided to shelve and postpone.

These were not so-called minor deficiencies, which are allowed under the contract, but items that “can be considered quite significant, [a] Chief among these is the number of vehicles that would be available upon service availability,” Holder testified.

The unresolved items included the light rail vehicles – all 34. There was not a single railcar that did not have an open issue.

Another unresolved issue the city has waived? A system-wide “non-compliance with fleet requirements due to persistent defects/shortcomings.”

It’s unclear why the city would agree that the Confederation Line was largely completed while aware of these details, but Holder testified that the city believed the train’s defects would improve between substantial completion and before RTG handed it over to the city, which was just a month later.

Also, the Confederation Line had to go through a trial period before the city accepted it, which Holder said added an extra layer of protection for the city.

Although the light rail contract called for a 12-day trial, the requirements for what constituted a pass were vague. The municipality and RTG therefore agreed on the specific criteria in 2017.

But in the run-up to the 2019 trial run, the municipality and RTG’s construction department agreed on a generally tougher version of the scorecard. The study found that the LRT performance needed in 2019 was more in line with what the city expected in a light rail system, according to the contract.

But within days of the start of the sea trial, Holder was called to speak with the city’s senior management to discuss the criteria.

And when Altus Group’s independent certifier sent the city its trial run validation statement on August 23, 2019, it described how the criteria were reverted to the 2017 version during the trial run period.

First, the requirement to run 15 trains in the morning and afternoon rush hours was reduced to 13.

“They had a challenge getting 15 trains in the morning,” Holder told the committee.

Also, the performance measure indicating how many trains are on the track for customer service and for how long — called the total vehicle-mileage availability ratio, or the AVKR — was lowered to 96 percent from 98 percent.

And that 96 percent bar should only be met on nine of the trial testing days — not on each of the 12 days. So the system could experience three terrible service days in less than two weeks, and those days would not count.

And finally, there was the requirement that train reliability (again the AVKR) should not fall below 90 percent on any test day.

But that was changed to a requirement that there be no train availability below 94 percent on three consecutive days, meaning RTG — in McGrann’s words — can have “two very bad days” and still pass.

Holder said the system was secure and that he was never specifically advised not to launch it. RTG felt it was ready and would face significant fines if the system failed, he stressed.

McGrann asked Holder if there were still reliability issues after both the substantial completion and after the LRT launched, and Holder agreed.

He said the city was “aware that the reliability of the system would improve”, but that there could be “issues that could affect availability” at the start of the public launch.