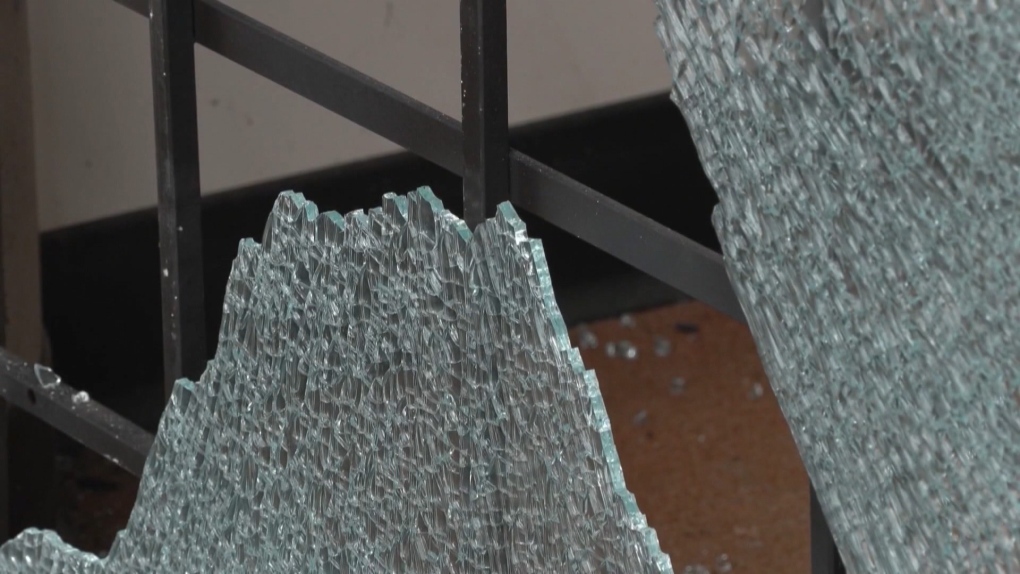 Since the start of the pandemic, Vancouver has suffered from strange attacks, violent burglaries, graffiti, broken windows, arson and general street disorder, with many businesses being – and continuing to be – targeted.

With the focus now on recovering from the pandemic, many in business are saying ongoing crime and public safety issues are holding them back. What are the financial costs?

CTV News conducted an analysis of the budgets of all 22 business improvement organizations in the city of Vancouver. These organizations are funded by local businesses to promote and boost the local economy.

DVBIA President Nolan Marshall said public safety is currently the “greatest concern” retailers in downtown Vancouver have, explaining where the community safety budget is being spent.

“Graffiti removal, our team of public safety ambassadors, we’ve also been adding bike patrols, nighttime patrols, for the past 18 months,” Marshall said. “If we have to spend more on public safety, it’s because of a shift in other programming that we could otherwise use to draw people downtown.”

Chinatown BIA has seen the largest percentage growth in community safety spending. The pre-pandemic allotment was $116,250. It now stands at $200,000, almost half of the entire budget.

Chinatown BIA president Jordan Eng said it is paying money for private security to conduct “daily patrols for 20 hours a day”, dealing with “social disorder, broken glass, burglaries and so on”.

And that figure does not include graffiti removal. According to Chinatown’s BIA budget, $33,000 a year is allocated for graffiti removal, but Eng said with additional funding from the city of Vancouver, the actual figure is “more than $60,000” a year.

Eng also echoed Marshall’s comments about the increased security costs that remove the core responsibility of a BIA.

“We should be focusing on promotion, beautification, bringing people around, festivals — you know, exciting, fun stuff,” Eng said. “And here we maintain the status quo by spending half our money on security and cleanup.”

Ryan Diaz is the owner of DCS, a martial arts and conditioning studio in Chinatown. He is also in the process of opening another gym and yoga studio across the street. Diaz received a call on Wednesday morning that his new studio had been broken into. Thieves entered through a back door and stole a brand new TV, speakers, all his contractor tools, and some dumbbells.

“It was a tough time, though. I wanted to cry,” said Diaz, who estimated that about $10,000 worth of equipment had gone missing.

“It takes a lot of work to buy that stuff.”

Tracey To works at Forum Home Appliances next door. Her father opened the store 34 years ago and she has been working there full-time for 25 years.

“We got robbed with someone who came in with bear spray, we attacked female staffers as they walked along the street, waiting at the bus stop, we’ve had fires around our building,” she said.

More needs to be done, and soon.

“There are so many businesses in Chinatown that if you don’t help now, they won’t be able to survive,” she said. “Their hearts are broken by what’s happening in Chinatown.”

Last week, the Vancouver City Council held a special meeting on public safety. Officials from both the Greater Vancouver Board of Trade and Destination Vancouver told city officials that Vancouver was at risk of losing its international reputation as a safe city.

The meeting was set up to hear directly from members of the public. Sixty-one people signed up to speak, but there was only time for seven. The meeting reconvenes on Tuesday, and BIA members tell CTV News they are on the list to speak.

In January, Mayor Kennedy Stewart was asked his opinion on public safety after Vancouver police released a video of another unprovoked attack in the city.

“I think Vancouver is safe, it’s one of the safest cities in the world,” Stewart told reporters.

And on Thursday, the province unveiled its plan to deal with repeat offenders.

Attorney General David Eby said the county has hired two experts to investigate the issues and report back within 120 days.

Marshall said the response from both levels of government has been disappointing and “completely lacks the urgency required by the situation”.