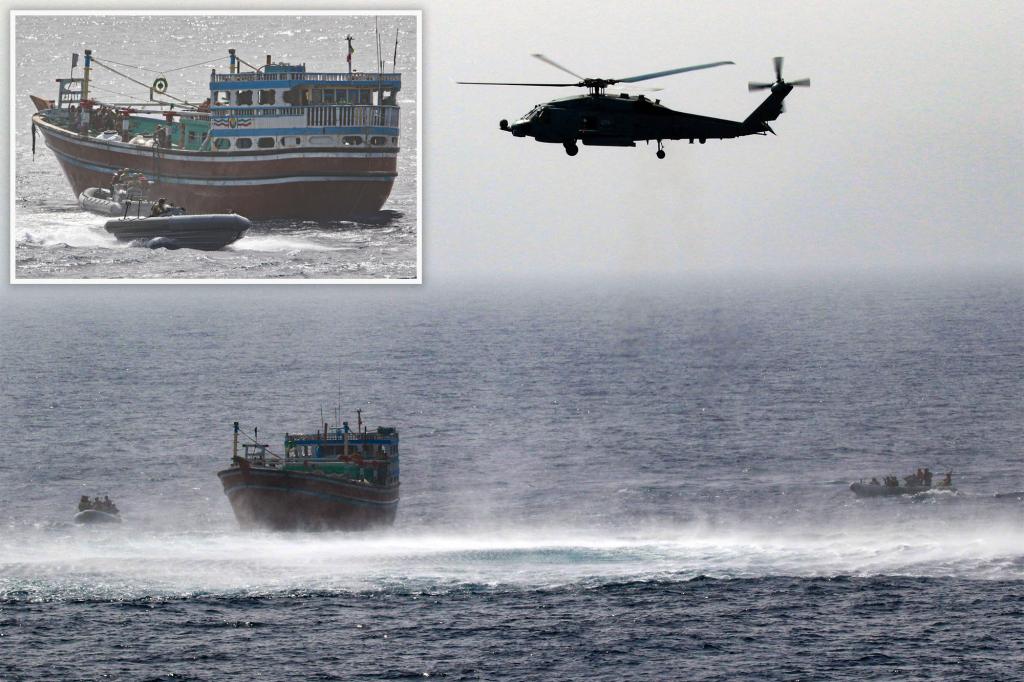 Guided-missile destroyer Momsen and a US Coast Guard team seized about $39 million worth of methamphetamine in the Gulf of Oman this week.

De Momsen was on patrol in international waters May 15-16 when a US Coast Guard interdiction team launched a flag check when boarding a fishing vessel. The destroyer operated under Combined Task Force 150, part of the Combined Maritime Forces that leads the US and is composed of 34 countries. CTF-150 is one of four task forces now operating in the Middle East to counter maritime threats.

“The ship was banned from transiting international waters along a route historically used by criminal organizations to smuggle people, weapons, narcotics and charcoal,” the Navy said in a press release. Crew members attempted to dispose of more than 60 bales of the seized drugs as Momsen approached.

The fishing vessel’s nine crew, who said they were Iranian citizens, are on their way to a “regional nation for repatriation” while the illegal drugs and vessel are still in US custody, the Navy said.

cmdr. Tim Hawkins, a spokesman for the US Naval Forces Central Command, told the Navy Times that the previous record for the total value of drugs seized over the past seven years was $70 million in 2018. The increase is attributed to additional presence in the region.

“We have increased our presence and vigilance in regional waters,” Vice Admiral Brad Cooper, commander of NAVCENT, US 5th Fleet and Combined Maritime Forces, said in a January press release. “This reflects our continued commitment to address destabilizing activities that disrupt the rules-based international order underlying maritime security in the Middle East.”

The Combined Task Force 150 has seized USD 130 million worth of heroin, methamphetamine, amphetamine pills and hashish this year.