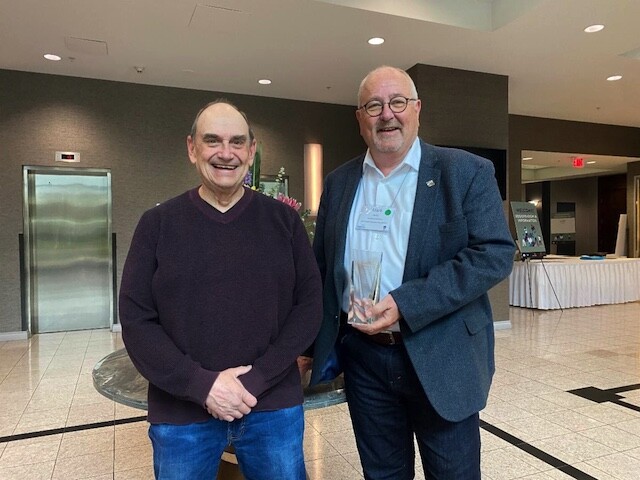 The Downtown Kelowna Association has been named the “Best in the West” for its work making downtown Kelowna an attractive place to live, do business, work and play.

The DKA won three awards this year at the Business Improvement Areas of British Columbia (BIABC) Conference, held in Coquitlam May 1–4.

The awards recognized the group’s Meet Me on Bernard program, on-street services and Winter Market.

In accepting the Award of Excellence for Meet Me on Bernard, Executive Director Mark Burley acknowledged the valuable partnership that exists between the DKA, the City of Kelowna and Tourism Kelowna, who are working together to produce the initiative. Meet Me on Bernard is the summer temporary closure of Bernard Avenue from Abbot Street to St. Paul. It returns for a third season starting July 1 this year.

The Safety and Security Award highlighted the DKA’s downtown presence and clean teams, most recognizable in their red uniforms, which maintain a positive social environment in the neighborhood.

The Wintermarkt earned the DKA the Award of Merit in Special Events.

Founded in 1991, BIABC is the provincial champion of strong, vibrant and successful city centers, high streets and commercial districts throughout BC.