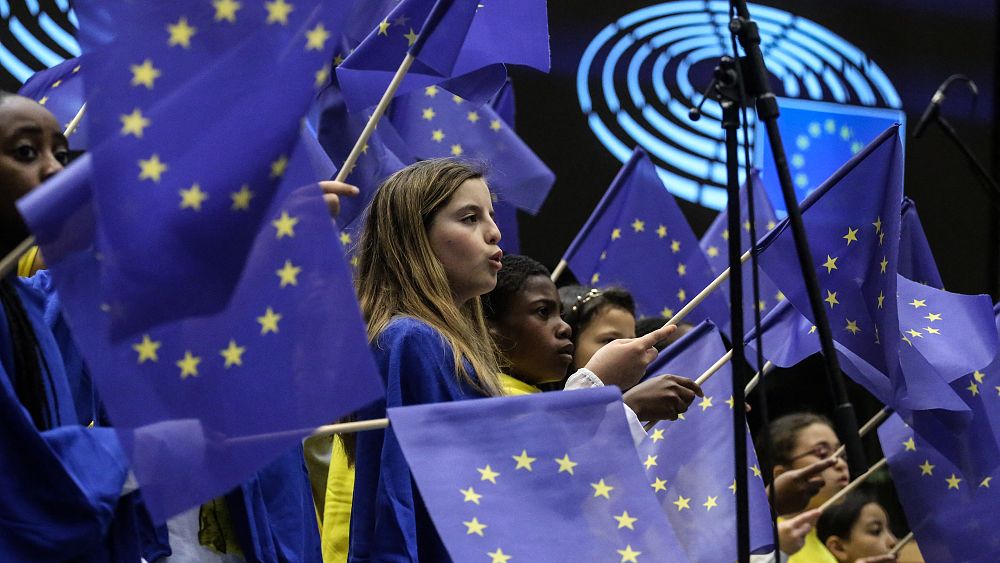 Ahead of Europe Day on 9 May, the institutions of the European Union opened to the public.

Due to COVID-19 restrictions, visitors were allowed to attend the open day for the first time in two years.

Every year, Europe Day celebrates Europe’s achievements and the signing of the Schuman Declaration on 9 May 1950, which aimed to bring about lasting peace in post-war Europe.

This year, the Ukrainian flag flew next to the EU flag in Brussels as a symbol of solidarity with Ukraine as it fights against a Russian invasion.