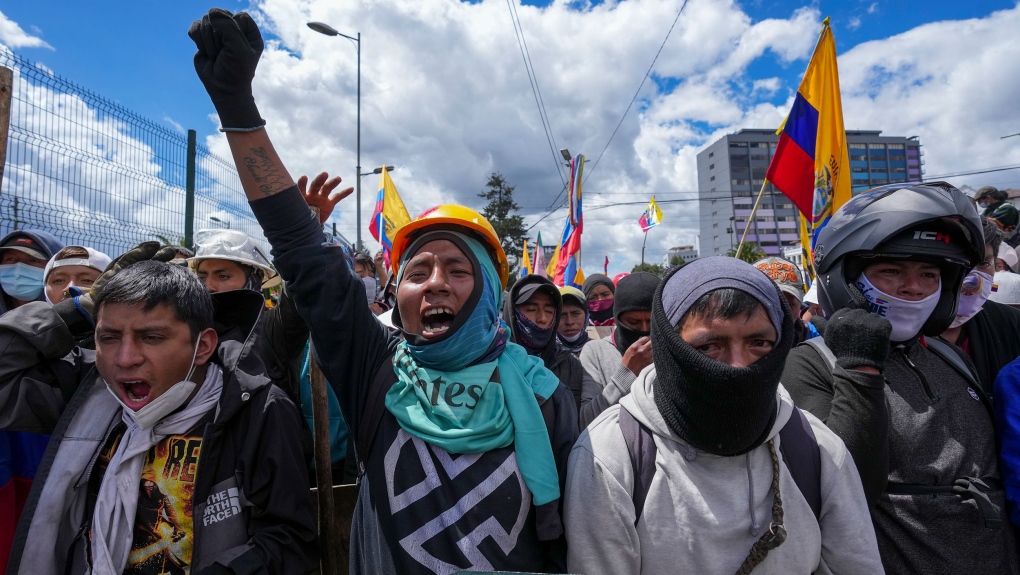 Thursday is the eleventh day of protest in the country. The Confederation of Indigenous Nationalities of Ecuador (Conaie), which has been leading the protests since June 13, demands, among other things, that the government cut fuel prices, tackle the problem of unemployment, regulate the prices of agricultural products and fight crime.

Ecuador’s National Police said the latest death occurred Tuesday in the Amazon region of Pastaza, “as a result of handling an explosive device.”

The police clarified that those materials are not used by the police to maintain public order and “even less in peaceful marches and demonstrations”. The institution said the matter will be investigated by judicial authorities and will provide support in clarifying all violent incidents.

On Tuesday, the Ecuadorian health ministry said two people were killed last Sunday as a result of a roadblock as ambulances were hampered by protests.

On Monday, police said one person died after falling from a ravine in northern Quito; death was related to the protests.

At least 120 police officers have been seriously injured since the protests began on June 13, according to Ecuador’s National Police.

President Lasso’s government has called for open dialogue several times since the protests began. In a video address posted to Twitter Monday, Lasso says he has listened to the “needs of the most vulnerable” by focusing on health care, cross-cultural education and debt cancellation among other things.

In a statement released yesterday by Conaie, they accused government communications of containing “mockery, lies and racist colonial narratives” against indigenous groups.