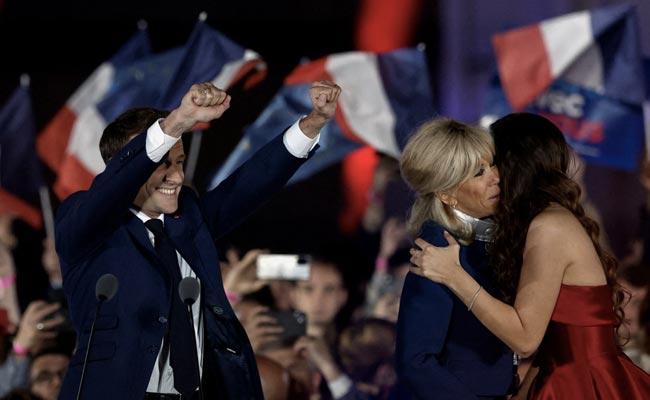 President Emmanuel Macron will be inaugurated on Saturday for a new term after his election victory over the far right made him the first French head of state in 20 years to win a second mandate.

The event, which kicks off at 09:00 GMT at the Elysee Palace, kicks off a series of significant steps as Macron embarks on a new five-year term filled with international and domestic challenges.

Macron faces a daunting agenda to implement the reforms he promised when he came to power in 2017 as France’s youngest-ever president, and to tackle Russia’s attack on Ukraine.

The head of the Constitutional Council, Laurent Fabius, will read a statement confirming Macron’s victory in the second round of the presidential election on April 24 with a score of 58.55 percent against far-right rival Marine Le Pen.

Macron will then deliver a keynote speech that, according to an Elysee official, “will not be a general political speech, but will be part of the country’s history and look to the future”.

In a tradition dating back to the Middle Ages, 21 cannon shots will be fired from the Invalides military memorial complex to celebrate the inauguration.

Without a ride down the Avenue des Champs-Elysees or long red carpet, the ceremony will resemble the reopening of Francois Mitterrand in 1988 and Jacques Chirac in 2002, the last French president to win a second term.

Despite the ceremony, Macron’s second term will not officially begin until the first ends at midnight on May 13.

It comes at a time of political change in the wake of Macron’s election victory as France gears up for the legislative polls to follow soon in June.

Macron is expected to appoint a new prime minister in place of incumbent Jean Castex to lead a renewed government into the election, but not before his second term officially begins.

He has suggested naming a female politician with a focus on social responsibility, although reports show that rapprochement with left-wing figures such as former civil servant Veronique Bedague and leader of the Socialist Group, Valerie Rabault, has been rejected.

“If there was an obvious solution for the Matignon (the prime minister’s residence), it would have been announced long ago,” a source close to Macron, who had asked not to be named, told AFP.

Meanwhile, the Socialist Party, together with the Greens and the Communists, forms an unprecedented parliamentary election alliance with Jean-Luc Melenchon’s left-wing France Unbowed (LFI) party.

He was by far the top-performing left-wing candidate in the first round of the presidential election and is leading the effort to form a broad bloc and face a compelling challenge to Macron.

Pro-Macron factions have regrouped under the banner of Ensemble (Together), while his own Republic on the Move party, which has struggled to establish a base, is renaming itself Renaissance.

He will continue to play a leading role in efforts to end Russia’s war against Ukraine, carrying an immense burden of expectation as a leader on the European stage, while Germany still has a foothold in the post- Angela Merkel era.

On the domestic front, he must face the crisis over the rising cost of living and also brace for possible protests when he finally tackles his cherished pension reform, raising France’s retirement age.