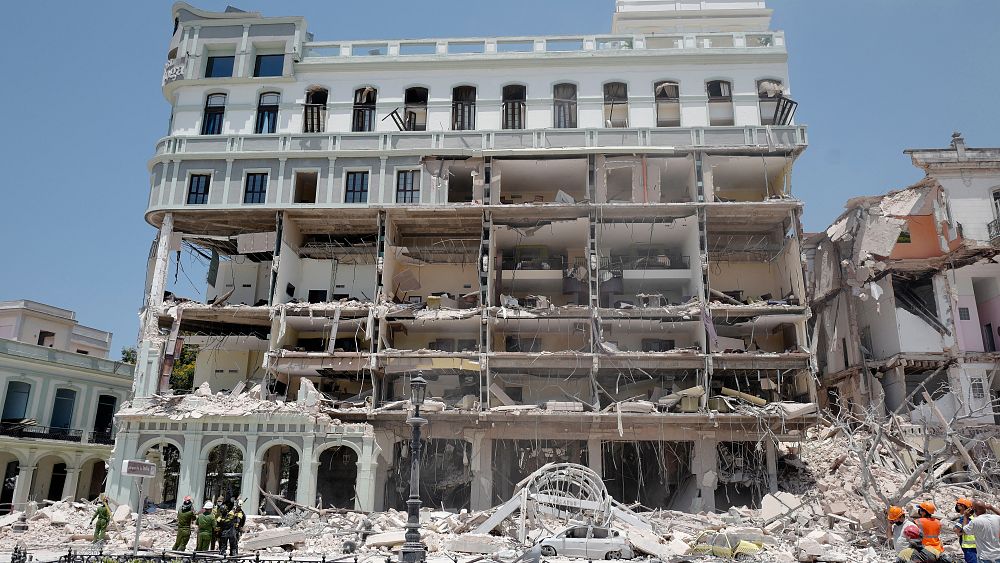 Twenty-two people, including a child, have been killed in a powerful explosion believed to have been caused by a natural gas leak that blew away the exterior walls of a luxury hotel in the heart of the Cuban capital.

No tourists stayed at Havana’s 96-room Hotel Saratoga as it was being renovated and was set to reopen on May 10.

“It was not a bomb or an attack. It is a tragic accident,” President Miguel Díaz-Canel, who visited the site, said in a tweet.

Police cordoned off the area as firefighters and rescuers toiled through the wreckage of the hotel, which is about 100 yards from the Cuban Capitol.

The health ministry said the number of injured could rise as the search continues for people who may be trapped in the rubble of the 19th-century structure in the city’s Old Havana neighborhood.