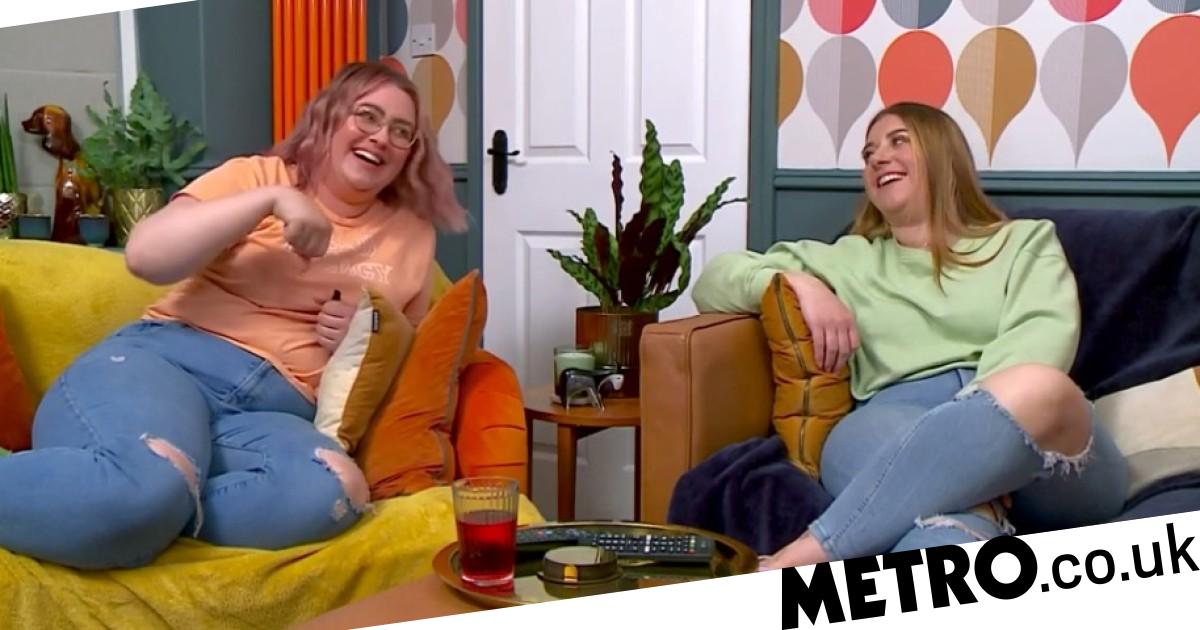 Gogglebox viewers were left in hysterics after seeing the cast competing in the Norwegian Eurovision entry.

Subwoofer played an iconic song during the grand final of the Eurovision Song Contest, entitled ‘Give That Wolf A Banana’.

The two performers — who use pseudonyms Keith and Jim and claim to have formed “4.5 billion years ago on the moon” — wore black suits with white shirts, plus distinctive yellow wolf-head masks, yellow gloves and ties.

While watching the hit song, the cast of Gogglebox tried to recreate the dance as they sang along to the catchy tune.

“It’s not that hard Mary, I think we can,” Gogglebox star Giles began, as he and his wife began to follow Subwoolfer’s hand movements.

Meanwhile, Tremaine, Twaine, and Tristan laughed at the lyrics to the song, and each artist’s name was added as “I’m not sure you have a name, so I will call you Keith.”

On their couch, Simon and Jane tried to “interpret” the “banana” song, with Simon at one point saying, “If that’s not a chat-up line I don’t know what was” as the performers sang “I want your grandma yum yum,” as Giles continued, “If I was in a nightclub and saw this, I would definitely think someone had spiked my drink.”

Stephen and Daniel took the dance one step further, with Daniel throwing a whole load of bananas at Stephen on the couch while he sang along, “Give me that banana.”

The results were pretty hilarious, with fans taking to social media to share their giggles.

‘Things you like to see; this song caused a Banana rama on #Gogglebox,” one viewer wrote.

Another wrote: ‘Thanks #Gogglebox, I just got the Norwegian Eurovision song out of my head and now it’s back.’

Prior to watching Norway’s performance, the Gogglebox cast gushed over Sam Ryder’s entry.

‘He’s brilliant,’ commented Pete Sandiford, while his sister Sophie added, ‘I like his outfit too, it’s sort of a pearly royal vibe.’

Pete joked, “Yeah, but can also fix your kettle right away!”

Do you have a story?

If you have a celebrity story, video or photos please get in touch with the Metro.co.uk entertainment team by emailing us at [email protected], 020 3615 2145 or by calling our page Stuff Stuff to go. like to hear from you.

MORE: Gogglebox’s Lee Riley Received An Uncomfortable Message From Bucks Fizz After Digging On The Show: ‘I Was Just Joking!’