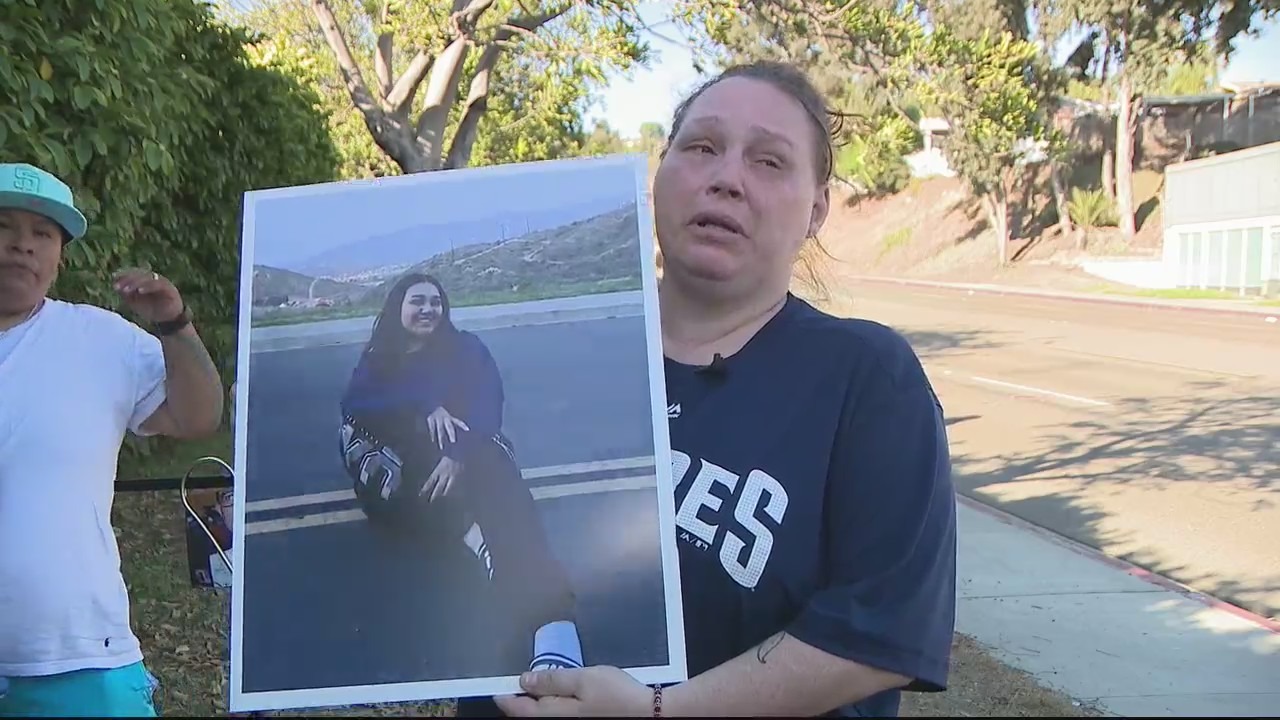 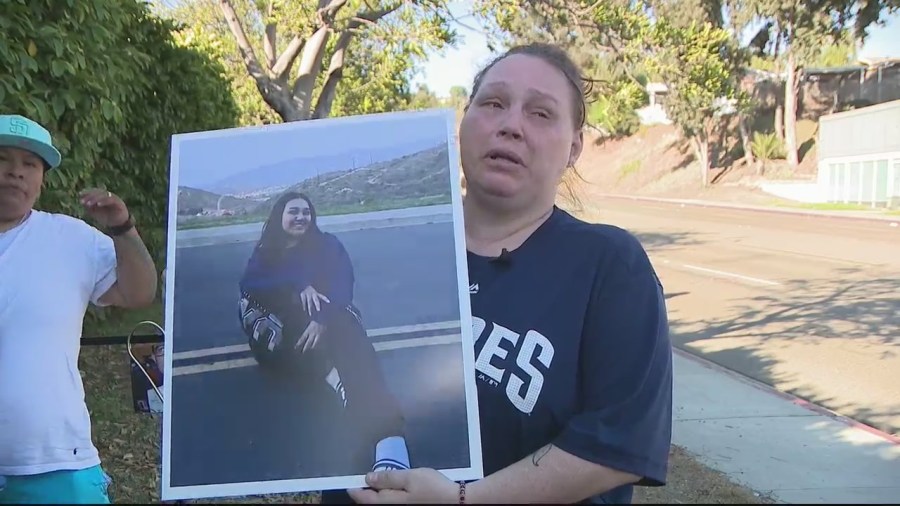 NATIONAL CITY, Calif. — A grieving mother speaks out just 24 hours after she lost her boyfriend and 15-year-old daughter, who were hit and killed by a suspected DUI driver Wednesday night in National City.

“First she hit my boyfriend and he was hit so hard that his clothes were stuck to the car,” said Kristen White. “Then my daughter, she was flown by the tree, she died instantly.”

White is still in shock and distraught over the sudden loss of her boyfriend Brian McKee and teenage daughter Jessica Talamante, known as “Lola” to loved ones.

White says they were returning from a nearby 7-Eleven and were just down the street from their home when they were hit along East Plaza Boulevard.

As they crossed the street, police said they were fatally hit by a driver suspected of being under the influence of drugs or alcohol. Authorities identified the driver as 43-year-old Tayishe Baltys. She was arrested at the scene, admitted to the Las Colinas Women’s Prison and is now charged with both DUI and vehicular manslaughter.

‘They didn’t find our boy’: Dad begs for help in finding son wiped out at sea

“She killed, she killed them,” White said through tears.

White and others living in the area have expressed concern about East Plaza Boulevard, saying it has always been a dangerous street.

“Speeding is terrible, but not only that, they need more crossings and they don’t have lights. It’s so dark,” White said.

Grieving family and friends gathered at the crash site Thursday, leaving behind photos of both McKee and Talamante. McKee is remembered as a caring and loyal man in the life of the family and McKee was the youngest of five siblings, described as a ray of sunshine.

“She would be 16 next month. She was so sweet and pure. She was a good girl and she was my best friend,” White said.

A GoFundMe has been set up for Talamante by a family member.