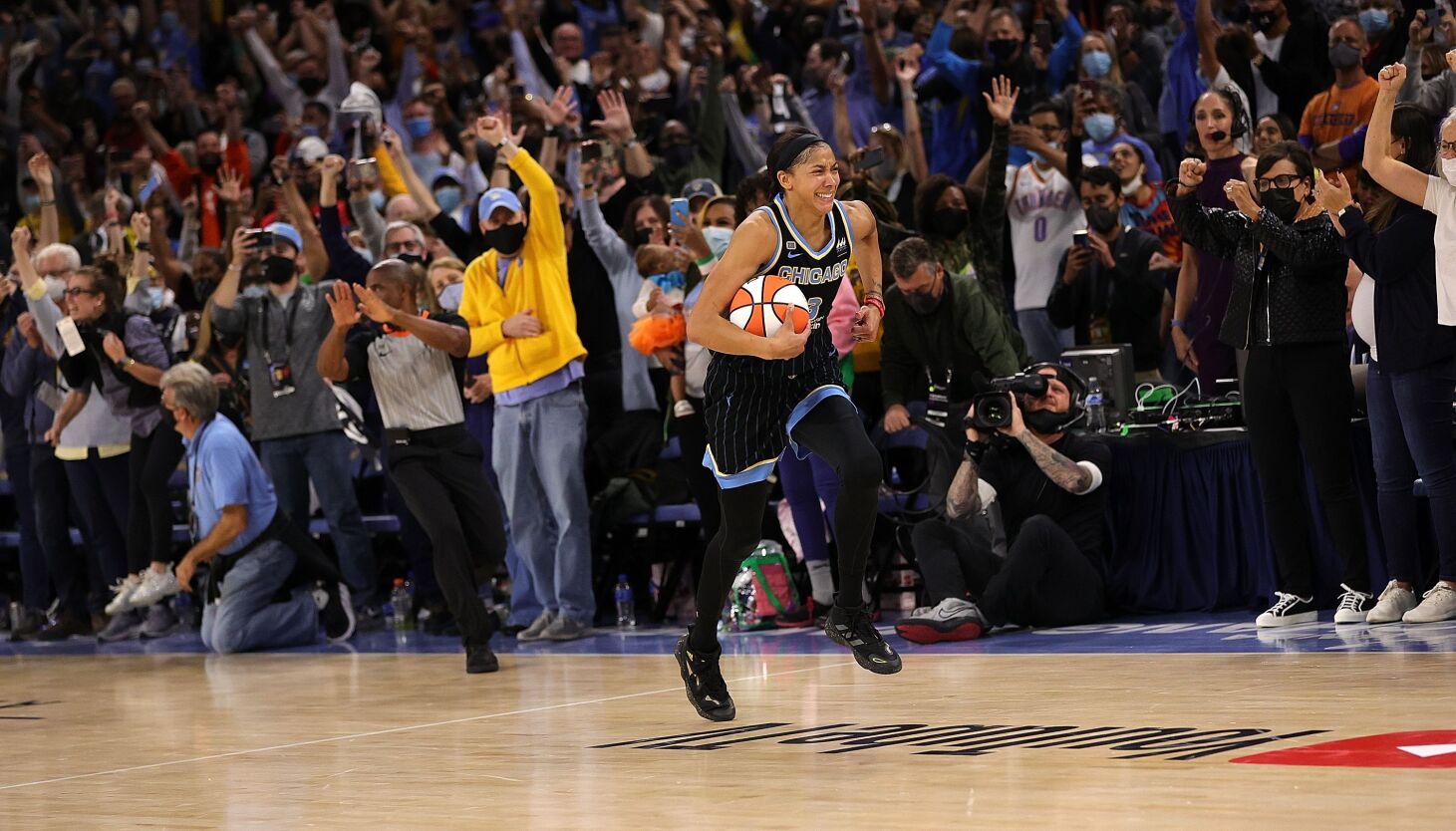 The Sky won their first WNBA championship last season, by the end of which the Wintrust Arena was rocking like never before and Chicago’s sports fans – to a heartwarming, impressive degree – seemed engaged and excited.

So what now? In this week’s “Polling Place” — your home for Sun-Times sports polls on Twitter — we asked voters if they’d like to pay more attention to Candace Parker, Courtney Vandersloot, Kahleah Copper and the rest of this outstanding squad in this new campaign, which opened Friday evening.

Not surprisingly, some felt compelled to express their absence of interest. (Again, we asked.)

Meanwhile, @C_Marchio2 invited anyone planning to ignore the Sky to “kick rocks”. It’s just an expression.

We also asked about the Kentucky Derby – are you going to watch? – and whether you have already been to the stadium or not. Like baseball. Like in Cubs and White Sox. Yes, yes, it’s still cold.

On to the polls:

Poll No. 1: The WNBA season has arrived, with the Sky as the defending champion. Will you pay more attention to it than before?

Time again for our weekly “Polling Place” questions. Let us hear from you! Selected comments will appear in Saturday’s paper.

Q1: The WNBA season has arrived, with the Sky as the defending champions. Will you pay more attention to it than before?

Result: I’m not sure you noticed, buddy, but professional sports championships don’t really grow on trees here. The Bulls went out in the first round. The Cubs, Blackhawks, and Bears are miles from battle. The Sky is a fun group of players who play an up-tempo style and in Parker have a success story from their hometown that is hard to top. What’s the problem? Is it only a sport for women? Don’t be that guy.

Poll No. 2: The Kentucky Derby is Saturday. Are you going to watch?

Q2: The Kentucky Derby is Saturday. Are you going to watch?

Result: Some of the stronger newcomers, according to reputation, are Zandon, Epicenter, Mo Donegal, White Abarrio and Taiba. There’s also Messier, which is pronounced, “I have no idea.” Look, some of us don’t know about the horses. We can appreciate the position of @RonaldVoigt4, who will take a pass: “I have about as much luck betting on the horses as the horses are betting on the stock market,” he wrote.

Poll No. 3: Have you been to a Cubs or White Sox game this season?

Question 3: Have you been to a Cubs or White Sox game this season?

Result: If nothing else, bad weather is a big, obvious factor. “I don’t like baseball in football weather,” said @ChiSportsNut. And @ChiTownSports: “Not until it’s at least 70 degrees.” But hey, it’s May! It will now be sunny and warm every year.