﻿Impression of always falling on the same type of man? Feeling of deja vu with every love story? Maybe we’re stuck in a love pattern. How to recognize it… and get out of it!

“When I was younger, I always found myself with very jealous men, admits Katerine, 32. For me, a jealous man was a man who really loved me. Like many others, Katerine has long confused love with jealousy. Misjudgment? No. The young woman chose her partners knowingly. She just wasn’t aware of the motive behind those choices.

“We all have love patterns, unconscious models that influence the choice of our partners,” explains psychologist Maryse Vaillant, author of La Répétition amore – Sortir de l’essai. Of course, not all patterns have the same impact on our life as a couple. But, if we tend to live and relive the same disputes, even the same love failures, there may be a reason to question the why of our choices and actions.

Where do patterns come from?
If we are among those who always claim to draw the wrong number, we may have to admit that chance is for nothing, or for very little, in our romantic encounters. Marie-Claude, 40, took time to understand this.

“I told myself that it was simply a combination of circumstances if I always met men who were afraid to commit,” she says. But my last relationship, with a married man, caused me the worst heartbreak of my life when it ended, and I had no choice but to question myself. As a result, she finally realized that as a teenager, and even as a child, the frequent rejections she suffered from boys her age influenced the choice of her lovers. “Basically, I was exactly replicating situations I faced when I was younger.”

Does this mean that our first loves constitute the model on which our future choices are based? “In some cases, the first love story or stories are significant and influence the choice of our future lovers, believes Chantal Turcotte, sexologist and psychotherapist. And, in general, love patterns are unresolved past stories. Stories that often take root very early in childhood: a troubled parental model, actions and words perceived (wrongly or rightly) as rejection, criticism, humiliation, neglect…” In short, summarizes psychologist Josée Touchette, love patterns generally result from injuries caused – voluntarily or not – by our parents, of course, but not only. These may be other adults with whom we are close,

Of course, it could also be us, the wrong number, in the pattern in question. Charlotte, 36, agrees. Her need to control everything (the organization of the house, going out, etc.) often attracted her to reserved and rather docile men who generally let her act like this. “I was sometimes criticized for my interference, but I always blamed my partners: they weren’t doing things correctly, they weren’t showing enough initiative…” Until today, two years ago years, where a violent argument broke out between her current spouse and her. The couple had just had a child, and Charlotte’s partner rebelled against her controlling behavior. “I didn’t leave him room with our child, I wanted to take care of everything. He did not accept.” When she tries to understand his behavior, Charlotte thinks back to her mother, whom she says is the copycat.

Katerine, for her part, is still looking for the reasons that have so often pushed her towards jealous and possessive men, but she believes that the model offered by her father has something to do with it. “He was not at all jealous of my mother, but he was not very present. I missed his attention, his affection,” said the young woman. Did the paternal indifference push the young woman to look for “too” caring men? No doubt, in part. Would the fact that Katerine suffered from the indifference of boys her age also have something to do with it? Most likely. “There are often different intertwined reasons to explain a pattern, observes Maryse Vaillant. This is why it is not always easy to put your finger on the heart of the problem. Occasionally,

But why persist in reproducing scenarios that cause us suffering? Why turn to types of relationships that, even if we are not aware of them, will most likely end in failure? “Because the unconscious is comfortable with what it knows. And because our desire for repair is very strong, says Josée Touchette. We reproduce the past hoping, always unconsciously, that our partner will repair our wounds. Of course, this rarely happens. Because it is first up to us to “repair” ourselves. And then, the task is all the greater as the initial injury will have been important.

This is the case of Patricia, 36 years old. “I probably wanted to save my mother, who was addicted to drugs,” she says. I had three serious relationships, and two of them were with drug addicts. Attracted by the “smell of danger” emanating from these men, Patricia did not take the measure of what she was getting into destructive relationships where the dependence of her partners quickly took precedence over the relationship. “At the beginning, it was fine, it was passion,” she said. But after six or eight months, my boyfriend’s addiction took over and I felt rejected as if I had been replaced by a mistress.

The passionate phase of a relationship is precisely one of the reasons why it is often difficult to recognize that we are committing to a pattern. “At times like that, you can’t see clearly. Our judgment is altered, underlines Maryse Vaillant. It is often only after a few months that we perceive the “real” person. And there, once the heart is caught in the gears, it is more difficult to break the pattern.

And our little inner voice in there? Doesn’t it help? Well, let’s say that, generally, we prefer not to hear it. “The craziest thing about these two relationships, admits Patricia, is that even before they started, I knew instinctively that they wouldn’t be good for me, that I would hurt myself. But I was irresistibly drawn. For Josée Touchette, there is nothing surprising here. “In some cases, the desire for reparation is so deep that even our small voice cannot convince us not to go where we know we will be hurt.”

The road to get there can be long and difficult. “Sometimes, we have to repeat our mistakes often before we get out of it, underlines Chantal Turcotte. But we will take from each relationship something that will allow us to move forward, to better understand, and, eventually, to break the circle.

Katerine dated four men before ending her pattern. “My problem wasn’t what was wrong with my relationships – men were practically taking my breath away! -, but why did I fall back into the trap every time? The answer came to him little by little. By dint of telling her that she did not deserve such treatment, her friends made her realize that she was sorely lacking in self-confidence and that she had to stop being submissive. “I think that with each of my relationships, I asserted myself a little more, says the young woman. During the last one, I became fully aware of my problem and decided to impose my limits. No more question of my spouse watching my every move! Katerine’s spouse is shown to be resistant to his new mentality. She ended up leaving him.

That said, it is not necessary to break up to change the dynamics of our couple. “We can only change our own behaviors, warns Josée Touchette, for example by asserting ourselves and asserting our values ​​and our needs. Afterward, it is up to the other to follow or not.

Charlotte had to review her behavior in order to avoid a breakup. “I wanted my couple to last, and not just because we had just had a child,” she said. Stopping being such a control freak meant letting go, making room for the other.” The advice of her friends, some reading, and a lot of reflection allowed her to safeguard her marriage. “It’s not always easy. I still have the reflex to tell my spouse what to do and how to do it, but I manage to curb these impulses.

Of course, to get out of a pattern, you still have to be aware of it. “As we have difficulty having the perspective necessary to see ourselves going, our friends can help us, suggests the psychologist. We can also imagine one of our friends who would live what we live. How would we perceive it? How would we see his romantic relationship?

If we are in a relationship, it can be more difficult to take a step back. The idea is not to fear being alone after a breakup. “You have to take the time to think about it and seek help if needed,” explains Maryse Vaillant. That’s what Patricia did. “The therapy that I followed did not provide me with all the answers, but it allowed me to ask myself the right questions,” says the young woman. What were his expectations of the couple? Why did she have so little confidence in herself and others? “Today I am with the man of my life. He really loves me and I have full confidence in him.”

Questions that Marie-Claude also asked herself. “Since my heartbreak over a year ago, I have been single. I sometimes meet people, but I’m careful. I no longer want a man who refuses to commit and, of course, I run away from married men! I deserve to be loved and I want to invest myself in a relationship that is worthwhile. Because I am worth it!” 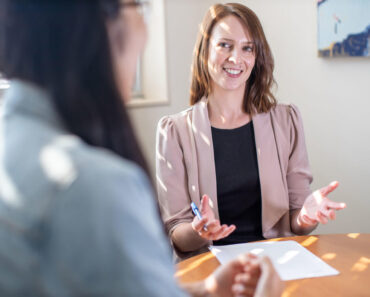 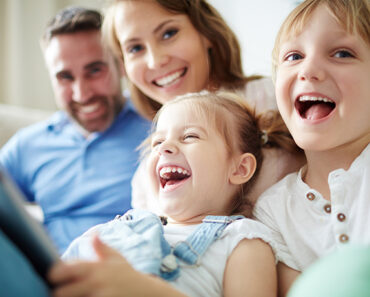 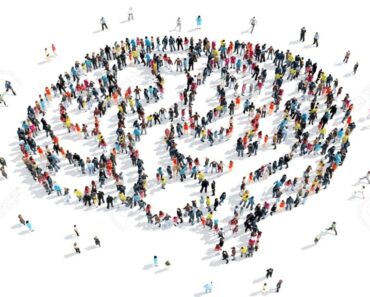