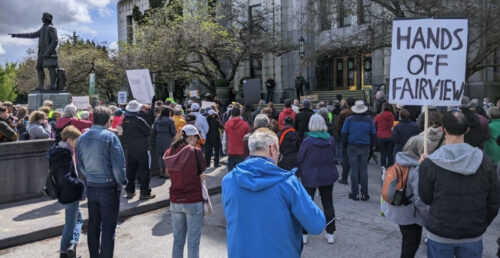 About 200 Vancouverites gathered at City Hall on Saturday demanding greater transparency from the city about the Broadway plan.

According to the organizers, the A Vancouver for Every Voice: A Call to Action Rally including representatives from 20 different neighborhood associations and community groups.

They met at the north entrance of City Hall at 11 a.m. on Saturday, May 7, and heard from speakers opposing both the Broadway Plan and the Vancouver Plan, who will be heard in City Council in the coming weeks.

There were no discernible traffic disruptions as a result of the rally.

According to Representative Bill Tieleman, the group’s concerns include the Broadway plan, a general lack of transparency in City Hall and the erosion of the affordable housing stock.

“The Broadway plan proposes a massive increase in density in a 500-block area of ​​the city,” their release reads. “These plans take precedence over existing community plans and do not include neighborhood-based planning to ensure livability and affordability, with the infrastructure needed to support growth.” 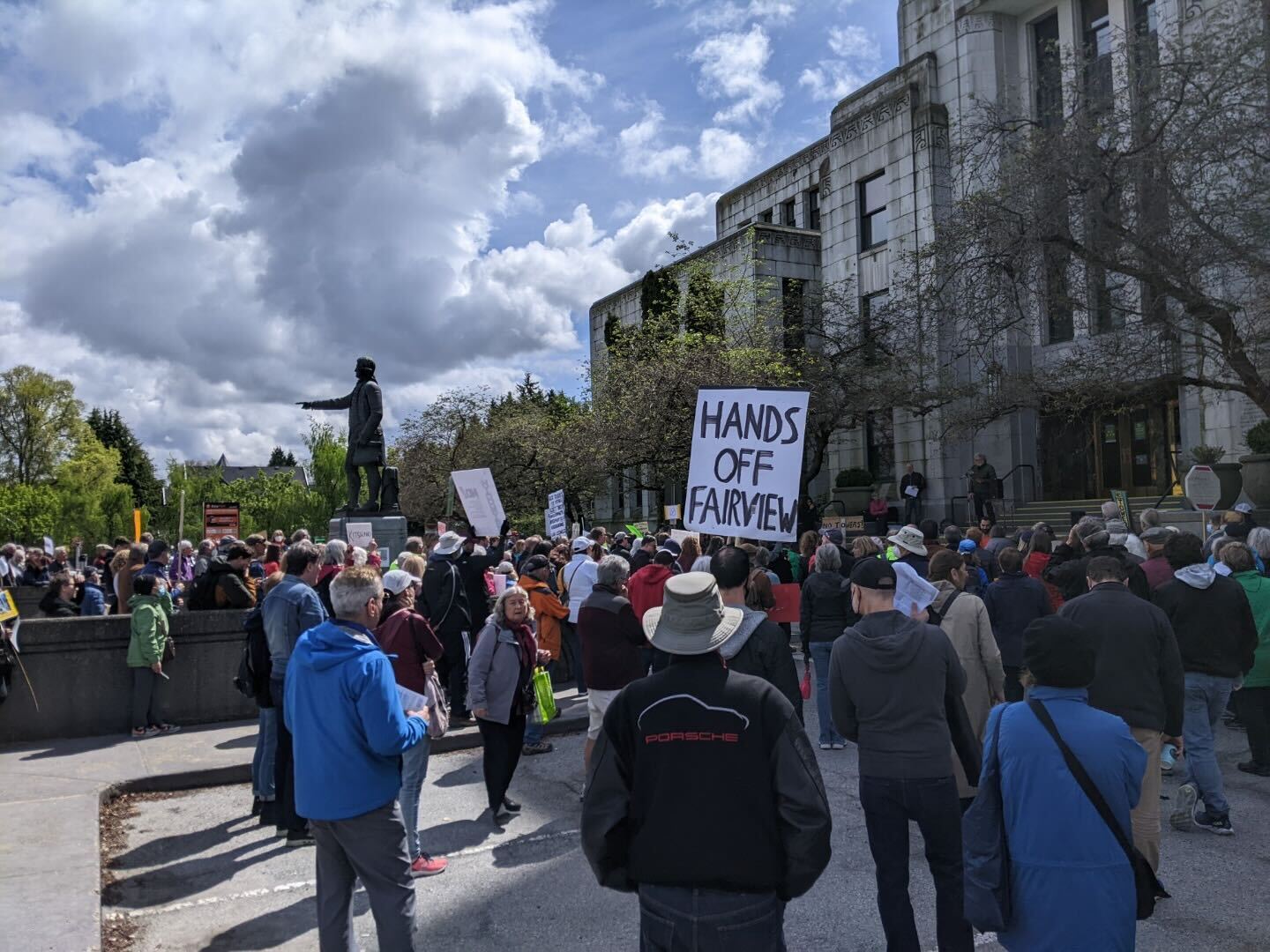 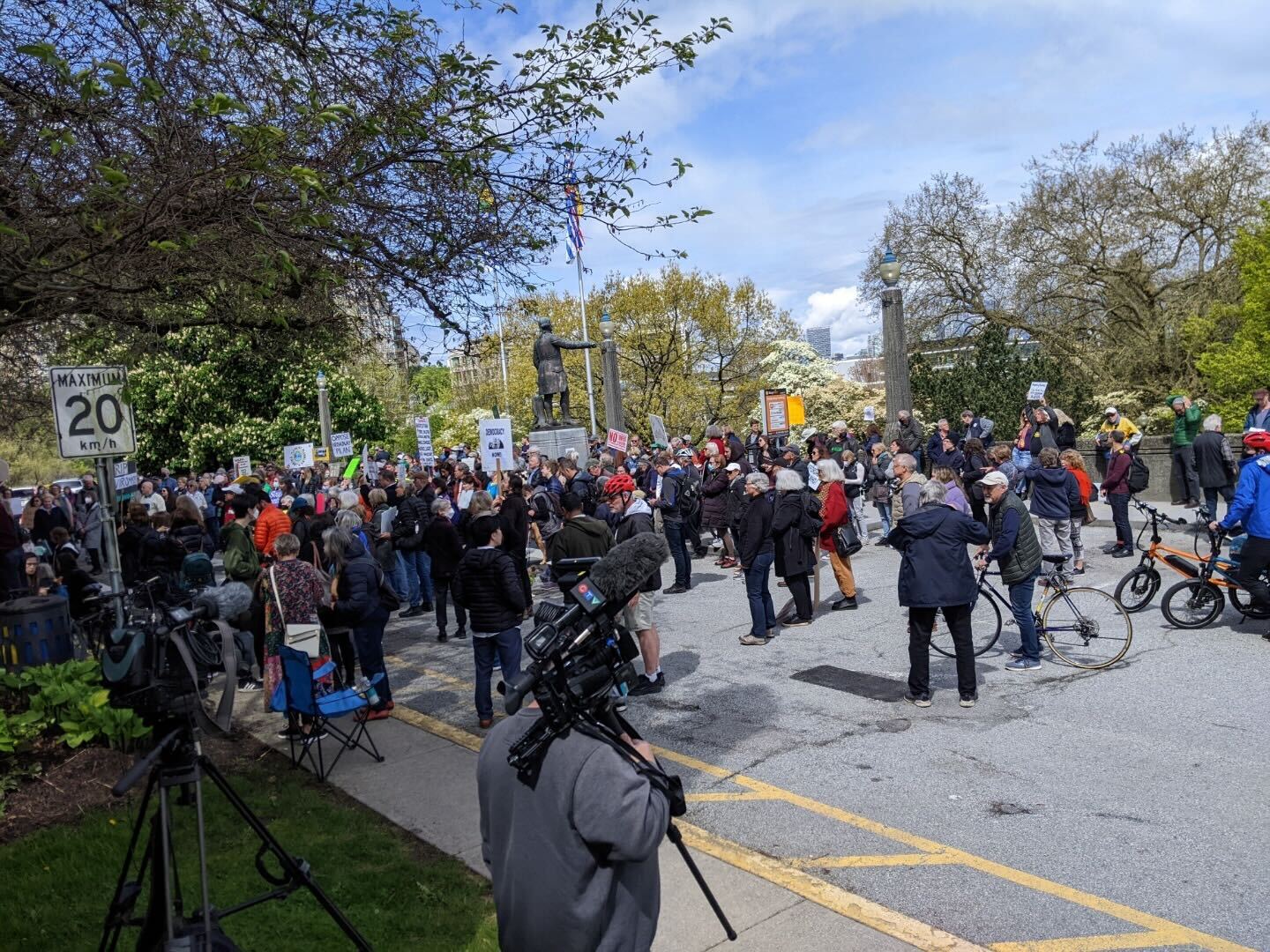 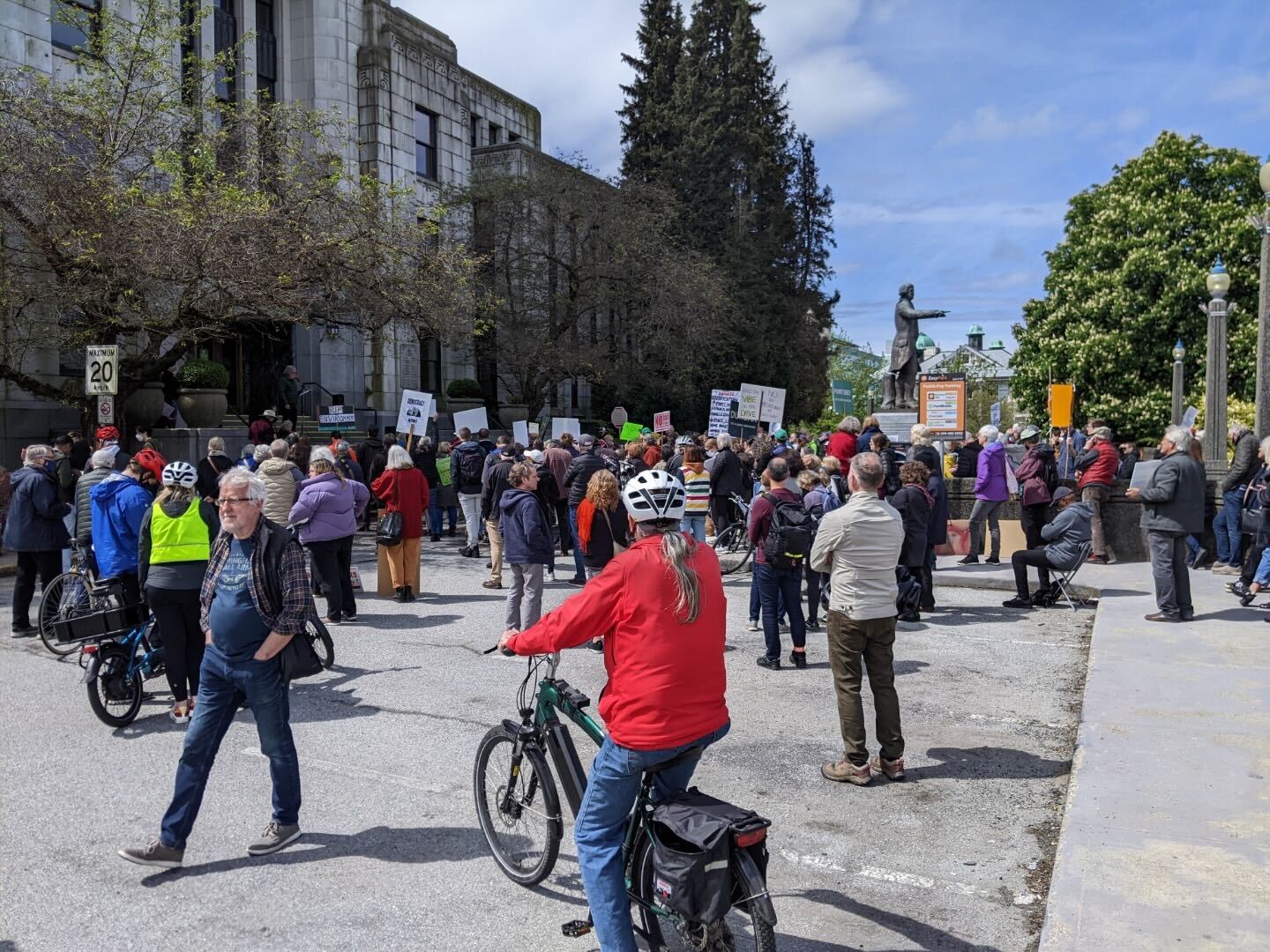 “Mayor Stewart Kennedy recently proposed an ambiguous tenant protection plan that clearly underscores that the Broadway plan was not well thought out at first and now he’s putting a band-aid on the problem that won’t work,” the organizers wrote. 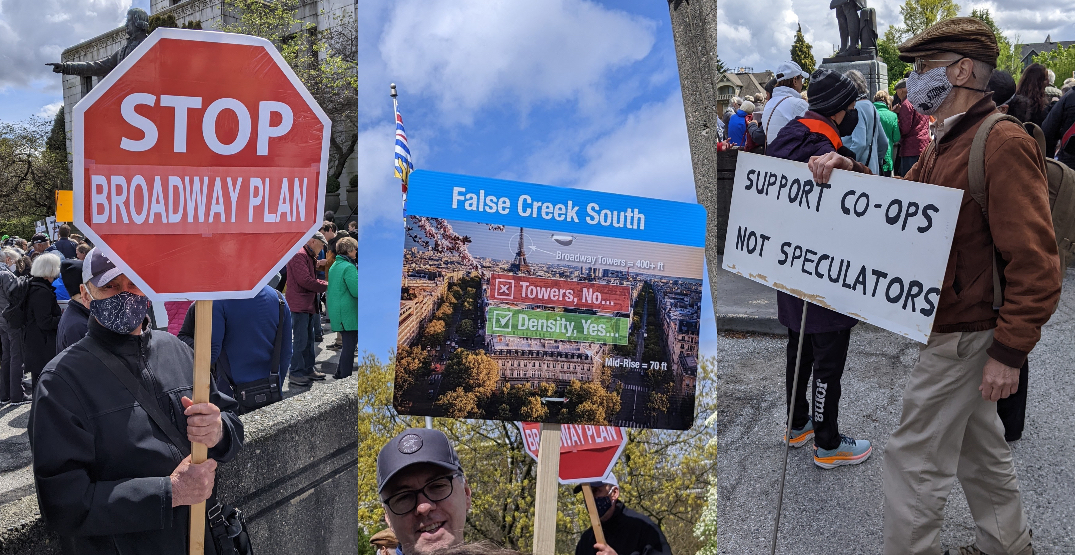 The City Council is about to hold its final meeting on the Broadway plan, which would create a new city center along the Broadway corridor if a new rapid transit line is created.

Residents will be able to learn more about the Broadway Plan and the Vancouver Plan online and have the chance to speak directly with the Council when the plans are presented in mid-May and late June.

Daily Hive has contacted the City of Vancouver for comment and they have issued a statement.

“Through the Vancouver Plan and Broadway Plan, we have developed a strategy that builds on our growing SkyTrain and rapid transit network to create more housing options of all types in the city and find space for jobs near where people live or within a easy commute.”

“Through the many surveys, open houses, workshops, pop-up stands and stakeholder meetings – including with the organizers of this meeting at City Hall – we have heard unequivocally that residents want an action-oriented approach for the city that includes everyone and focuses on the creating more housing, supporting the local economy and tackling the climate crisis.”