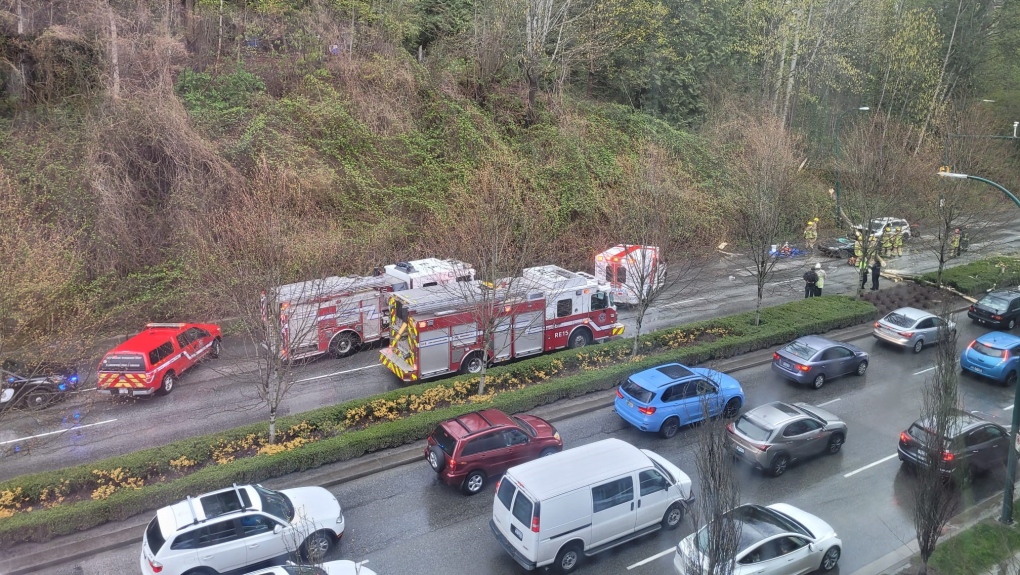 One of the drivers whose vehicle was hit by a falling tree in South Vancouver last month criticized ICBC’s service.

One person was killed in the incident driving a green Honda Accord with an Alberta license plate.

The driver of the other vehicle, Marcus Carvalho, and his passenger escaped unharmed.

“If I had a two-second lead, I probably wouldn’t be here,” Carvalho told CTV News.

While thankful to be alive, Carvalho is far from grateful for the service he says he received from ICBC after the crash.

“This is embarrassing,” said Carvalho.

Carvalho says that despite his case being considered “high priority” by ICBC, he struggled to get any sort of update for weeks after the incident.

“If I wait three weeks and get no response, can I imagine a low priority customer waiting two, three months?”

Carvalho says he got a free rental car for a week, but says he couldn’t afford it after that.

After CTV News contacted ICBC about the matter, the company confirmed a settlement late Friday.

“Earlier today, we deemed the vehicle a total loss and settled the vehicle with its registered owner, Fabiana Zaranza (Carvalho’s wife),” the insurer said in a statement.

“Some claims and damage to vehicles can take time to access and we try to work with our customers to complete each claim as quickly as possible.”