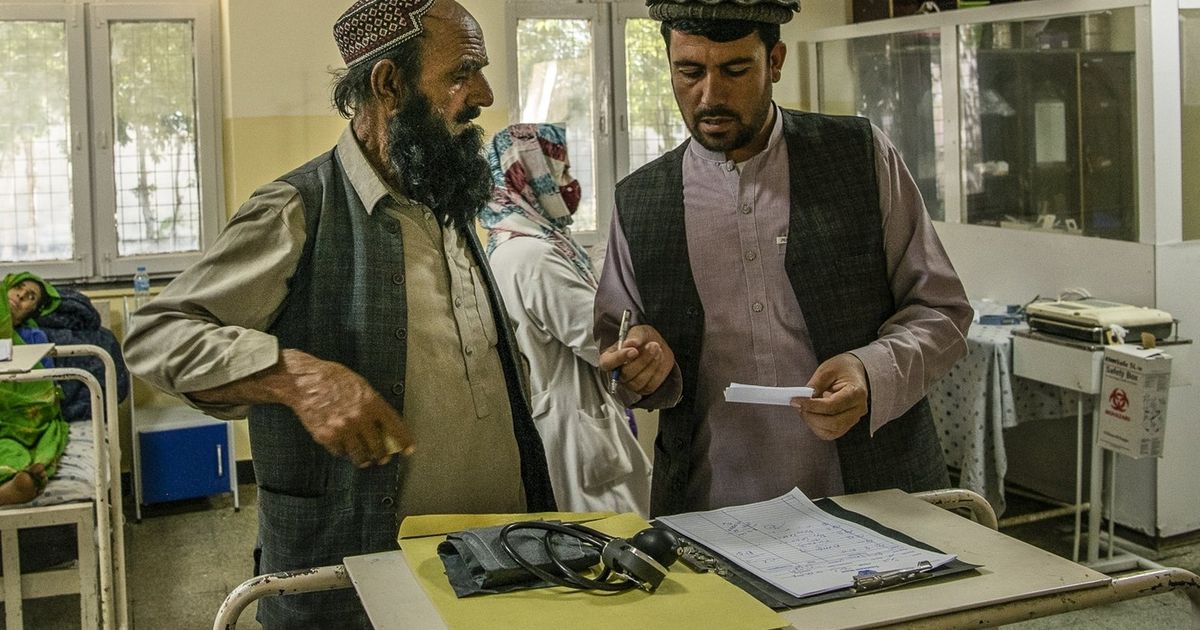 SHARANA, Afghanistan – As the earth shook, she said, speaking through her tears, she felt the walls of the room collapse on her. Then everything went dark. When Hawa, a 30-year-old mother of six, regained consciousness, she was choking on dust and struggling to comprehend the scene around her.

“I didn’t expect to survive,” she said Thursday from her hospital bed in Sharana, the capital of Paktika province in southeastern Afghanistan.

Her village, Dangal Regab, was, like many others in Paktika’s Geyan district, a scene of death and destruction in the wake of the magnitude 5.9 earthquake that struck early Wednesday morning – the deadliest in Afghanistan in two decades.

A reporting team for The New York Times witnessed the magnitude of the devastation in Geyan on Thursday — and the magnitude of the response. On rough dirt roads over mountainous terrain, cars and trucks laden with supplies made their way to hilltop villages dotted with ruined homes. Dazed residents shuffled through the rubble, using tarps to build makeshift tents and burying the dead.

Afghan officials in the hard-hit areas estimated on Wednesday that at least 1,000 people have been killed and at least 1,600 injured. The United Nations humanitarian agency released a slightly lower estimate Thursday — 770 people killed and 1,440 injured — but warned the numbers were likely to rise.

Aid officials said the rescue effort was coming to an end and they were focusing on the survivors, who had endured not only a heavy rain Wednesday, but also unusually cold temperatures that threatened to bring snow to some areas.

As the scale of the disaster became clear on Thursday, the supreme leader of the insular Taliban government, Haibatullah Akhundzada, made a rare plea for international aid.

The earthquake added to an already severe humanitarian crisis that has engulfed Afghanistan since the Taliban took power. The banking system has largely collapsed under the weight of international sanctions, and the foreign aid that supported public services under the previous administration has disappeared. According to the World Food Program, about half of the country’s 39 million inhabitants face life-threatening levels of food insecurity.

The West has pledged hundreds of millions of dollars in emergency aid to avert a full-blown humanitarian disaster. But the Taliban are struggling to attract longer-term aid from Western donors, who have resisted the new government’s restrictions on women and its human rights record.

The earthquake in Afghanistan poses a difficult new test for the Biden administration’s approach to the Taliban government, which it refuses to recognize or provide direct financial support after cutting off its access to $7 billion in US foreign exchange reserves.

And while the United States has sent more than $1 billion directly to humanitarian programs in the country in the past year, many human rights advocates say the U.S. government should work with the Taliban and provide the country with economic aid to end human suffering in a sustainable way. broad and sustainable basis.

Adding to the misery, the earthquake-stricken areas along Afghanistan’s mountainous border with Pakistan were among the poorest in the country even before the economic crash.

On Thursday, the roads to the earthquake zone were packed with cars and trucks loaded with relief supplies, including bread, flour, rice and blankets. Medical workers treated the injured in ambulances as military helicopters hovered above them.

But the affected areas can only be accessed by dirt roads that climb steep mountain slopes and descend into muddy riverbeds swollen by the recent rains.

Sacks of rice lay strewn across the road on a steep stretch – probably unloaded by drivers fearful of losing control on the descent. Nowhere in sight were excavators or other heavy equipment that would be vital to such a salvage effort.

In Azor Kalai, one of the first villages in the earthquake zone, badly damaged mud houses were scattered across the hills, their walls collapsed and ceilings were shattered. Among them were the white tarpaulins of makeshift tents, hastily erected by surviving residents as protection from the harsh elements.

As night fell, sheep roamed and women searched the rubble and rescued what they could. Padshah Gul, 30, stood outside what was left of his home in the crisp night air, trying to gauge the magnitude of his personal tragedy. All the family’s belongings – pots, kettles, utensils – were still buried.

“We must stay here, winter or spring,” he said, pointing to the makeshift tent. Still, he said, he felt lucky to be alive.

Many survivors face a bleak future. Only two of Hawa’s six children survived the earthquake. Her three sons and a daughter died, along with 17 other relatives.

Speaking about the hours she spent in her collapsed house, she said she could barely feel the chest of her 1-year-old daughter, Safia, moving under her left hand. Her other daughter cried weakly and asked for water. When she looked at where her sons had slept next to her, all she saw was rubble.

She lay there for five hours, trying to protect Safia from the crushing weight, hoping to keep her alive. Through clouds of dust and darkness, she could see her father trying desperately but unable to drag away debris.

Finally, as daylight broke and rain fell on what remained of the city, residents of nearby villages began streaming in to attempt a rescue, and Hawa and Safia were freed from the wreckage.

They were among the 70 to 80 survivors taken to hospital on Wednesday, said Dr. Hikmatullah Esmat, Public Health Director of Paktika Province.

In another corner of the hospital ward, Gulpar Khan, 60, stood silently looking at an injured cousin he’d brought in from Dangal Regab the day before.

When the earthquake hit, the ceiling of his house collapsed around him, he said. He and his 20-year-old son, Spin Wali, managed to fight their way out of the rubble, but he heard his brother calling for help from the next room.

Khan said he yelled at his son to get help. But when his son looked out through what had been their front door, he said the entire village had been destroyed. Nearly every house had collapsed and the air was filled with a chorus of his neighbors screaming for help.

“It was like a scene from a movie,” he said. “I could never have imagined such a thing in the village.”

Khan climbed to where he heard his brother’s voice and tried to peel away chunks of what had been their home as the rain poured down on them. His son yelled at him that it wasn’t safe to be in that room, but he wasn’t listening, he said.

His brother survived. But 11 of his relatives – including his wife, five other sons and an uncle – were killed.

“I’ve never experienced anything like this in all my life,” he said.

This story was originally published on nytimes.com. Read it here.