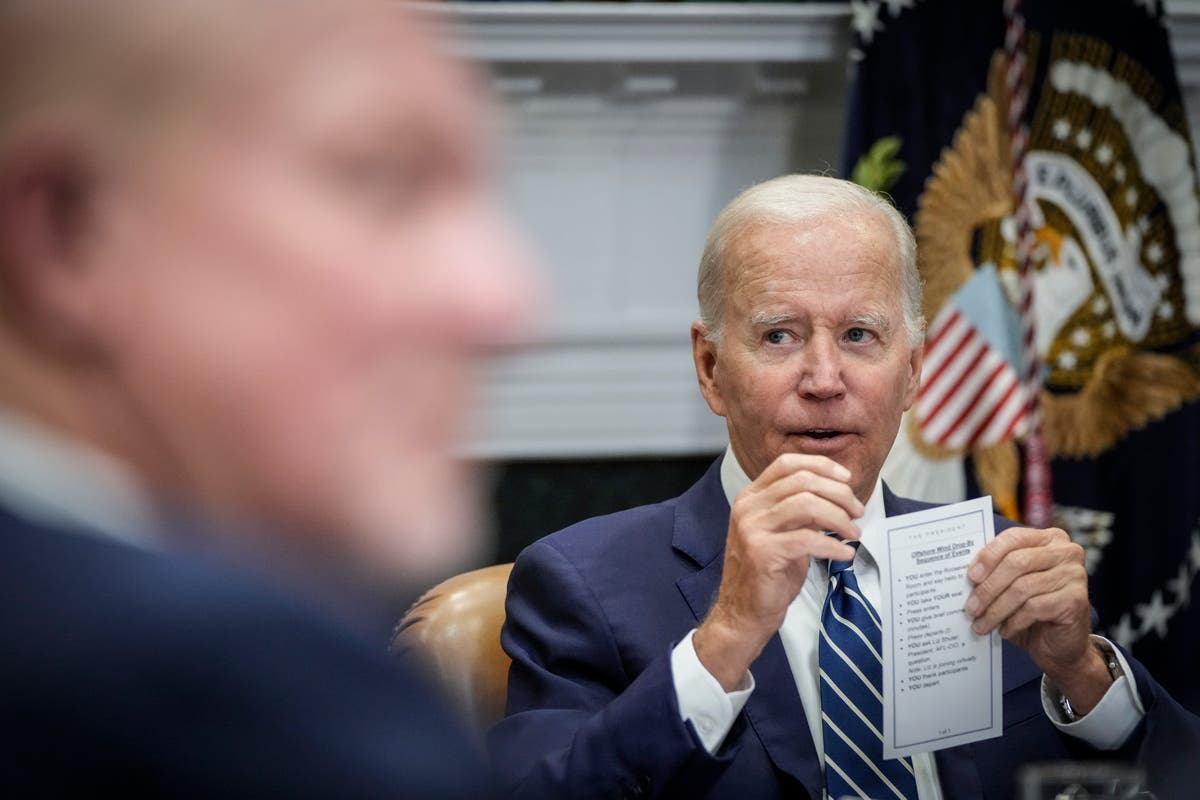 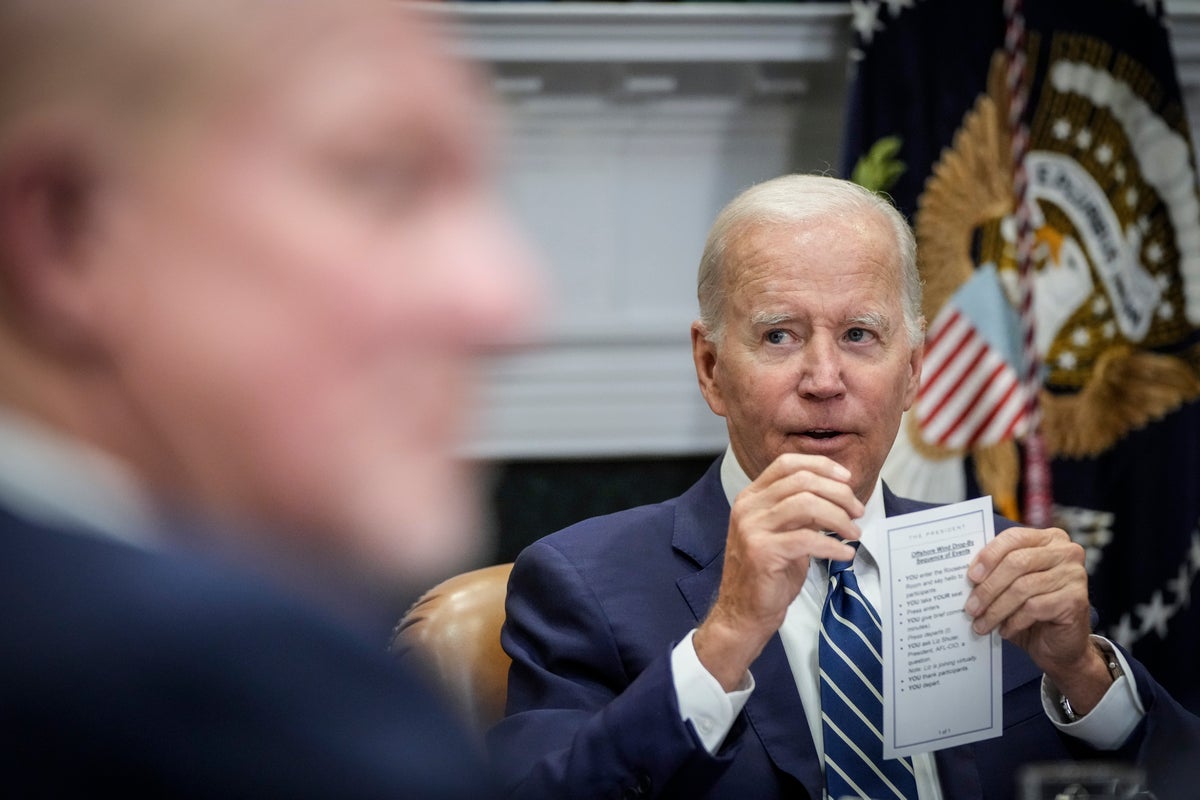 Joe Biden accidentally flashed a cheat sheet prepared by his staff with specific instructions for him, including “YOU take YOUR seat”, “YOU give brief remarks” and “YOU leave”.

Photos of the 79-year-old US president’s notes were taken by photographers after Mr. Biden held the sheet backwards during a meeting with wind industry executives on Thursday.

Titled “Offshore Wind Drop-By Sequence of Events,” the document tells the president to “enter the Roosevelt Room and say hello to the participants.”

The paper says, “YOU take YOUR seat.”

It includes a note “Press arrives” followed by “YOU give brief comments (2 minutes).”

It then says “Press leaves,” followed by “YOU ask Liz Shuler, president, AFL-CIO, a question.”

Then it says “YOU thank the participants” and “YOU are leaving”.

Earlier in March, Biden was seen with a cheat sheet containing talking points related to his comments about Russian President Vladimir Putin.

He was also spotted with a cheat sheet during his first press conference as president last year, which included headshots of journalists who were there and whom he planned to call. It also included infrastructure bill statistics.

Photos of the cheat sheet during Thursday’s meeting were widely shared by Republicans and conservatives on social media, who have often questioned Biden’s mental fitness and mocked his use of such cheat sheets.

An ABC News/The Washington Post poll published on the eve of Biden’s February state union speech found 54 percent of Americans believe he lacked the “mental acuity needed to be effective.” to serve as president”.

In the same month, 38 Republicans demanded that Mr. Biden take a cognitive test and share his results with the public, writing in a letter to the president that they were “concerned about your cognitive and mental abilities.”

According to a Yahoo! News/YouGov survey that found that a whopping 56 percent of respondents somewhat or strongly disapproved of Mr. Biden’s performance in office.

The inquiry comes at a time when there are less than five months left until the November midterm elections.