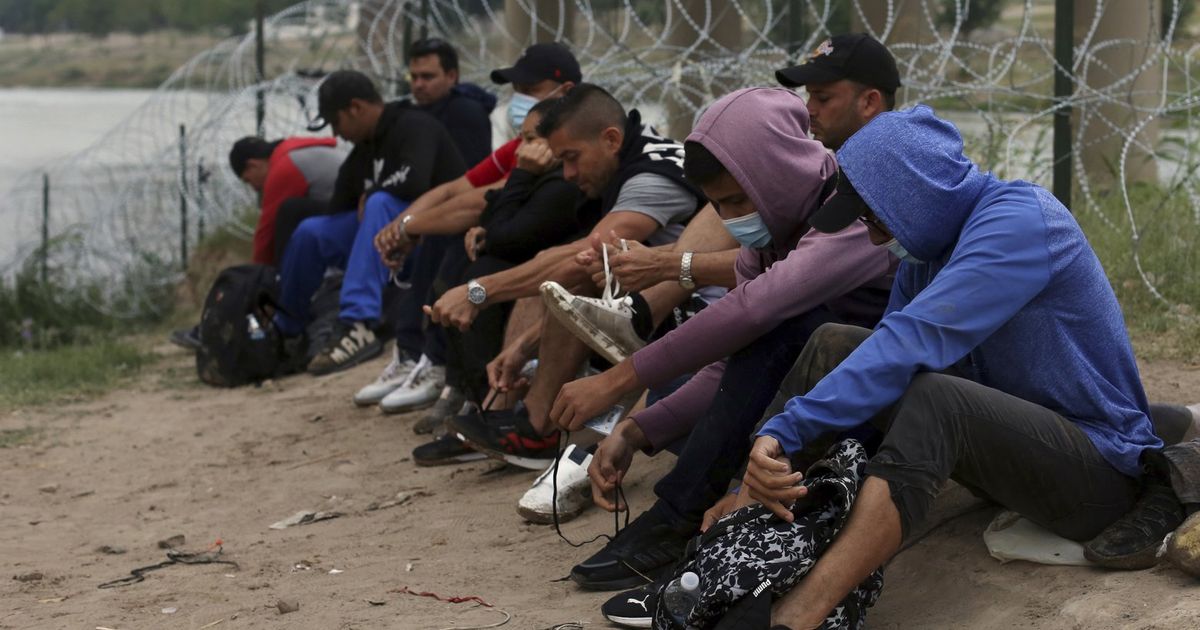 NEW ORLEANS (AP) — Pandemic-related restrictions on migrants seeking asylum at the southern border should continue, a judge ruled Friday in an order blocking the Biden government’s plan to lift them early next week.

The ruling was just the latest case of a court derailing the president’s proposed immigration policy along the US border with Mexico.

The Justice Department said the government will appeal, but the ruling raises the likelihood that the restrictions will not end as planned on Monday. The delay would be a blow to proponents who say the right to seek asylum is being trampled underfoot, and a relief to some Democrats who fear a widely anticipated increase in illegal crossings would put them on the defensive in an already difficult midterm election year.

In Tijuana, Mexico, Yesivet Evangelina Aguilar, 34, took her face in her hands and sobbed when she learned of the decision from an Associated Press reporter. “I feel like there’s no hope left,” said Aguilar, who fled the Mexican state of Guerrero nearly a year ago after her brother was murdered. “It feels so bad.”

Aguilar was blocked from applying for asylum by US authorities when she and her 10-year-old daughter went to the port of Tijuana-San Diego nine months ago. On Friday she lay in a tent at Agape Mision Mundial, where dozens of migrants are camped. Some have been there for months or years. Aguilar’s waiting life was not only tedious, but also dangerous. On Thursday evening, a fellow migrant was shot in the neck by a stray bullet from a gunfight outside the shelter.

Migrants have been deported more than 1.9 million times since March 2020 under Title 42, a public health provision that deprives them of the opportunity to seek asylum under US law and the International Convention on Preventing the Spread of Migrants. COVID-19.

U.S. District Judge Robert Summerhays in Lafayette, Louisiana, has ordered that the restrictions remain in effect while a lawsuit led by Arizona and Louisiana — and now joined by 22 other states — plays in court.

Summerhays sided with states in ruling that President Joe Biden’s administration has failed to follow administrative procedures that require public notice and time to gather public comment on the plan to end the restrictions. And he said the states claimed they would be harmed if the restrictions were removed.

The judge cited what he said were the government’s own predictions that ending the restrictions would likely triple the number of border crossings, to as many as 18,000 a day. That, he added, would lead to more migrants being processed in communal environments where infectious diseases can be spread. “The file also contains evidence to support the plaintiffs’ position that such an increase in border crossings will increase their costs for health and education service reimbursements. These costs are not recoverable,” Summerhays wrote.

The Justice Department said Friday that the U.S. Centers for Disease Control and Prevention had legally exercised their authority to end the pandemic containment.

Many who crossed the border at Eagle Pass, Texas on Friday, knew little or nothing about the matter. Many came from Cuba, Colombia, Nicaragua and Venezuela — nationalities largely spared the asylum ban because high costs, strained diplomatic relations or other considerations make it difficult for the US to fly them home.

Title 42 has profoundly affected people from Mexico, Guatemala, Honduras and El Salvador, many of whom have waited in Mexican border towns after being denied the right to seek asylum by the US government. Mexico has agreed to accept migrants from those three Central American countries returned by the US and also started taking in a limited number of Cubans and Nicaraguans rejected by US authorities last month.

Nolberto Avila, a small coffee grower who had fled the threat of violence in Colombia and left his mother and a sibling there to manage the crops, had never heard of Title 42 on the social media channels migrants consult to determine who to trust and who and what to avoid. Online chatter directed him to Eagle Pass after flying to Cancun and taking buses to the US border.

“It feels good to be here,” said Avila, 30, who spent $3,000 on airfare and other travel expenses, such as bribes to Mexican soldiers. His final destination is Los Angeles.

Summerhays, who was appointed by President Donald Trump, had already ruled in favor of the states by halting efforts to phase out the use of the pandemic-era rule. He said last month that a phase-out would burden states with “non-refundable costs for health care, law enforcement, detention, education and other services.”

Title 42 is the second major Trump-era policy to deter asylum at the Mexican border that was jettisoned by Biden, only to be revived by a Trump-appointed judge.

“We’re delighted that the court has issued this preliminary injunction to prevent the Biden administration from revoking Title 42 and turning our already unimaginably catastrophic frontier nightmare into an even more unimaginable hellscape,” former Trump aide Stephen Miller said in a press release from the United States. America First organization.

“Title 42 should only be used for public health purposes, but the states that filed this lawsuit appear to be only interested in COVID restrictions when they concern asylum seekers and are using the case as a transparent effort to manage the border,” said Lee Gelernt . “That hypocrisy should not be rewarded.”

Rep. Raul Ruiz, a California Democrat and chairman of the Congressional Hispanic Caucus, said the ruling was “outrageous and ridiculous and erodes our asylum system.”

Even some in Biden’s party were in favor of maintaining the pandemic containment.

“Today’s decision does not change the fact that there is a crisis at the border and there must be a detailed plan that can be implemented before Title 42 is lifted,” said Senator Mark Kelley, an Arizona Democrat who is fighting for a tough re-election. stands. †

Last month, the US Supreme Court heard arguments over whether or not to allow the government to force asylum seekers in Mexico to await hearings in the US immigration court. That case, which challenged a policy known as “Stay in Mexico,” originated in Amarillo, Texas. It was reinstated in December by order of the judge and will remain in effect as long as the trial is pending.