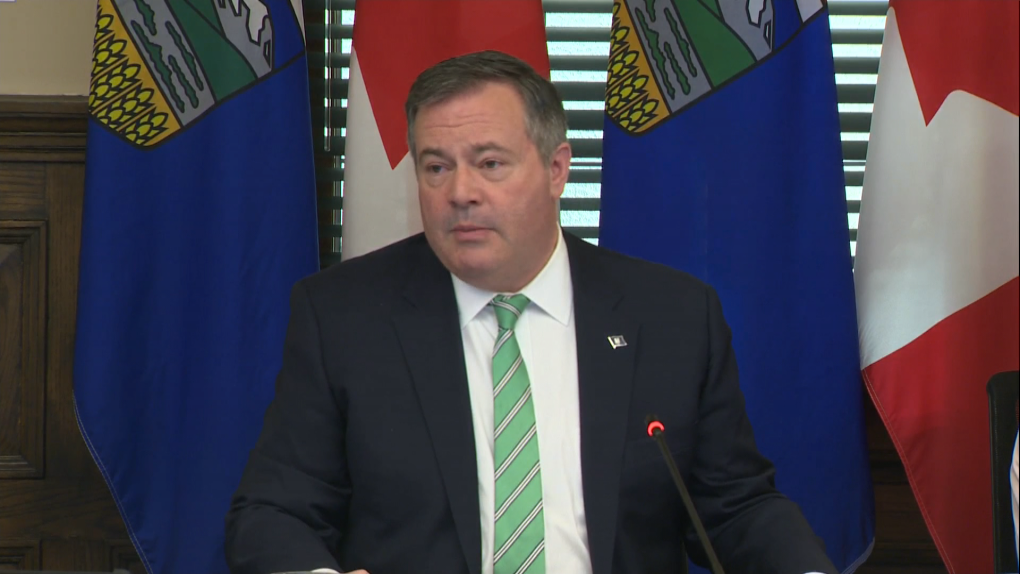 Prime Minister Jason Kenney spoke publicly for the first time on Friday since dropping an announcement that he plans to step down as Alberta’s UCP leader and prime minister.

But there are still so many unanswered questions about Kenney’s future – and the future of his party.

The brief appearance was made ahead of a cabinet meeting at the McDougall Center in Calgary.

“We have a lot of important work ahead of us regarding the leadership review vote earlier this week and, as you know, my intention to step aside as leader of the United Conservative Party,” Kenney told media outlets. . “I will do that as soon as the party has chosen a new leader. We are determined to keep an eye on the ball.”

The prime minister did not answer questions after his speech. In fact, members of the media were removed from the room just moments after his statement was completed.

It is unclear when he will be available again to answer questions from journalists.

Kenney announced his plans on Wednesday after narrowly winning his party’s leadership review with 51.4 percent support.

According to the party’s governing handbook, Caucus will select a new leader and prime minister “as soon as possible.”

A date has yet to be set.

Both the government’s cabinet and the UCP’s caucus met in Calgary on Thursday for a “vigorous discussion and debate” about the next steps. After more than six hours in, the caucus announced that Kenney would remain in his role “until a new leader is elected”.

There is growing speculation about who will replace Kenney.

Some experts even believe that Kenney himself still has his eyes on the work. No rule would stop him from campaigning.

That, of course, was not confirmed or denied during the prime minister’s photo shoot on Friday.

“This is a government that is focused on their own internal drama,” NDP MLA Kathleen Ganley told reporters. “They don’t focus on what Albertans need, and I think that would make them reluctant to answer questions.”