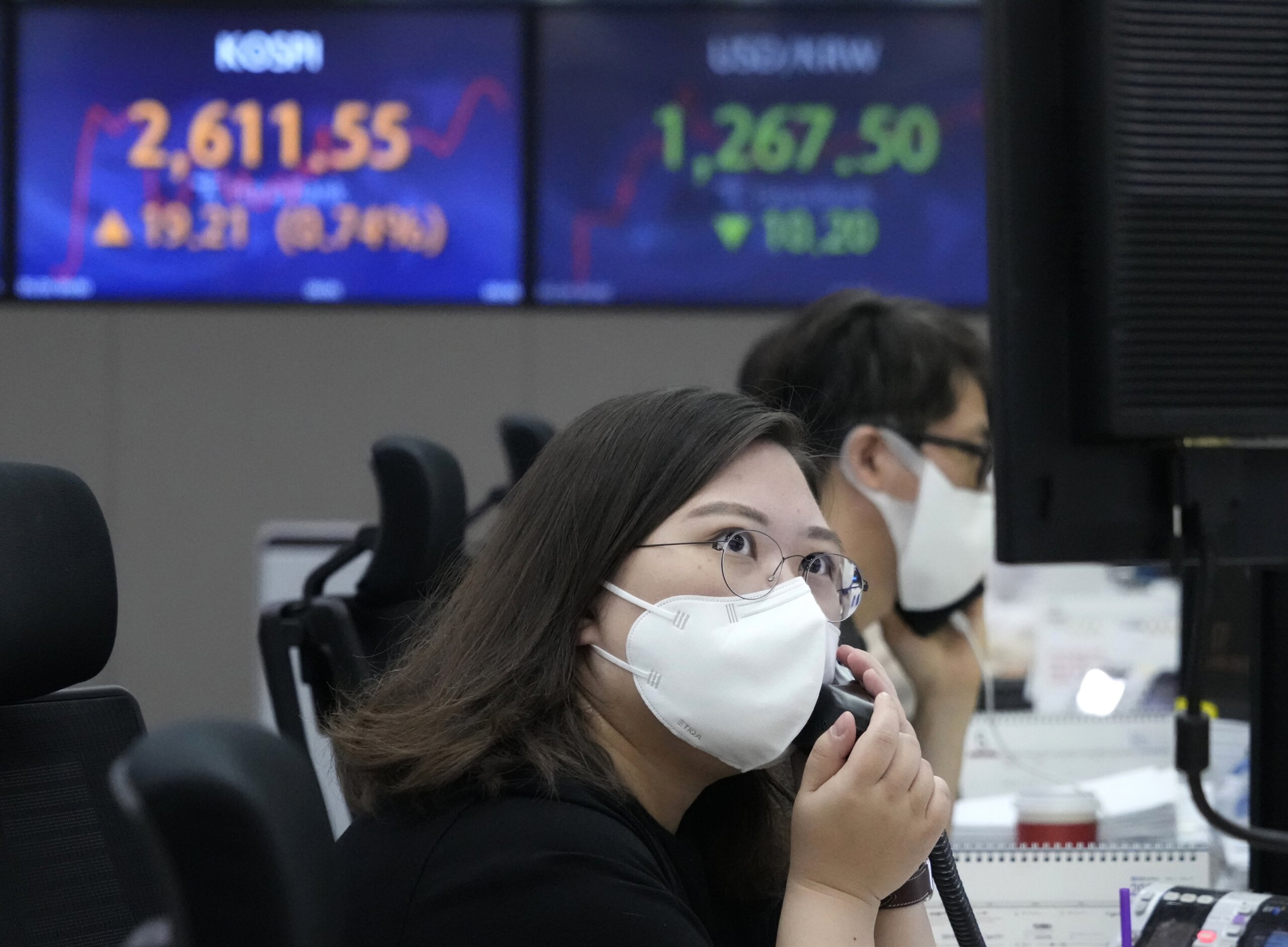 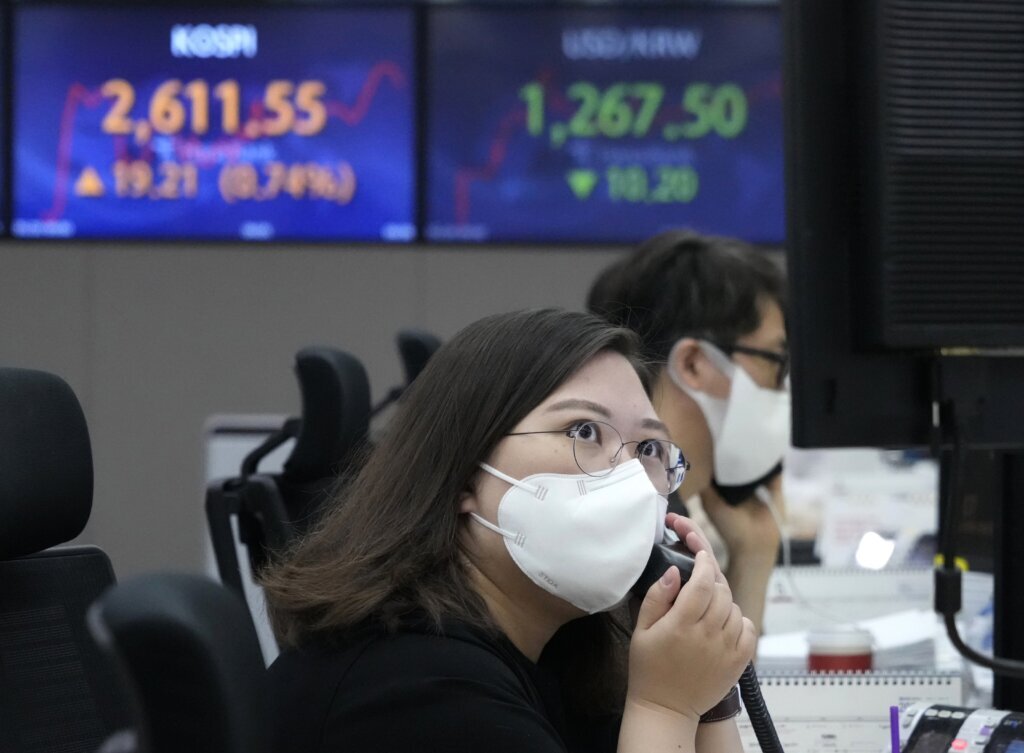 Shares are falling again on Wall Street on Friday and are entering another week of declines after a massive plunge two days ago.

NEW YORK (AP) – Wall Street rumbled to the brink of a bear market on Friday after another fall in stocks briefly sent the S&P 500 more than 20% below its peak early this year.

The S&P 500 index, which is the core of most employees’ 401(k) accounts, fell a whopping 2.3% for the day before a furious comeback in the last hour of trading sent it to a small gain of less than 0. ,1 sent. † It finished 18.7% below the January 3 record. The tumultuous trading closed a seventh straight week of losses, the longest streak since the dotcom bubble deflated in 2001.

Rising interest rates, high inflation, the war in Ukraine and a slowdown in the Chinese economy are all punishments for equities and heightening fears of a possible recession in the US. The biggest concern is that the superhero who came to the rescue of Wall Street during the most recent recession, the Federal Reserve, is less likely to help as he is stuck battling the worst inflation in decades.

As the S&P 500 ended the day no more than 20% below its record, the company that runs the index says no bear market has officially started. Of course, the 20% threshold is an arbitrary number.

“Whether or not the S&P 500 closes in a bear market doesn’t really matter,” said Brian Jacobsen, senior investment strategist at Allspring Global Investments. “A lot of pain has already been suffered.”

Many large technology stocks, which are seen as the most vulnerable to rising interest rates, have already fallen more than 20% this year. That includes a 37.2% drop for Tesla and a 69.1% nosedive for Netflix.

It is a sharp reversal from the strong run Wall Street enjoyed after emerging from its last bear market in early 2020, at the start of the pandemic. As a result, the S&P 500 more than doubled, as a new generation of investors seemingly met every wobble with the rallying cry to “Buy the dip!”

“I think a lot of investors scratched their heads and wondered why the market was up despite the pandemic,” Jacobsen said. “Now that the pandemic is hopefully largely over, I think many investors are kicking themselves for not getting away with signs that the economy was likely slowing and the Fed was reversing its policy.”

With inflation at its highest level in four decades, the Fed has aggressively moved away from keeping interest rates super low to support markets and the economy. Instead, it raises interest rates and takes other steps in the hopes of slowing the economy enough to contain inflation. The concern is whether it goes too far or too fast.

“Certainly, market volatility has all been driven by investor concerns that the Fed will tighten policy too much and send the US into recession,” said Michael Arone, chief investment strategist at State Street Global Advisors.

Bond yields fell as concerns about the recession pushed investors toward government bonds and other things considered safer. The 10-year Treasury yield, which helps determine mortgage rates, fell to 2.78% from 2.85% at the end of Thursday. Goldman Sachs economists recently estimated the probability of a recession in the US in the next two years at 35%.

Inflation has been painfully high for months. But market concerns grew after the Russian invasion of Ukraine, which further pushed up prices at supermarkets and petrol stations, as the region is an important source of energy and grains. The world’s second-largest economy, meanwhile, has taken a hit as Chinese officials closed key cities in hopes of stopping COVID-19 cases. All of that is compounded by some disappointing data on the US economy, although the job market is still hot.

Increasing pressure on equities has been a sign that corporate earnings are slowing and could eventually be hurt by inflation. That means the pain has expanded beyond technology and high-growth stocks to encompass more of Wall Street.

Retail giants Target and Walmart both had warnings this week about inflation cutting finances. Discount retailer Ross Stores fell 22.5% Friday after lowering its earnings forecast and citing rising inflation as a factor.

“The latest retail earnings finally indicated that U.S. consumers and businesses are being negatively impacted by inflation,” Arone said.

Though the source is different, the gloom on Wall Street reflects a sense of annoyance across the country. A poll by the Associated Press-NORC Center for Public Research released Friday found that only about 2 in 10 adults say the U.S. is moving in the right direction or the economy is good, both lower than about 3 in 10 adults. 10 a month earlier.

Much of Wall Street’s bull market since early 2020 has been the result of purchases by mainstream investors, many of whom first started trading during the pandemic. In addition to many cryptocurrencies, they helped darlings like Tesla drive stocks higher. They even caused GameStop to suddenly soar to such a high level that the professional Wall Street shuddered.

But these traders, dubbed “retail investors” by Wall Street to differentiate them from large institutional investors, have backed off as stocks plummeted. According to a recent report from Goldman Sachs, individual investors have changed from a net buyer of shares to a net seller in the past six months.