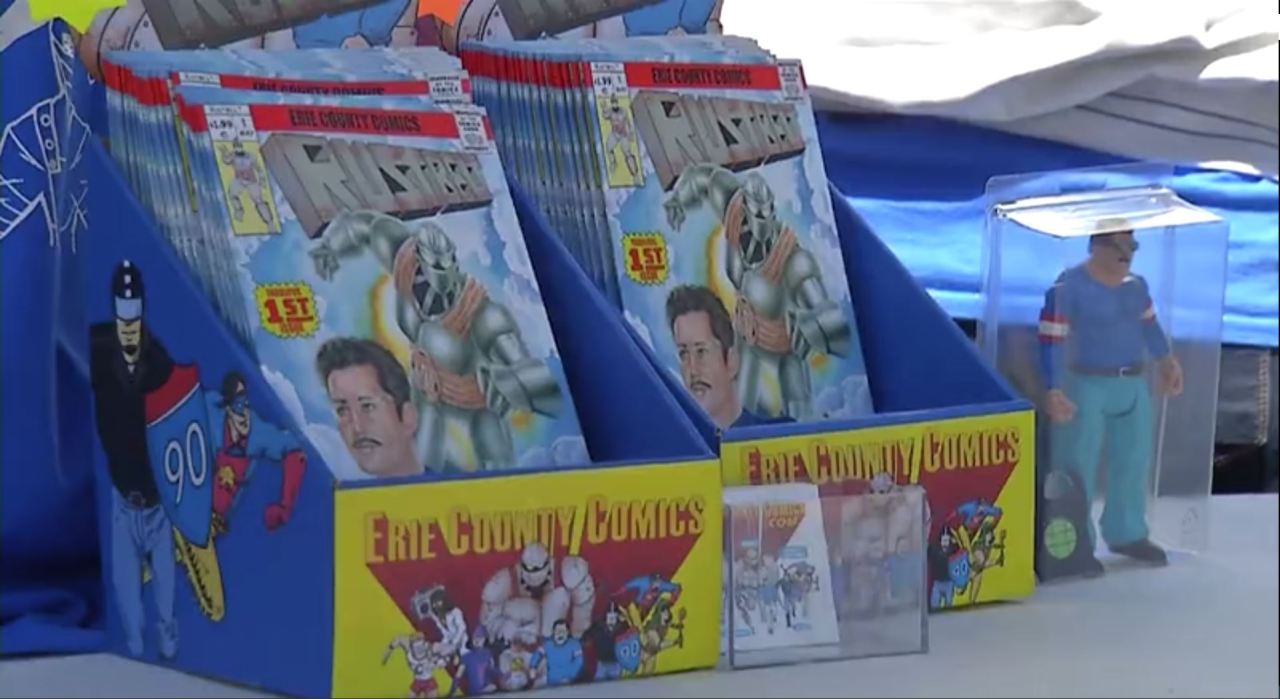 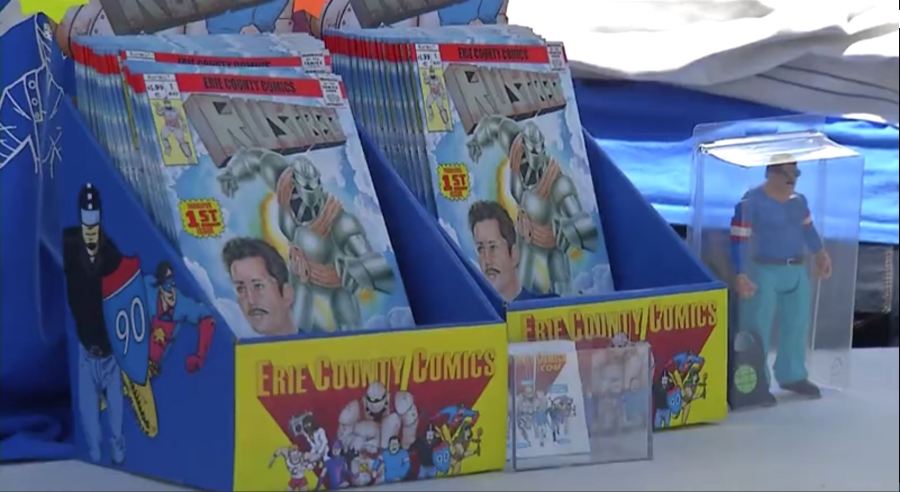 Tivo Rodriguez talks about taking inspiration from his city, his lifelong hobby and his hero

BUFFALO, NY (WIVB) — Saturday marked Free Comic Book Day at more than 2,000 stores worldwide, but it was also a significant day for a local comic book publisher, who held a book signing during the launch of its range of Buffalo-based heroes on Queen City Bookstore on Main Street.

He expressed his appreciation for the community’s support during the event.

“The outpouring of support has been amazing,” he said. “I’m telling you, Buffalo people love it when they show appreciation for the city. Anything that is Buffalo based, I think people from Buffalo like to get behind because I think we all have the same mutual love for our city and would like to see it supported and celebrated as much as possible.”

The comic was created in honor of Rodriguez’s grandfather, Amalio Ayala, who also stars in the story, as the man who remotely controls the mechanical powerhouse Rustbelt. Rodriguez told News 4 that when he was younger, Ayala was the one who got him into comics in the first place, taking him to the flea market and comic book store to look around.

“He would sit here in the car while I spent a few hours going through the bins,” Rodriguez said. “He’s pretty much instilled in me a lifelong hobby of reading and comics.”

Although Ayala died a few weeks ago at age 88, Rodriguez was able to get large prints of the comic that he could read before he died. Ayala loved it. Rodriguez said the most important thing to him was that he used his work to show his grandfather what he meant to him.

“Basically, what I wanted to convey to him is that he is mine hero,” Rodriguez said. “And I wanted to immortalize him in that regard. Probably the highest credit I can give anyone, for me, is to put them in a comic book.”

In addition to honoring his grandfather, Rodriguez wanted to pay tribute to his city.

“I have a passion for comics and a passion for the city of Buffalo,” he said. “So I wanted to bring them together and put something out there for the world, and see what people think.”

In addition to Rustbelt, the series will feature Buffalo heroes Roller Queen, Kensington Bailey, The Courier, The 90 and the team from The Brave & Talkin’ Proud. One of those heroes may even appear in the first issue of “RUSTBELT”, but no spoilers here.

Rodriguez said readers unfamiliar with Buffalo may not pick up on some Buffalo deep-cuts and Easter eggs, such as Freddies Donuts and the Courier Express, so Buffalonians definitely have an advantage in catching some nods to the city he’s in town. blocked. stories.

Erie County Comics started as a quarantine hobby and has now grown into a fantastic first issue, with more issues coming soon. Rodriguez said there is no confirmed timetable for later issues, but he said they are on their way.

“RUSTBELT” will be on sale through June 6 at Queen City Bookstore, and Rodriguez will have more copies for sale at Buffalo Comicon on May 21.

For more information, visit the Erie County Comics website at this link.

Adam Duke is a digital producer who has been part of the News 4 team since 2021. View more of his work here.