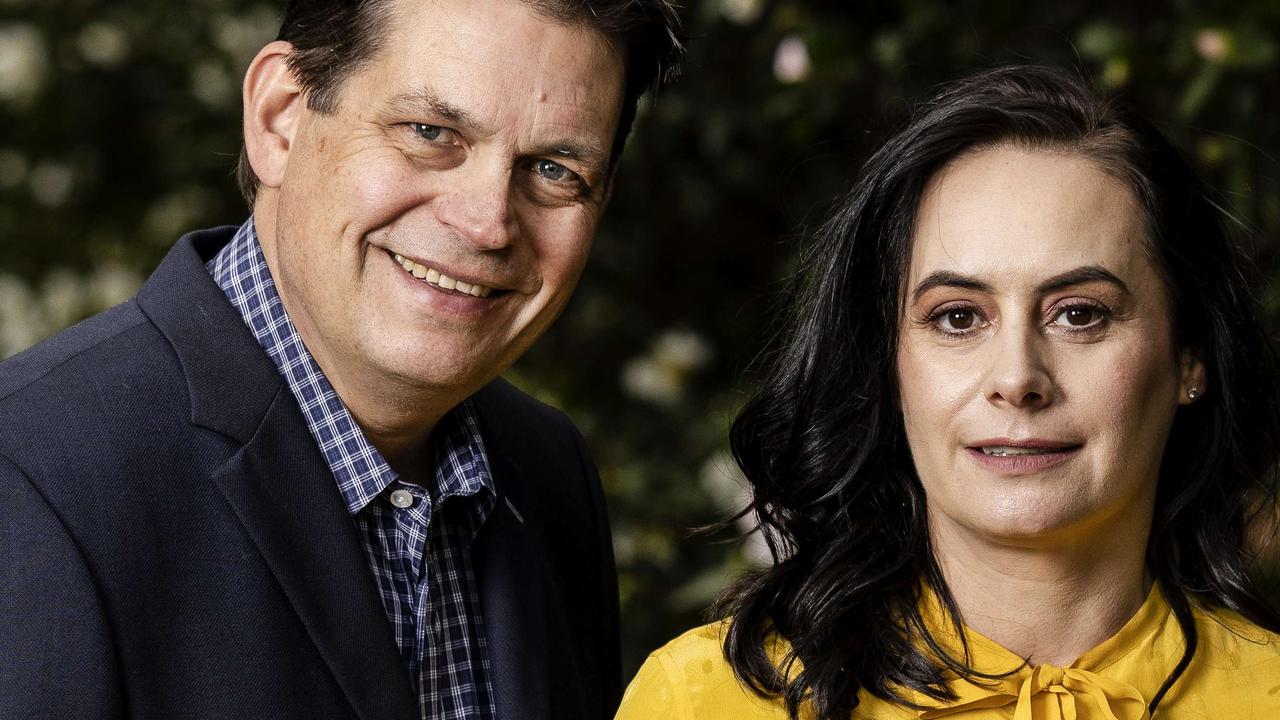 The Melbourne couple took a risk by giving up their stable career and later starting their own business. But it paid off.

A Melbourne couple who quit their day jobs to start a new business is now earning $69,000 a month.

Partners Maia Dodds and Craig Ford, who have been together for 15 years, could never have imagined that their idea was exactly what everyone would need during a Covid-19 lockdown.

In 2018, Ms. Dodds went to get her hair done on an already busy Saturday and “$400 later, three hours later” she began to wonder if there was a better process.

It was time consuming and costly, but the only other option the mom could see was buying DIY kits from the grocery store that irritated her sensitive skin.

So she and her partner decided to launch their own salon-quality hair dye kits with no irritants in the ingredients.

After flying to Italy to come up with the perfect formula, they launched their e-commerce company The Shade in June of that year.

But then Covid-19 hit and suddenly people couldn’t or wouldn’t go to their local salon, and interest in their hair kits exploded.

“Covid has given us a good boost,” he said, explaining how they are now turning over their annual revenue in one month.

The couple sold a home and donated the $500,000 from the sale directly into The Shade to get it off the ground.

They initially had 27 different hair colors and the whole package fits in a standard letterbox.

In addition to the actual hair dye, the coloring sets include a bowl, brush, four cutting clips, a protective cape and a couch mat for new customers.

To gain some traction, Mr. Ford and Ms. Dodds initially released their products in a free trial that “cost a lot of money” but eventually paid off.

“There was quite a jump between those two years,” said Mr. Ford.

“When Covid hit, we were packing from our kitchen table.”

It was the job of their teenage children to pack the boxes in what became a whole family affair.

However, once the pandemic broke out, the workload became too heavy and they eventually moved to a warehouse in Dandenong South and hired contractors.

Even as the company took off, Mr. Ford revealed they are still on a “tight belt”.

“We don’t take a salary, we just take the loan,” he explained.

“If cash flow is available, we use just enough to get by.”

It helps “knowing that one day it will reach a point where we can take out more of the loan and treat ourselves to a vacation,” he added.

“That’s why we’re doing a fundraiser so we can get some money to fully invest in the business.”

The couple will be running a stock crowdfunding campaign through Birchal over the next three weeks to put more money into the company so they can take it to the next level.

“Speaking of future plans, our goal is to set up Shade color bars across Australia using only our products,” explains Mr Ford.

“We think it will be much cheaper than a traditional salon.

“We are getting more and more requests from salons. Our kit we’re using isn’t very suitable for them, so we’re thinking about buying bulk products so we can sell them to salons.”