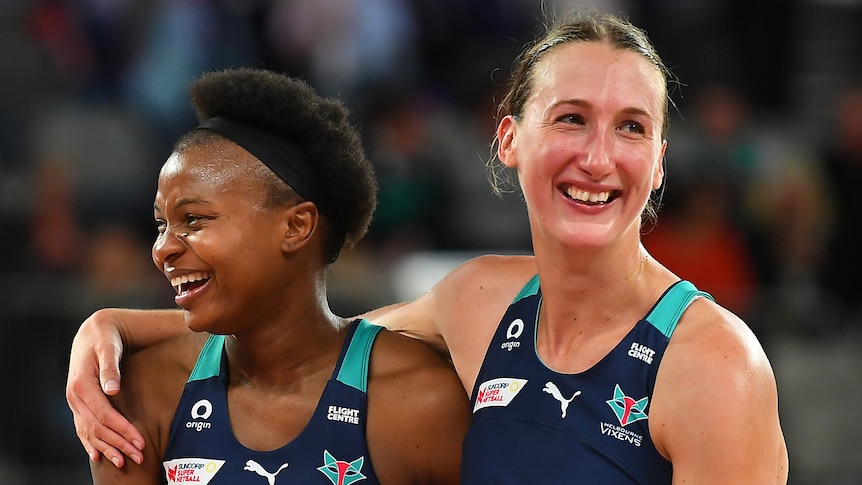 The Melbourne Vixens moved into provisional first place on the Super Netball ladder after passing the Queensland Firebirds 66-64 at the John Cain Arena.

The Vixens, who came in after a derby loss to the Collingwood Magpies, trailed 36-32 at halftime on Saturday and appeared frustrated by the stifling defense of the third-placed Firebirds.

But the home side rallied after the break and narrowed the gap to one point in three quarters before Mwai Kumwenda offered a 5-0 punch in the closing minutes to drag the Vixens across the line.

The win put the Vixens at the top of the ladder, at least until Sunday afternoon, when West Coast Fever gets a chance to reclaim first position when they play against the Magpies.

“It was hard work playing against those defenders,” said Kumwenda, who overcame a shaky start and finished with 51 goals from 55 attempts.

“In this competition, every team is very hard.

“I’m proud of the girls and how they played today.”

An 8-1 run in the first quarter allowed the Firebirds, boosted by Lara Dunkley’s creativity on wing offense and Gabi Simpson’s quick hands on defense, to set the early pace.

Dunkley’s connection to gunner Donnell Wallam continued to cause trouble for the Vixens.

Vixens caretaker coach Di Honey moved co-captain Kate Moloney off center and onto the rampant Dunkley as the Firebirds’ lead – which had been stretched to eight points – threatened to blow out.

Kumwenda stopped some of the bleeding late in the second quarter before firing on all cylinders in the third term, which got the Firebirds off to a bad start.

The Firebirds committed too many punishments, which helped the Vixens fight back.

Hannah Mundy was blasted from the bench into the center where she had the better of Firebirds skipper Kim Ravaillion as the match went on, with the visitors gradually running out of answers for Kumwenda.