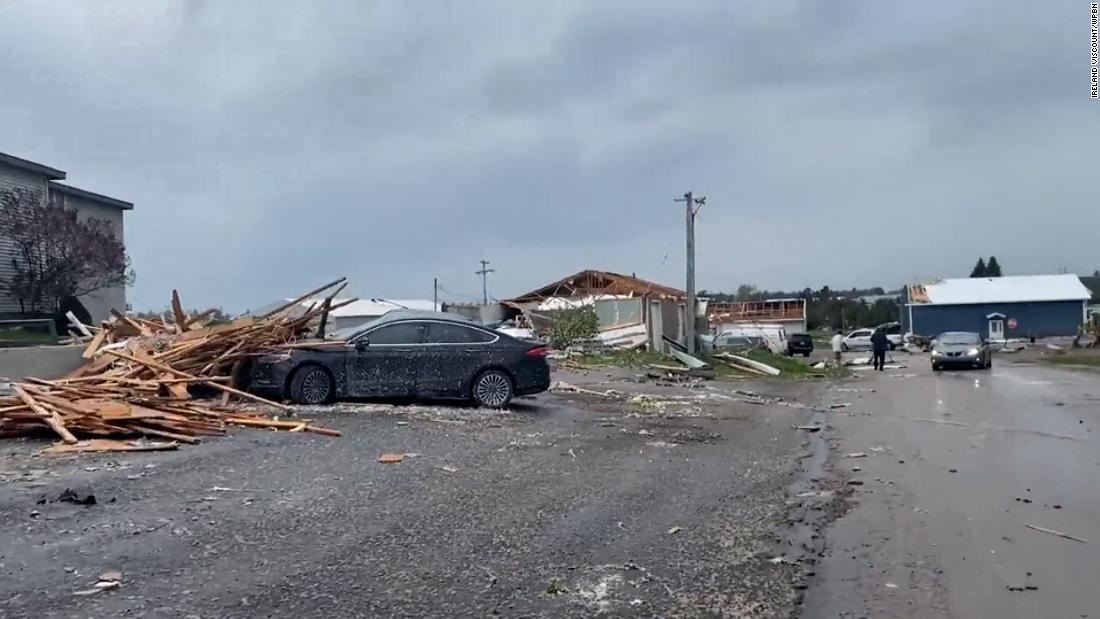 First responders are assessing the damage caused by the tornado, according to Gorno, who described the scene as “catastrophic,” with cars turned over and structures destroyed.

“It’s a busy downtown area and it went right through it,” he said.

“We’re not used to it here,” he said. “We don’t have sirens like in other parts of the country.”

They later wrote, “Heavy damage throughout the area,” posting photos of damage to a shopping center, pizzeria and Goodwill location.

About 35 percent of utilities in Otsego County — including Gaylord — experienced power outages Friday afternoon, according to tracking website PowerOutage.us.

About 25,000 people live in Gaylord and Otsego County, according to the US Census Bureau. The village is located about 235 miles north of Detroit.

This is a story in development. Come back for updates.