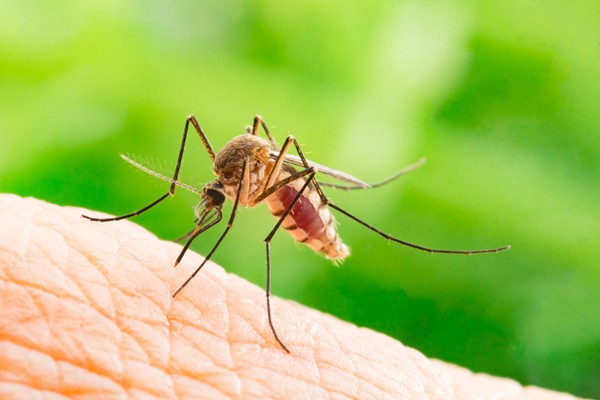 Mosquitoes infected with the Jamestown Canyon virus were found in Michigan.

The virus is spread to humans through bites from infected mosquitoes, usually from late spring to mid-autumn.

The first symptoms are fever, headache and fatigue. In rare cases, the virus can cause serious illness in the brain and spinal cord.

In the summer, people in Michigan are also at risk for other mosquito-borne diseases, including eastern equine encephalitis and West Nile virus.

According to the Michigan Department of Health and Human Services (MDHHS), the best way to protect yourself against the viruses is to avoid mosquito bites.

“It only takes one bite from an infected mosquito to cause serious illness,” said Dr. Natasha Bagdasarian, MDHHS medical director, said in a statement. “We urge Michiganders to take precautions such as using an EPA-registered insect repellent outdoors, avoiding areas where mosquitoes are present if possible, and wearing clothing to cover arms and legs to prevent bites.” .”

Mosquitoes become infected when they feed on deer and other animals that have the virus.

• Wear light-colored long-sleeved shirts and long pants when outside.

• Provide screens on windows and doors to keep mosquitoes out.

• Remove water from mosquito breeding grounds around the house, such as buckets, unused kiddie pools, and old tires.