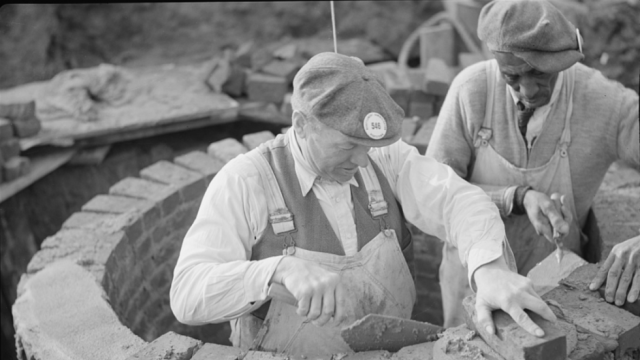 ALBANY, NY (STACKER) — As the COVID-19 pandemic continues to impact the global economy, the current job market is a hot topic in the news cycle. But while the pandemic itself has historically been something of an economic aberration, the US economy we know today has a long and storied history of expansions, recessions and evolution.

At the time of the American Revolution, most of the job market in the US revolved in some way around agriculture or food procurement. Many individuals and communities farmed for a living, not even growing enough to have a surplus to sell for a profit.

As the fledgling country grew, so did its economy, which emerged during the industrial revolution of the late 1700s and early 1800s, inexorably shifting the country’s economic focus from agricultural endeavors to those of manufacturing, trade, and other forms of business. Inventions such as the steam engine and cotton gin accelerated production and fueled a thriving labor market that was met by immigrants eager to find work.

By the mid-late 1800s, the U.S. economy and labor market were characterized by successive periods of rapid growth, followed by panic or depression. This economic turmoil was fueled by stock speculation and fluctuating confidence in the federal government’s ability to regulate cash flow and support banks. The uncertain economy in turn led to a volatile labor market.

In an effort to capture a snapshot of the history of the US job market, Stacker compiled a list of the most common jobs in New York from 150 years ago using data from the US Census Bureau. Transcribing the previously untranscribed Table XXVII of the 1870 Decennial Census provides a state-level glimpse of the historic job market. Nationally, farmers and planters were the most common occupation 150 years ago, just one of many agricultural jobs that accounted for more than 47% of all workers over the age of ten.

#13. Employees of railway companies (not clerks)