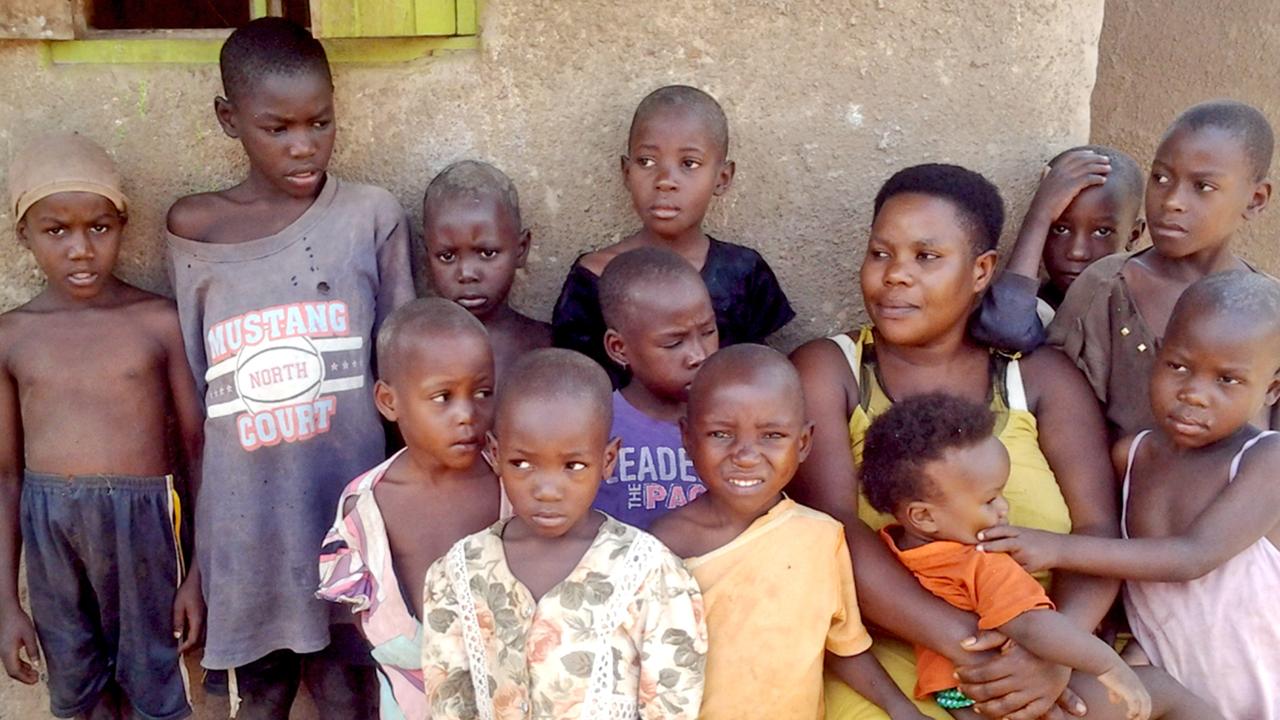 Mariem Nabatanzi had given birth to 44 children by age 40 and was told that no family planning method would work for her.

A mother who holds the world record for having the most children was warned by doctors that she could face serious health problems if she stopped giving birth.

Mariem Nabatanzi had given birth to 44 children by age 40 and was told no family planning method would work for her, The Sun reported.

Only once did she give birth to a single child.

Six of her children died, and her husband abandoned her and ran off with all the family’s money, leaving Mariem to raise 38 children – 20 boys and 18 girls – on her own.

Mariem was married off when she was only 12 years old after her parents sold her and shortly afterwards she became pregnant and gave birth to her first child at the age of 13.

Fertility rates are much higher in Uganda, where the average is 5.6 children per woman, according to the World Bank.

That is more than double the world average of 2.4 children.

But Mariem – called ‘Mama Uganda’ in her homeland – soon realized that she was different from other women.

When she kept having twins, triplets, and quadruplets, she went to a health clinic.

Doctors told her she had abnormally large ovaries, leading to a condition called hyperovulation.

She was told that birth control wouldn’t work and was likely to cause serious health problems.

Treatments for hyperovulation do exist, but they are hard to come by in rural Uganda.

As Dr Charles Kiggundu, a gynecologist at Mulago Hospital in the Ugandan capital Kampala, told The Daily Monitor, the most likely cause of Mariem’s ​​extreme fertility was heredity.

“Her case is a genetic predisposition to hyperovulation — the release of multiple eggs in one cycle — which significantly increases the likelihood of multiple births,” he said.

Today, at age 43, she says she was told three years ago, after her last birth, to stop having children.

She said the doctor told her he had “slit my uterus from the inside”.

Mariem told filmmaker Joe Hattab through a translator: “It was God’s grace to give me… [so] a lot of children.”

Her story, however, is permeated with sadness.

She said she was forced to marry against her will at age 12 after her parents sold her for the dowry.

Mariem added that doctors told her she was too fertile and that she had to continue giving birth to reduce fertility in her ovaries.

She was told that no family planning method would work for her and that the only way to “easily relax” her body was to have children.

According to Mayo Clinic, an American private health company with offices around the world, “Severe ovarian hyperstimulation syndrome is uncommon, but can be life-threatening.”

Other complications may include fluid buildup in the abdomen or chest, blood clots, kidney failure, twisting of the ovary, or difficulty breathing.

All of her children belong to her often absent husband who eventually left her in 2016, the same year she gave birth to her youngest child.

Through a translator, one of her sons told Joe Hattab that his mother is his “hero.”

She told Joe Hattab that a “nice woman” donated bunk beds for her kids after her husband left her, but it can still get pretty cramped, with 12 in a room for two on a mattress.

Speaking of her ex-husband beaten to death, Mariem uses an expletive, before welling up adding, “I grew up in tears, my husband put me through a lot of suffering.

“All my time has been spent taking care of my children and working to earn some money.”

Mariem has gone out of her way to take care of her children, entrusting her hand to hairdressers, collecting scrap metal, brewing homemade gin and selling herbal medicines.

All the money she earns is immediately consumed by food, clothing, medical care and school fees.

But on a dingy wall in her house, there are primarily portraits of some of her children who are graduating.

Her eldest child Ivan Kibuka, in his mid-20s, had to drop out of high school when his mother could no longer afford it.

‘Mom is overwhelmed,’ he said, ‘work is crushing her.

“We help where we can, like cooking and washing, but she still carries the whole burden on the family. I sympathize with her.”

The most fertile woman in history is said to be an 18th-century Russian peasant named Valentina Vassilyev.

This included 16 twins, seven sets of triplets and four sets of quadruplets.

Her husband, Feodor, is said to have had six twins and two triplets with his second wife — another 18 children.

This would mean that he fathered a total of 87 children.

Unsurprisingly, however, record-keeping in 18th-century rural Russia was patchy at best, and these figures are disputed by historians.

This story was originally published by The Sun and is reproduced here with permission.