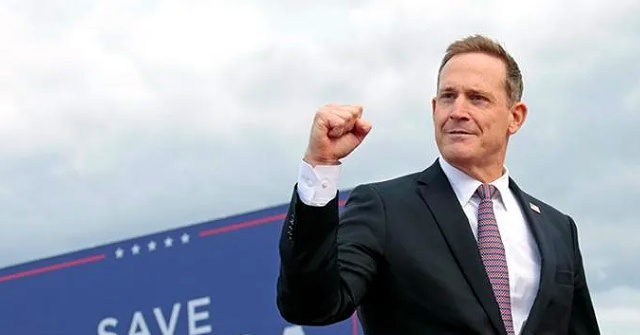 Rep. Ted Budd (R-NC), the Republican nominee for the United States Senate in North Carolina, is nearly five percentage points ahead of his general election opponent, Democratic candidate Cheri Beasley, according to a Cygnal poll released by the John Locke Foundation Thursday.

The poll asked voters:If the US Senate general election were held today and you had a choice, who would you vote for?”

Of the respondents, 45 percent chose Budd, who received President Donald Trump’s support in the primaries, while Beasley, a former chief justice of the North Carolina Supreme Court, received 40.3 percent of the response. Green Party candidate Matthew Hoh and libertarian candidate Shannon Bray each voted under three percent and 11 percent were undecided.

Budd did very well in his primary race last month, taking nearly 60 percent of the vote and beating a crowded field of opponents.

Survey participants were also asked to categorize how “serious is inflation a problem in the US?”

The survey also asked respondents how much responsibility President Joe Biden bears”for the historically high inflation in the US?”

A large proportion of respondents (41.1 percent) said Biden is fully responsible for inflation, while another 36.6 percent believe he is somewhat responsible. Only 19.5 percent claimed he was in no way responsible, and a further 2.8 percent were undecided.