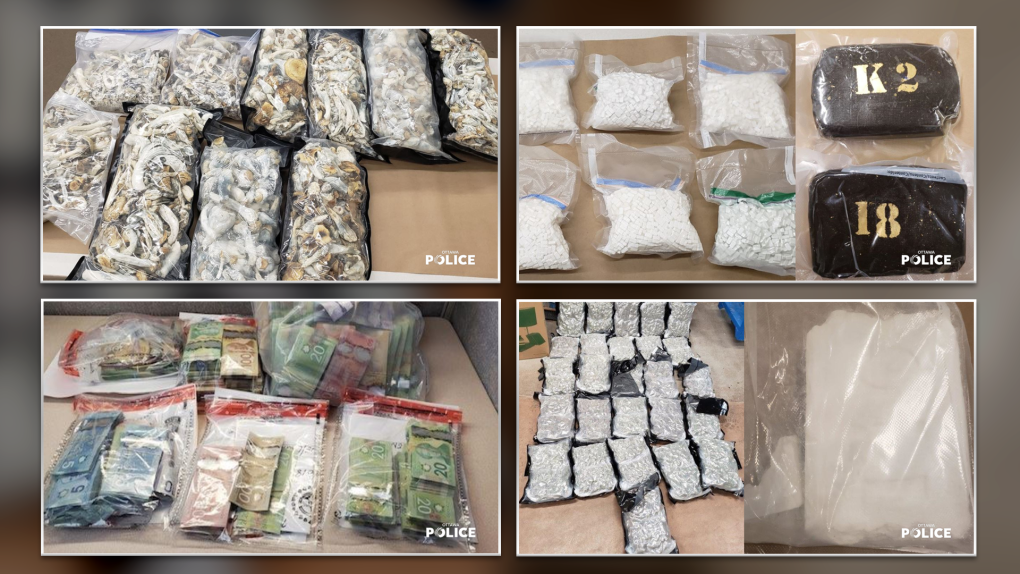 Ottawa police seized 210 kilograms of cannabis, 1.5 kilograms of cocaine, 7,000 methamphetamine pills, cash and a luxury vehicle as part of a three-month drug trafficking investigation in the capital.

Seven people are being charged after officers searched six homes in Ottawa on Friday morning in response to an investigation dubbed ‘Project Road Runner’.

“The investigation focused on a drug distribution network operating in the city,” the police said.

In a press release Saturday afternoon, police outlined what was seized during the investigation;

Six people were arrested and charged with numerous offenses under the Controlled Drugs and Substances Act, the Criminal Code and the Canaanbis Act, including possession for sale/distribution.

Police say officers are still looking for a seventh person in connection with the investigation.

“Ginn Paluck, 30 years old, of Ottawa, is under indictment and is currently wanted by police on multiple charges related to the investigation, including involvement in/contributing to a criminal organization and possession of a Schedule I substance for trafficking in human beings,” said the police.