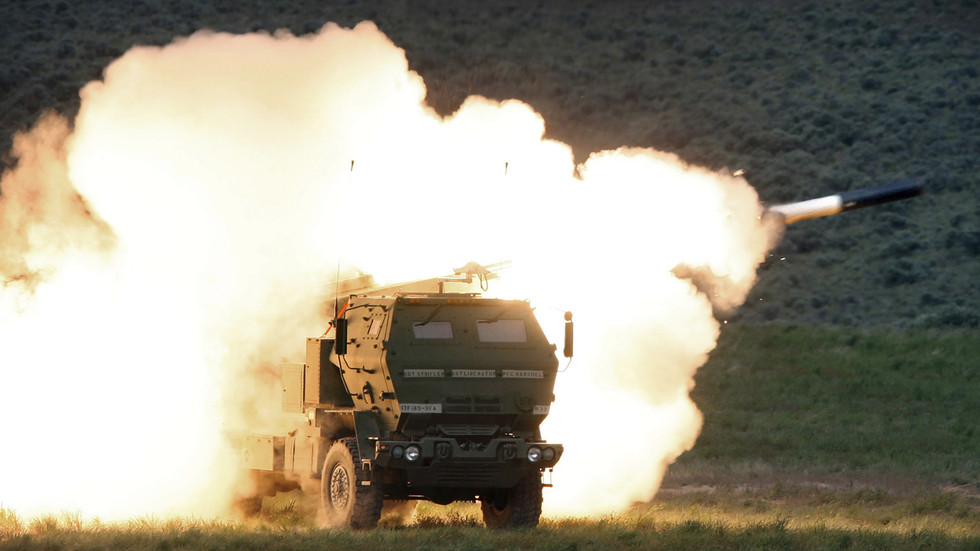 The Pentagon will send four more missile artillery systems to Ukraine as part of its latest $450 million military aid package, the US government said Thursday. This would bring the total number of HIMARS launchers sent to Kiev to eight, the first of which have reportedly already reached Ukrainian forces.

“The United States has now pledged about $6.8 billion in security assistance to Ukraine since the beginning of the Biden administration,” Breasseale added.


However, Kiev has asked for a much larger amount of weapons – “ten times more” HIMARS, Ukrainian MP Alexandra Ustinova had told Politico, describing the four en route as: “nothing.”

The first batch of four launchers has already arrived, Ukrainian Defense Minister Alexey Reznikov announced on Twitter, thanked his “colleague and friend” Lloyd Austin for the “powerful tool” and wish the death of the Russian troops.

On Wednesday, his ministry celebrated mounting a rocket launcher, reportedly from a downed Russian helicopter, on a Mitsubishi pickup truck as a makeshift solution — known as a “technical” – until the HIMARS arrived.

So now rus weapons are really in good hands. 🇺🇦 warriors have installed a rocket launcher from a shot down 🇷🇺 🚁 Ka-52 on their car and are using it against the occupiers.PS Thanks to 🇺🇦 volunteers for the Mitsubishi L200.PPS But we are still waiting for HIMARS and M270 ! pic.twitter.com/ZXem1grx23

In addition to the US wheeled launchers, the UK is sending three of the tracked M270 MLRS to Ukraine, which use the same ammunition. Another three units would come from Germany, which Kiev has already sent some PHz2000 self-propelled guns. Although the US initially claimed that the launchers will be equipped with: “battlefield ammunition”, Pentagon policy chief Colin Kahl revealed earlier this month that the US was supplying Ukraine with heavy guided missiles, with a range of 70 kilometers.

Last week, an adviser to Ukrainian President Volodymyr Zelensky said Kiev needed 300 MLRS launchers, 500 tanks and 1,000 howitzers to reach heavy weapons with Russia, only to be reprimanded by a defense official.


According to the Russian Defense Ministry, Ukrainian forces had lost a total of 647 MLRS launchers on Thursday, including several foreign-made that hit warehouses in Nikolaev overnight.

Meanwhile, there were unconfirmed reports that two of the French-made CAESAR 155mm howitzers delivered to Kiev were captured by Russian or Allied forces and sent to Russia for study. In a Telegram post on Thursday, Russian arms maker Uralvagonzavod jokingly thanked President Emmanuel Macron for the “gift” and asked him for “send more” to disassemble. However, there is no official confirmation of the capture of the howitzers.