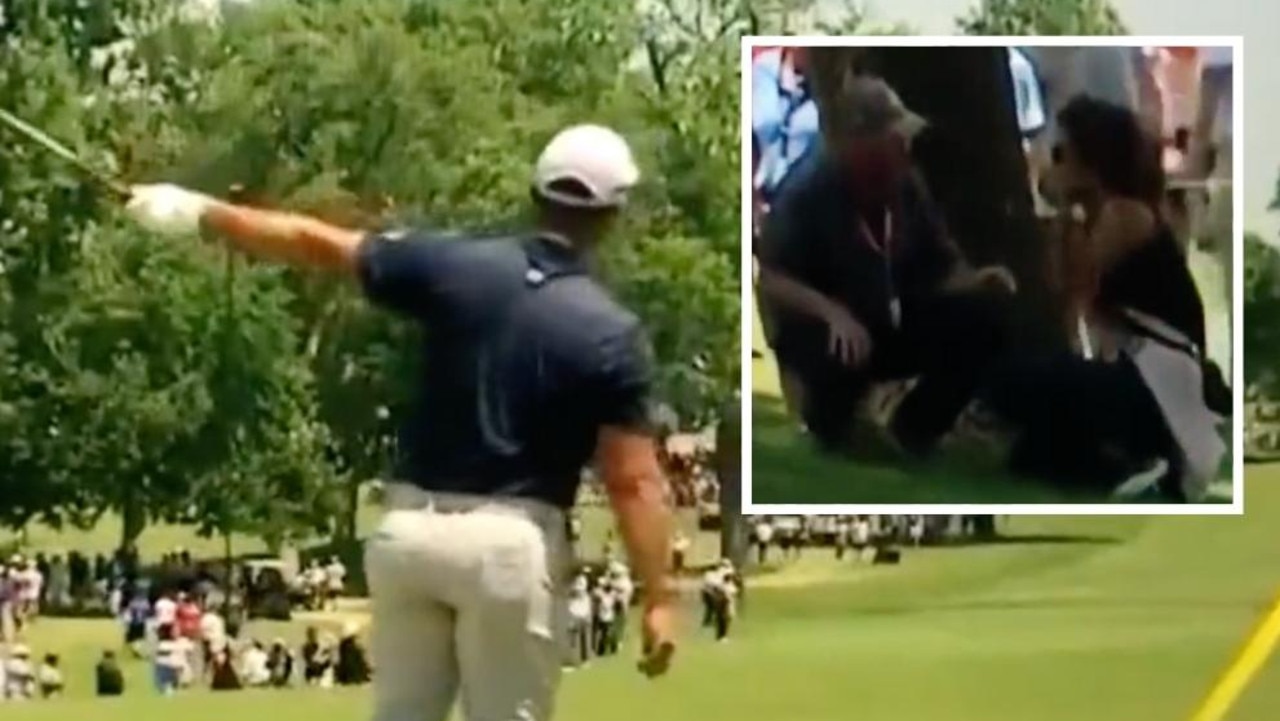 A sports anchor is on the mend after being hit in the face by a faulty tee shot at the PGA Championship on Thursday.

ESPN anchor Sage Steele is recovering from a punch to the face by Jon Rahm on the third hole of the PGA Championship on Thursday.

Golf writer Geoff Shackelford described an account of an eyewitness who “saw her on the ground, holding her nose, mouth or chin,” with her hands “covered in blood.”

A source told the New York Post she walked away on her own.

Shackelford saw Rahm’s shot – which traveled 256 meters at 291 km/h, according to the ESPN broadcast – go wrong.

“I was behind the tee when Rahm hit a hard hook in the left trees. He immediately yelled, “Fore Left!” and aggressively waved his arm pointing to the left,” he wrote. “The impact must have been brutal: Rahm’s tee shot landed in the middle of the fairway.”

Steele Treated The Major In Oklahoma’s Southern Hills For ESPN’s Sports Center† She had completed her work on the program for the day and was watching the tournament from the recognized media gallery. She was hospitalized after being hit with the ball.

There was no indication that Rahm or his caddy realized what was happening in real time. The shot went so far off the fairway that it was not picked up by the TV camera. The ESPN broadcast made no mention of Rahm’s drive hitting Steele. At least one social media account indicated it was mentioned in SiriusXM’s coverage of the tournament.

Sources told the New York Post that Steele has traveled home to Connecticut and will not be back on ESPN’s coverage of the tournament this weekend.

An ESPN spokesperson declined to comment on this story.

Steele, 49, has been with ESPN since 2007. She has hosted the Scripps National Spelling Bee, NBA Finals, and SportsCenter coverage of the Super Bowl, World Series, College Football National Championship, and The Masters sites.

Last month, Steele sued ESPN, alleging she retaliated for comments she made about the company’s vaccine mandate on Jay Cutler’s podcast last September, violating both her contract and her right to free speech.

ESPN disputed her award of being suspended for her comments, saying she remained a valuable on-air contributor to the network. The lawsuit said the company uses the words “sidelined” and “taking a break” to describe its absence from the air and refers to those words as “euphemisms” for a suspension.