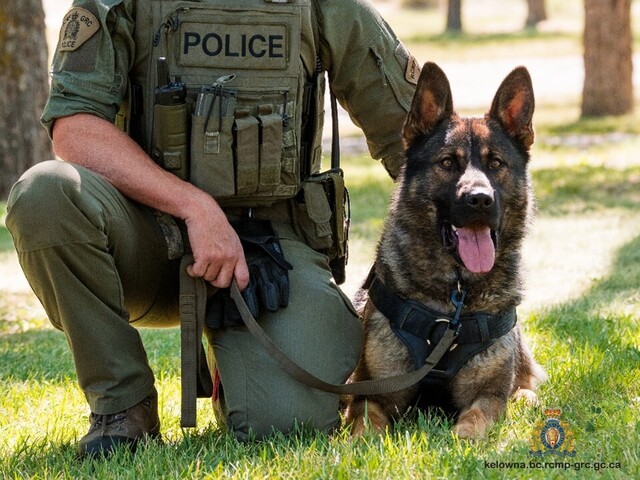 Witnesses who saw the wanted man on Saturday have provided an updated description of him.

cpl. Tammy Lobb of the Kelowna RCMP says the man was seen on Saturday wearing dark pants, a dark long-sleeved top and a black and white backpack.

Although the RCMP has not identified the man as he has not yet been charged, they have described him as a tall, thin man with blond hair.

Police have not disclosed what the suspect was originally arrested for, but they believe he may have violated his court-ordered release terms. Officers have been looking for him since Thursday.

Police in West Kelowna continue to search for a man wanted for violating his court-mandated terms.

The West Kelowna RCMP is using police dogs in the Gellatly Road area of ​​West Kelowna on Saturday as they search for the same man they searched for on Thursday.

cpl. Tammy Lobb of the Kelowna RCMP says the man was previously arrested in a criminal case but was released on a number of conditions. Since the Crown has not yet filed any charges in this case, Cpl. Lobb says she cannot reveal the man’s identity.

“Officers were looking for an arrest warrant, but I don’t have an update on that at the moment…so until the charges are filed, I can’t confirm his name,” Cpl said. said Lobbe.

cpl. Lobb did not disclose what type of incident the man was initially arrested for, or when that arrest took place, but police were informed Thursday afternoon that he may have violated his terms. It is also not clear which condition imposed by the court he allegedly violated.

“He was released on court-mandated conditions and the report we received a few days ago was that he had violated those conditions,” said Cpl.Lobb.

Police have deployed a helicopter and police dogs to locate the man, but have so far turned up empty-handed.

She says she has received several reports of sightings of the suspect since Thursday.

“This morning there was a lot of police presence in the Gellatly Road area as frontline officers, along with help from Police Dog Services, actively searched for the man,” she said.

The man will remain on the run from Saturday afternoon.