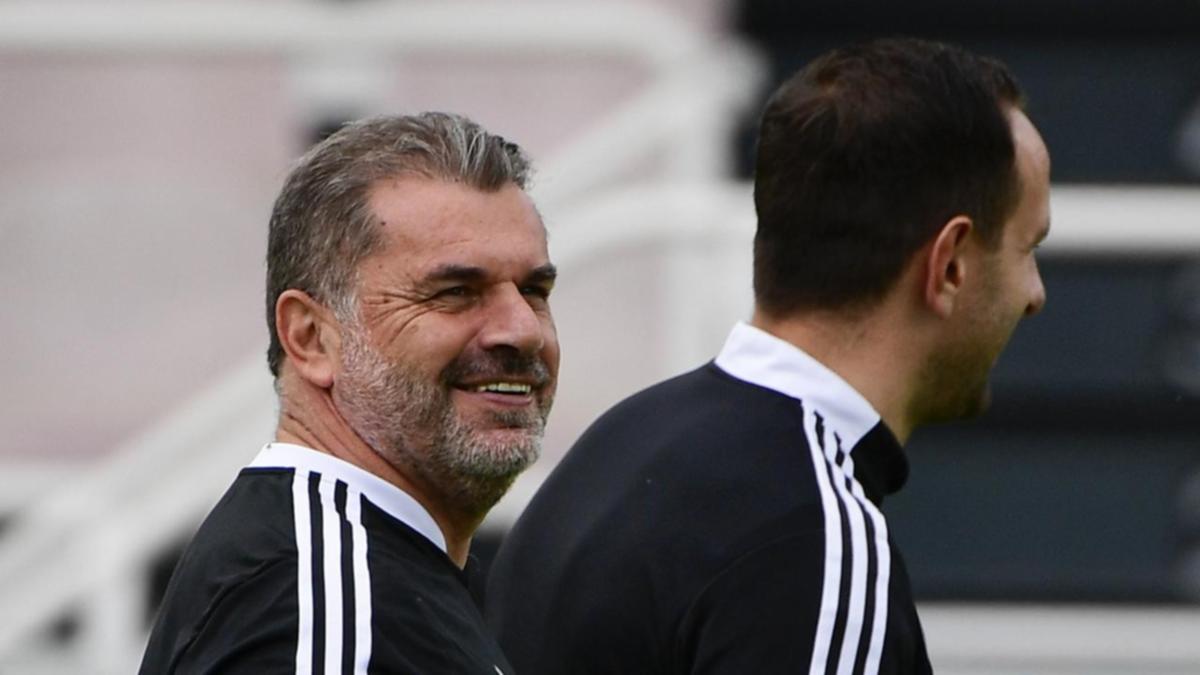 Ange Postecoglou is the toast of Glasgow’s green half after taking a 52nd Scottish title with Celtic.

The Australian manager of the Bhoys smiled at Parkhead after watching his side come from behind to beat Hearts 4-1 on Saturday and – all but mathematically – secure the Premiership crown.

The win puts Celtic nine points clear of sworn rivals Rangers, who have three games to play but have a much worse goal difference at 22.

The ecstatic scenes at Celtic Park were testament to the remarkable influence former Socceroos boss Postecoglou has had since taking over a demoralized club in June last year.

Celtic lost their way when Rangers, under their previous boss Steven Gerrard, ruled the Scottish abode, but Postecoglou, originally seen in Parkhead as ‘Ange who?’, has become a cult figure after rejuvenating their fortunes.

The 56-year-old has re-established the club’s attacking identity and brought in new ideas and staff as his new look Celtic have won two trophies in their opening season following the League Cup success in December.

It felt fitting that Celtic’s win on Saturday would come thanks to goals from four of Postecoglou’s inspired signings – Daizen Maeda, Kyogo Furuhashi, Matt O’Riley and Giorgos Giakoumakis.

Hearts had ruined the party atmosphere early on with a third-minute goal from Ellis Sims before Maeda and Furuhashi, both identified by Postecoglou during his successful stint in Japan, hit back before half-time.

England-born Danish international O’Riley under-21 then shot in the decisive third after the break, before Greece international Giakoumakis sealed the deal in the last minute.

His latest success only cements Postecoglou’s reputation as the most successful manager Australian football has ever produced.

He coached title-winning teams in his home country of South Melbourne and Brisbane Roar, in Japan with Yokohama F. Marinos and now Scotland, taking the Socceroos to the World Cup after leading them to the Asian Cup title.