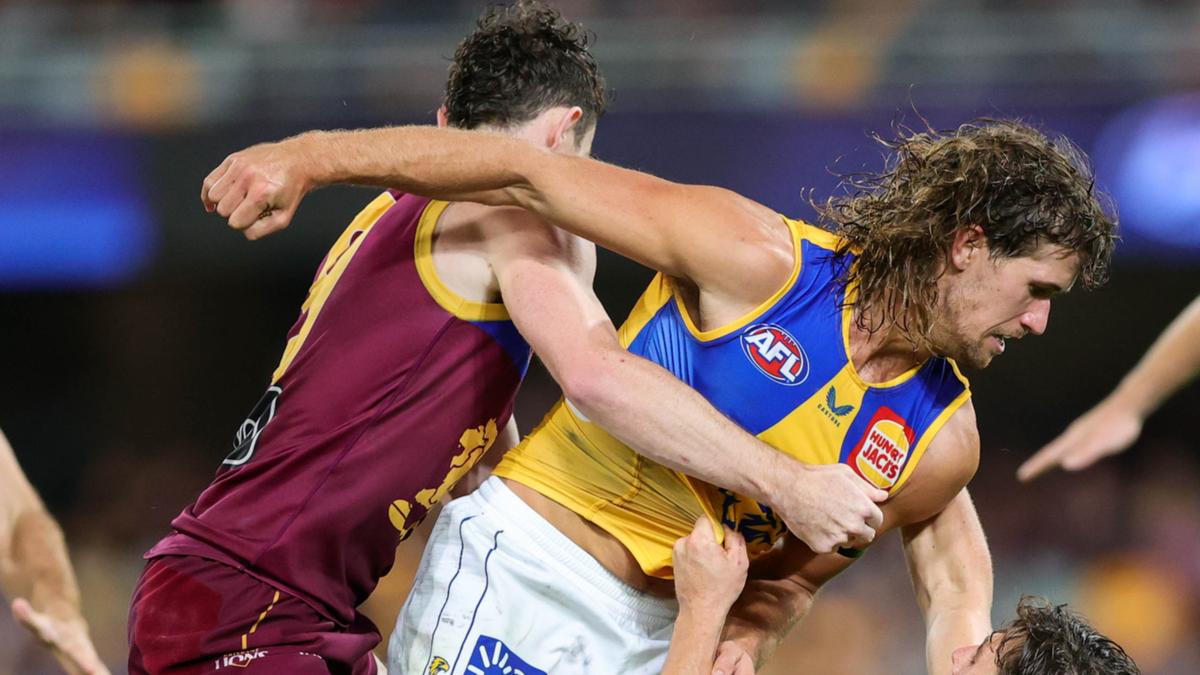 An understaffed West Coast sneaked bravely and Brisbane lost another tall forward, but the Lions still did as expected in a 75 point AFL race in the Gabba.

Daniel McStay’s nasty singles role in the first quarter saw the host win 16.9 (105) to 4.6 (30) on Saturday night as the Eagles took the lead despite massive absences due to injury and illness.

McStay joined other big goals Joe Daniher (shoulder) and Eric Hipwood on the injury list, though Hipwood could return from his ACL tear next week.

It was the smaller men of the Lions (7-1) who went to work instead, Charlie Cameron (four goals) who continued his good form, Hugh McCluggage (four goals, 26 touches, 10 tackles, four assists) who his shoes filled and Cam Rayner (two goals) is also growing in confidence.

Lachie Neale (30 disposals, 10 clearances) re-checked traffic while winger McCluggage was everywhere as his pursuit of All-Australian honors kicked up a gear in percentage gain.

A deficit while attempting to score his fifth goal broke a run of 14 consecutive Cameron majors this season, while Darcy Fort’s record 12 goals without a miss to start his career also ended with a small score.

Rayner was unlucky not to be able to add another one to his loot. He stepped away from his goal to play on and score a goal just as the halftime siren sounded to nullify his attempt.

That kept it to a 29-point game at the main break, the COVID-19 valiantly devastated Eagles (1-7) after a historic 107-point loss to Richmond last week.

There were eight more changes to the Gabba clash due to injury and eight players in health and safety protocols, not to mention coach Adam Simpson who was also isolated.

With only 20 AFL-listed players available, it had a number of bookmakers offering a record 72.5 point lead for Eagles and $17 chances of an unlikely win at the Lions’ fortress.

Top-up player and first-gamer Jake Florenca (19 disposals, seven tackles, four evictions), however, was undeterred with a match-high nine disposals, eight of which were contested, in the first term alone.

The Eagles’ intensity continued into a messy second quarter, as Liam Ryan’s second and third goals in quick succession made it 49-21 seven minutes before the final break.

But Keidean Coleman scored his first goal of the season and Rayner added another to squelch any faint hopes of a comeback before the Lions ran away with it in a final seven-goal run.