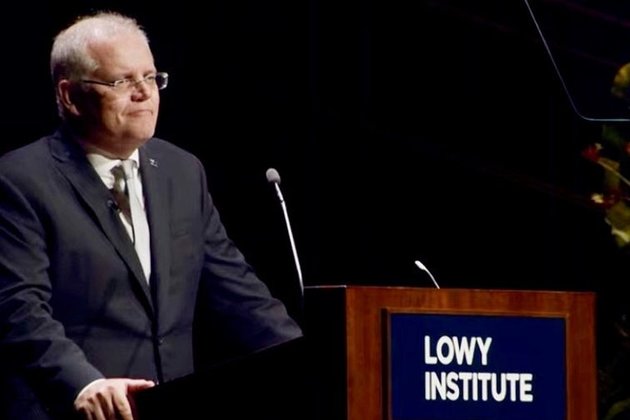 The Reserve Bank of Australia’s recent rate hike will not make it easier for Morrison’s government to get reelected, Tarric Brooker wrote.

IN THE latest news item before Prime Minister Scott Morrison called the upcoming federal election, Labor led the coalition from 53% to 47%. In the four weeks since, the developments of the campaign have let the polls down almost the same position as they were when the match started, in terms of two sides.

Based on this result, there is a mountain to climb for Prime Minister Scott Morrison and the coalition to repeat their comeback in the 2019 election. But with independents and third parties polling very strongly, especially in voters where they have received support from the political fundraising group Climate 200, the picture for the coalition is arguably even more challenging than the headlines suggest.

In the blue ribbon seats of Kooyong and Goldstein, incumbent treasurers Josh Frydenberg and Tim Wilson both recently received poll results suggesting their seats are well and truly up for grabs in their contest with independent challengers, Monique Ryan and Zoe Daniel.

The number of published results of the coalition’s economic mismanagement, which is the worst ever, has now reached 60.

On Tuesday, ahead of the Reserve Bank of Australia’s interest rate announcement, ANZ’s consumer confidence index fell 6% to its lowest level since late 2020. ANZ concluded that the result was mainly driven by the recent acceleration in headline inflation to 5.1% and the associated increase in the likelihood of interest rate hikes by the RBA.

To put the current state of consumer confidence in perspective, with the exception of 2020, confidence is at its lowest level in at least 12 years, despite positive overall GDP and unemployment data.

Despite this bleak household outlook, the RBA raised interest rates by 0.25% this week. Most forecasts were for a 0.1% increase, so the move came as a surprise.

While a rate hike during an election campaign would always pose a challenge to the incumbent, as John Howard found out the hard way in the 2007 election, the atmosphere is complicated by the fact that this is the first rate hike in 11 years.

Never before have Australian borrowers stayed so long without seeing rising interest rates. The coalition may also be on the receiving end of some of the frustrations households are feeling towards the RBA.

As late as October last year, RBA Governor Philip Lowe maintained his position that interest rates would not be raised before 2024. Now, just seven months later, it’s not hard to imagine some borrowers being more than a little annoyed with the RBA.

This hasn’t given borrowers much time to prepare to experience something they were told was years away.

Prime Minister Scott Morrison sees things rather differently, claiming Australians have been preparing “for some time” for a cash interest rate hike.

Labor immediately jumped on the tariff hike as part of its campaign based on the Morrison government’s cost of living management, with Shadow Treasurer Jim Chalmers notes:†

The first RBA rate hike in 11 years has put Morrison’s government in an even more difficult position as concerns about rising interest rates continue to mount and the credibility of the government’s economic management is called into question.

With Labor leading the coalition in terms of the primary vote and by 53% to 47% in terms of bipartisan preference, Anthony Albanese’s election looks set to be lost.

But with two weeks to go, we can expect the Morrison administration to continue trying to somehow repeat its prodigious election comeback of 2019 until polls close on Election Day.