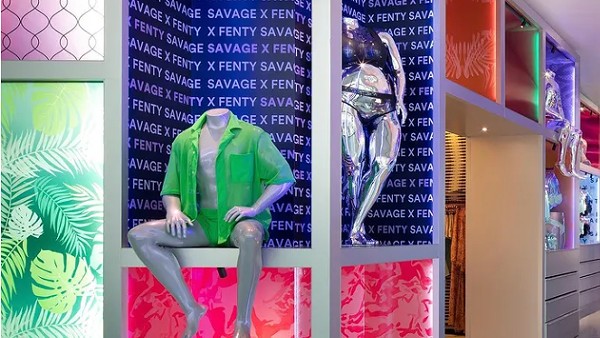 The brand announced its plans to expand its retail locations in an Instagram post on May 4. Along with St. Louis, the lingerie business expands to Detroit, Michigan; Chicago, Illinois; Long Island, New York; Newark, Delaware; and Atlanta, Georgia.

“You were all so good to us on our #SavageXIRL debut, we just had to Xtend the Xperience,” the brand wrote on Instagram. “That’s right, we are Xcited to announce the opening of SIX new retail locations. See you soon: #ChicagoIsSavage #NYisSavage #ATLisSavage #DetroitIsSavage #STLisSavage #DEisSavage.”

Rihanna has been a busy woman building an empire of products since her last album, Anti, dropped in 2016; In addition to the lingerie line, Rihanna also owns Fenty Beauty, launched in 2017, and Fenty Skin, as well as a clothing line that has since discontinued production. Savage X Fenty is a joint venture between company founder Rihanna and TechStyle Fashion Group.

The new stores will join existing Savage X Fenty locations in Arlington, Virginia; Las Vegas, Nevada; Culver City, California; Houston, Texas; and King of Prussia, Pennsylvania. Savage x Fenty also operates a subscription-based online platform where customers can return to the site to purchase new products on a monthly basis. Focused on inclusivity, confidence and fearlessness, the brand has pieces for all genders and sizes up to 4XL, including lingerie, loungewear and nightwear.

There’s no word yet on where the store will be located or when it will open, so stay tuned to find out.