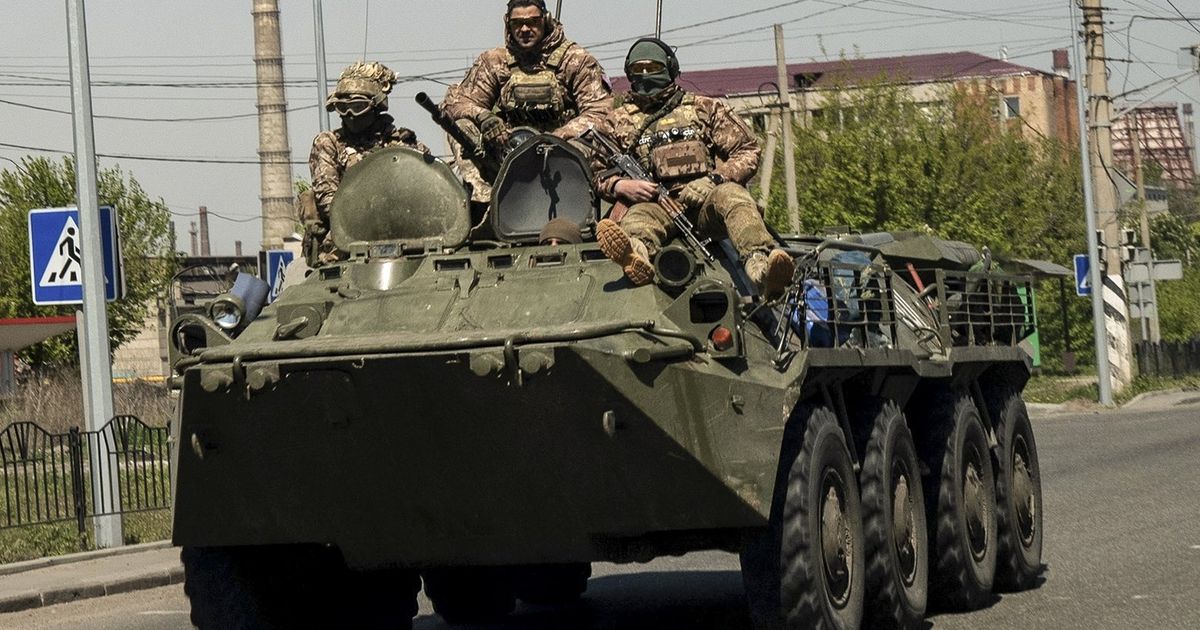 KRYVYI RIH, Ukraine — The request to commit treason came to Oleksandr Vilkul on the second day of the war, in a phone call from an old colleague.

Vilkul, the scion of a powerful political family in southeastern Ukraine long seen as having pro-Russian views, took up the appeal as Russian troops advanced within a few miles of his hometown, Kryvyi Rih.

“He said, ‘Oleksandr Yurivich, you look at the map, you see that the situation is predetermined,'” Vilkul said, recalling the conversation with a fellow minister in a former pro-Russian Ukrainian government.

“Sign an agreement of friendship, cooperation and defense with Russia and they will have good relations with you,” said the former colleague. “You become a great person in the new Ukraine.”

The offer failed spectacularly. Once the war started, Vilkul said, the gray area for him seeped out of Ukrainian politics. Rockets hitting his hometown made the choice clear: He would fight back.

“I responded with profanity,” Vilkul said.

If the early months of the war in Ukraine turned into a military debacle for the Russian army — with the reputation of its commanders and troops tarnished by a forced retreat from Kiev — the Russian invasion also revealed another egregious failure: Moscow’s flawed analysis of the politics of the country it attacked. The miscalculation led to mistakes that were no less costly to the Russian army in life than the erroneous tactics of tank operators steering into swamps.

The Kremlin entered the war expecting a quick and painless victory, predicting that President Volodymyr Zelenskyy’s government would break and leading officials in the largely Russian-speaking eastern region would be eager to switch sides. That didn’t happen.

Political myopia was most significant in the east of the country, political analysts say.

In all but a small number of villages, Russia failed to put local politicians on their side. Ukrainian authorities have opened 38 cases of treason, all of which have targeted low-level officials in individual cases of treason.

“Nobody wanted to be part of that thing behind the wall,” said Kostyantyn Usov, a former Kryvyi Rih MP, referring to Russia’s isolated, authoritarian system.

He said that system in Ukraine had a bleak appeal and noted that there is no widespread cooperation with Russia, including among Ukrainians who speak Russian and share the country’s cultural values.

“We are part of something wonderful,” he said of Ukraine. “It is here, with us, in our group. And they have nothing to offer.”

Other prominent once Russian-oriented politicians, including Ihor Terekhov, the mayor of Kharkov, and Hennady Truchanov, the mayor of Odessa, also remained loyal and became fierce defenders of their cities.

Along with leaders in the southeast, the Ukrainian people also resisted. Street protests against occupation in Kherson continue despite deadly dangers to participants. A man was standing in front of a tank. Kryvyi Rih’s miners and steelworkers have shown no signs of loyalty to Russia.

“Before the war, we had ties to Russia,” said Serhiy Zhyhalov, 36, a steel mill engineer, referring to familial, linguistic and cultural ties. But not anymore, he said. “No one doubts that Russia attacked us.”

The southeastern regions of Ukraine, an expanse of steppes and ruined industrial and mining towns, are now the focus of battles in the war.

Driving south from Kiev, the highway leaves behind the dense pine forests and reed swamps of northern Ukraine, and the landscape flows into vast plains. Farm fields stretch to the horizon, in brilliant yellow-blossoming rapeseed or tilled black soil.

In many ways, the region is intertwined with Soviet and Russian history. The iron and coal industry has shaped southeastern Ukraine. In and around the town of Kryvyi Rih are iron ore deposits; the coal is further east, near the city of Donetsk.

The two mineral basins, known as the Kryvbas and the Donbas, gave birth to a metallurgical industry that attracted many nationalities from the tsarist and Soviet empires from the end of the 19th century, with Russian becoming the lingua franca in the mining towns. Villages remained mainly Ukrainian-speaking.

For years, the region chose Russian-oriented politicians such as Vilkul, a favorite villain of Ukrainian nationalists for promoting Soviet-style cultural events that infuriated many Ukrainians. For example, he hosted a sing-along party in Kryvyi Rih to sing “Katyusha,” a Russian song associated with the Soviet Union’s victory in World War II.

Much of the rest of Yanukovych’s cabinet fled with him to Russia. But Vilkul remained in Ukraine as Kryvyi Rih’s de facto political boss, while his elderly father was the city’s mayor.

And he caught the attention of Moscow. In 2018, Vilkul said, he was told through an intermediary that “the time of chaos is over” and that he must now follow orders from Moscow if he wants to stay in politics in the southeast. He said he refused.

The Russians, he said, hadn’t even bothered to court him, they were just making demands. He said Moscow acted in the same way as other politicians in eastern Ukraine. “They haven’t even tried to convince us,” he said. “They just thought we would be on their side a priori.”

On the eve of the war, Vilkul was most likely the Russian-leaning politician in Ukraine with the broadest popular support. “I was the only one at this level,” he said. He was also seen by Moscow as a promising potential convert for its part when it invaded Ukraine.

That’s when the call came to Vilkul’s cell phone from Vitaly Zakharchenko, a Ukrainian in exile in Russia who was interior minister under Vilkul in Yanukovych’s government. He advised Vilkul to cooperate with the Russians.

“I told him to get lost,” Vilkul said. “I didn’t even think about it.”

Vilkul said he had been misunderstood – by the Russian leadership and its nationalist opposition at home. A great-grandfather, he said, had fought against Belarusians in the Civil War. The Vilkul family, he said, “has been fighting against Russians on this land for a hundred years.”

The Kremlin, he said, had misinterpreted its respect for World War II veterans and support for the rights of Russian-speakers as possible support for a renewed Russian empire, something it said was a mistake. He called the Russians “classic megalomaniacs.”

“They took common language and values, such as attitudes to World War II and Orthodoxy, as a sign that someone loves them,” he said.

A second offer, this time presented publicly by another Ukrainian exile, Oleh Tsaryov, in a Telegram message, came about a week later, when Russian troops had moved within 10 kilometers of the city. “My party members and I have always taken a pro-Russian stance,” the post said, referring to Vilkul and his father, adding ominously that “cooperation with the Russian military means preserving the city and lives.”

In the early days of the invasion, Vilkul ordered the mining companies in the region to park heavy equipment on the city’s airport runway, to thwart an air raid, and on access roads, slowing tank columns. The tires were then popped and engines turned off.

The city’s steel industry began producing tank barriers and plates for armored vests. Zelenskyy, whose hometown is Kryvyi Rih, appointed Vilkul military governor of the city on the third day of the war, even though the two had been political opponents in peacetime.

Vilkul has been wearing a fatigue and a camouflage bandana. A parade of Ukrainian nationalists, including paramilitary right-wing leader Dmytro Yarosh and a prominent activist and military officer, Tetiana Chernovol, once sworn enemies of the Vilkul family, have appeared in his office to shake hands.

“If we’re fighting the Russians,” he said, “have we actually ever been really pro-Russian?”

This story was originally published on nytimes.com. Read it here.