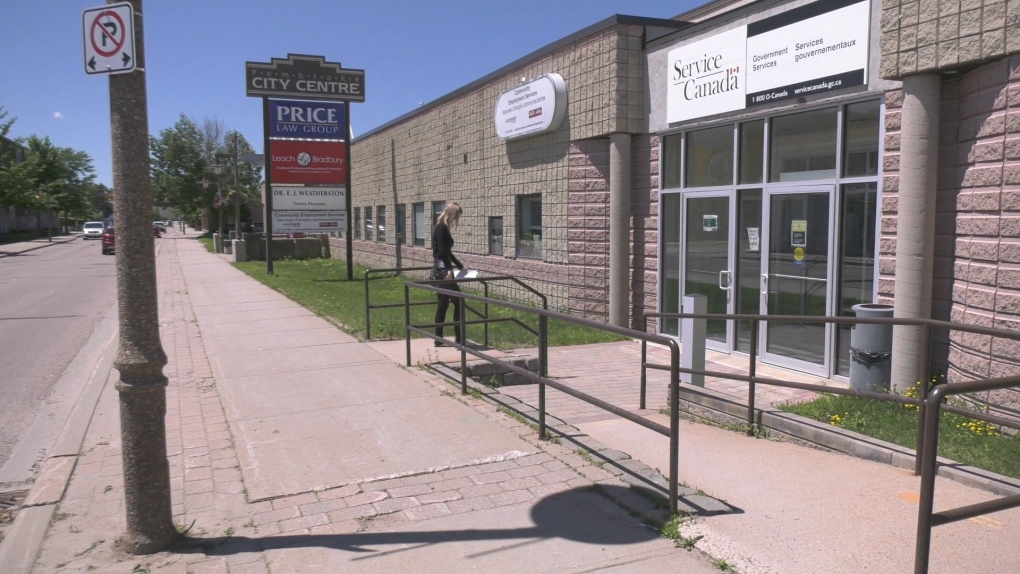 For weeks, thousands of Canadians have queued, many at night, to apply for a passport at Service Canada’s offices.

But at some smaller locations in eastern Ontario, the lineups are just a trickle, with some people driving for hours to take advantage.

Outside a Service Canada location in Montreal, a line runs down the street, with people bringing lawn chairs and sleeping bags for camping.

In Gatineau, Que. on thursday there was a smaller queue but still a long wait.

But there was no queue at the Service Canada site in Cornwall.

“I walked in there and said, ‘Where is everyone?’ There is nobody!” said Louisa Owusu-Ansah, who rode from Vaudreuil-Dorion, Que.

“There is a long line in Quebec and Ottawa so this is the closest I could get to and luckily there was no one waiting when I arrived,” she added.

She said a friend tipped her to travel to a smaller town to renew her passport after previously attempting to drop off paperwork in Ottawa and Quebec.

“There were so many people and I had to go somewhere, so I left and came back at sunrise the next day to wait,” Owusu-Ansah said.

Another woman said she also drove 45 minutes from Quebec to drop off her paperwork.

Other rural locations in eastern Ontario were also quiet on Thursday, such as Pembroke and Brockville.

In three hours at the Brockville location, only two people told CTV News they were there for passports.

A woman drove from Winchester to skip the long lines in Ottawa; the other dropped off her paperwork in April and was looking for an update. She is leaving the country and needs it on June 29.

Back in Gatineau, a man from Montreal drove to wait for hours and hours. He also sent in his papers weeks ago, wondering where his passport was.

“They have limited capacity and they are full,” he said. “You can feel the frustration that people have in this situation.”

He was due to leave on Monday. Not sure if that will happen now.

“People who leave on Friday, Saturday and Sunday have more priority than us. I’m very, very sad about this. Very, very frustrating,” he added.

While rural locations offer a faster service for renewing or applying for a passport, Service Canada tells people that the estimated wait time to receive the passport is still 9 to 11 weeks.

“I don’t know if it’s because of the time (of the day), but I still think it’s worth driving to small towns,” Owusu-Ansah said. “There is no waiting time.”

On Thursday, the minister in charge of passport services instructed Service Canada to do more in major urban centers where delays in processing passports are greatest.

“In the early morning, more and more managers and executives are helping and speaking directly to clients to determine the queues at specialized passport sites,” the statement reads.